Kim Kardashian West’s former friend, Larsa Pippen, says Travis Scott made a surprising accusation against her after her fallout with the Kardashian family. 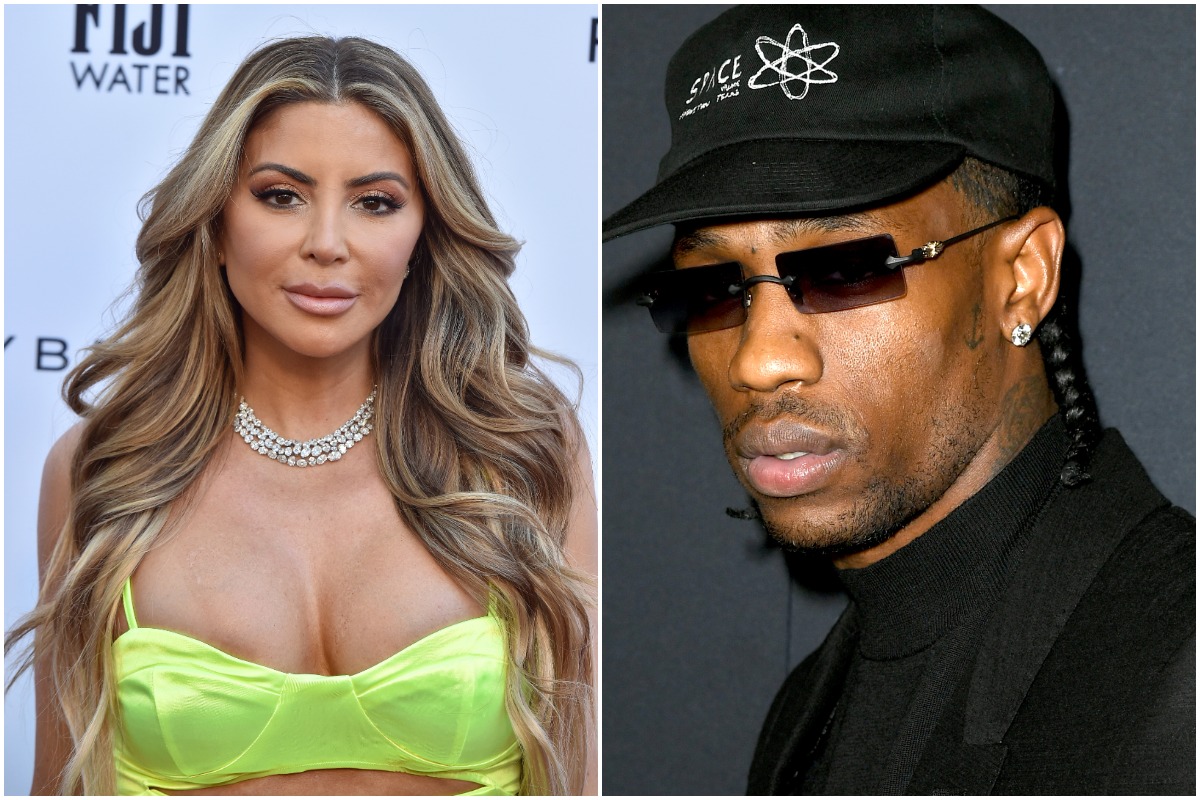 In November 2020, Pippen appeared on Hollywood Raw Podcast with Dax Holt and Adam Glyn. During the podcast, the hosts asked Pippen about her relationship with the Kardashian family. Pippen shared she couldn’t give much insight into exactly what happened between her and Kardashian West, but believes Kanye somehow facilitated the separation. While she said she’s always had a good relationship with Kanye, she feels he wants to isolate Kardashian West from Pippen.

“I just feel like Kanye was in a place where he really didn’t trust anyone with Kim,” Pippen explained on the podcast.

Since they tied the knot in 2014, Kardashian West and Kanye have seemingly changed their behaviors when they’re around each other. Over the past several years, Kardashian West’s style evolution has been something that Kanye suggested early into their relationship. Additionally, Kanye became more mainstream as a rapper due to his wife’s reality show appearances.

Although their marriage changed both Kardashian West and Kanye through the years, Pippen said she’d noticed significant changes in her former friend’s personality since she’s been with West. Pippen said West no longer speaks to her and has “brainwashed” Kardashian West and her family to do the same. Pippen said she witnessed the family’s changes firsthand during a recent outing where she saw Kylie’s ex-boyfriend, Travis Scott.

“I feel like I ran into Travis Scott one night at a club, and Travis called Kylie and said that I was hitting on him,” Pippen recalled. “That never happened. So, then they were like Kanye says she’s this and then she was hitting on Travis. By the way, that never happened. I left with the same people I came with. That never freaking happened. Was he delusional? I know he raps about being the highest in the fucking room. So clearly, maybe he was the highest in the fucking room. He imagined all this shit because it never happened. I would never do that. I would never in a billion years do that.”

Although Pippen has her thoughts about why Kardashian West and her family no longer follow her on Instagram, the tribe’s reasoning is reportedly less complicated than it seems. According to E! News, Kardashian West is primarily focused on her career and her family more than her friendship with Pippen. An insider shared that Kardashian West has no ill feelings toward Pippen and was open to maintaining a relationship with The Real Housewives of Miami alum offline.

“The friendship just naturally grew apart over a period of time because life happens. Kim is focused on matters at home—getting Kanye healthy, her four young kids, law school, and juggling her businesses,” the source said. “They are just in a different place in their lives and are not as close as they used to be, but have no ill feelings at all and still stay in touch.”