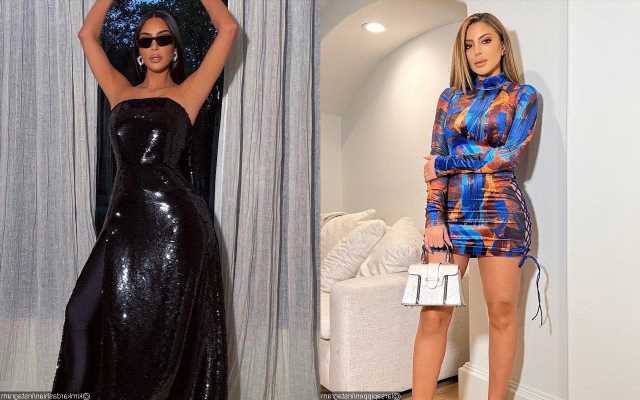 The ‘Real Housewives of Miami’ star also denies that they are ever throwing shade at one another, adding she does ‘love them [the Kardashian family],]’ and that her ‘children love them.’

AceShowbiz –Larsa Pippen gives more insight into the current nature of her relationship with Kim Kardashian. “The Real Housewives of Miami” star got candid about the matter in a new interview with Access Hollywood on Thursday, December 16.

“We are friendly, we’re friends,” Larsa said of her bond with the SKIMS founder. “You know what, I think the whole [Jordyn Woods cheating scandal with Tristan Thompson] situation that happened before me kind of dictated how I was perceived from people that don’t know anything about it. I’m like, ‘How did I fall into this?’ “

The 47-year-old TV star went on to say, “I love them [the Kardashian family], my children love them. Our families are so intertwined.”

She also denied that they were ever throwing shade at one another.”I feel like the person I had the conflict with [on RHOM] just wanted a reason, she may have been drunk, I don’t know,” she shared, referring to Adriana de Moura name-dropping Kim. “She just kept bringing up my friends and I had nothing to do with that conversation.”

“I wanted no part of that conversation, by the way. I just feel, like, I’m in a really good place. I’m in a different place in my life than when I was on season 1; I have so much going on for myself that I’m not going to let someone come in and just, like, tear down all the stuff that I’ve worked so hard to get.”

Prior to this, Kim also shut down rumors suggesting she shaded former best friend Larsa. The “Keeping Up with the Kardashians” star insisted her social media post was not directed at anyone. In the said post, Kim wrote in the caption, “They can steal the recipe but the sauce won’t taste the same.”

People believed that she shaded Larsa as her witty remark came after a trailer of “The Real Housewives of Miami” season 4 featured Adriana accusing Larsa of trying to be a Kim wannabe. She told Larsa during a group dinner, “You left this group of women, come back with a butt as big as Kim Kardashian’s, trying to become the new Kim Kardashian, which you’re never going to be.”

A fan who commented underneath Kim’s post as saying, “If this is the shade she was throwing, im am alll here for the pettiness.” Kim later responded, “No shade throwing, I don’t do subs. I want everyone to win. I just had a good caption LOL.”