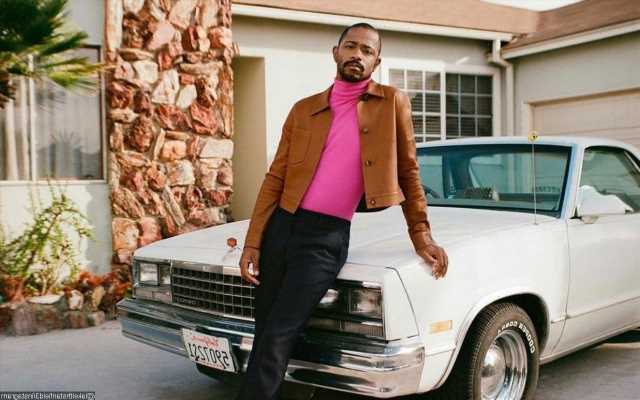 In a now-deleted Instagram post, the 30-year-old ‘Judas and the Black Messiah’ star insists that people have total freedom when it comes to ‘medical decisions.’

AceShowbiz –LaKeith Stanfield has again shared a message on social media which many interpreted as an anti-vaccine sentiment. The “Judas and the Black Messiah” star took to Instagram to insist that people have total freedom when it comes to “medical decisions.”

“Your medical decisions are YOUR BUSINESS,” the Oscar-nominated actor’s post, which has since been deleted, read. “Everybody isn’t entitled to those decisions just because we live in a scary time.”

While LaKeith didn’t specifically mention about COVID-19 vaccine in the post, the actor confrmed that the post was about vaccine while responding to some of fans’ comments underneath the post. “[I] know and i want to provide some balance on this issue because i think that ppl are sometimes being violent to ppl on the other side and I’m vaccinated,” LaKeith said in response to the comment from Instagram user @j.swanson95.

He went on to say, “I’m not telling ppl what to do but respect people and do your part respectfully.” 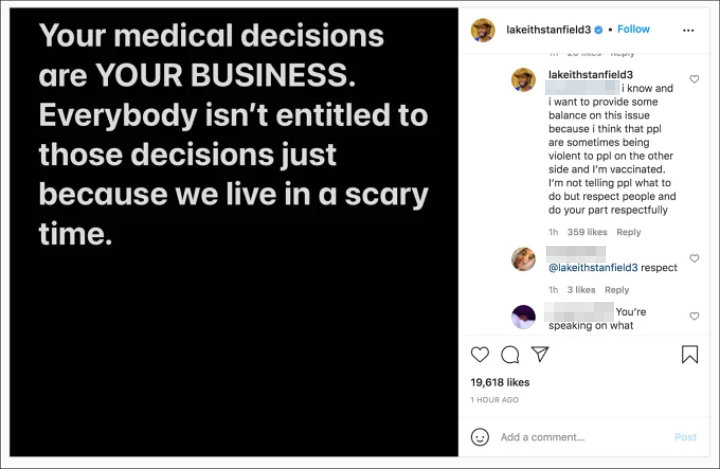 LaKeith Stanfield doubld down on his anti-vax comments.

That aside, the “Atlanta” star was trying to make a move on singer Grimes following her split from Elon Musk. He took to his Instagram to casually ask if she was “taking applications” for a new man. However, he cheekily said that he’s “asking for a friend.”

This wasn’t the first time LaKeith has publicly shot his shot with one of his fellow celebrities. In March 2020, the “Get Out” actor asked out singer Ari Lennox on Instagram Live. “Can you be my date? Let’s go,” so he allegedly asked. Fans, however, thought that it was a PR stunt considering the fact that Ari was on the soundtrack to LaKeith’s movie, “The Photograph“.

LaKeith is romantically linked to actress Xosha Roquemore. It remains to be seen if they are still together.