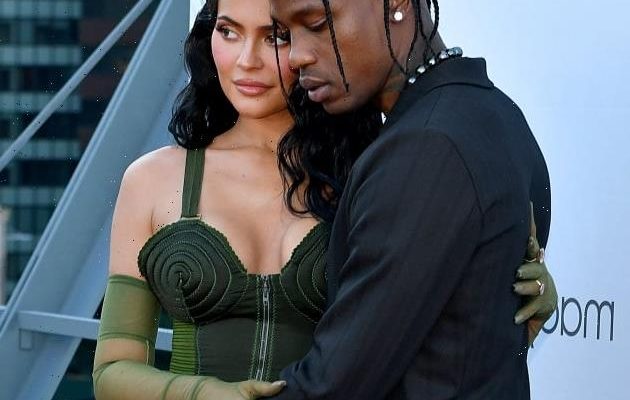 It’s not often that Kylie Jenner goes a full month without posting anything on Instagram.

In fact, it’s rare that a single day passes in which Kylie doesn’t offer up something in the way of new content for her 286 million followers.

Sadly, the reasons for this sudden hiatus are well known to most of those followers.

On November 5 of this year, 10 people lost their lives at a Houston music festival hosted by Jenner’s partner, Travis Scott.

An out-of-control crowd caused the deaths along with hundreds of injuries, and many observers of the situation feel that Scott is at least partially to blame.

Both Travis and Kylie have issued public statements regarding the tragedy, but they’ve both decided to otherwise steer clear of all forms of media.

The couple was originally scheduled to appear on this month’s cover of W magazine, but both the cover and the accompanying article about Scott and Jenner were pulled at the last minute.

The decision was so abrupt that the issue was already printed, and some copies had already been sent out to newsstands.

“W editors have cleared any planned coverage of Travis and Kylie from their website, but the magazine was already printed, and now they are trying to stop the delivery trucks,” a source told Page Six at the time.

“In light of what happened at Astroworld, the interview and cover lines seem inappropriate, to say the least.”

Since some copies wound up in the hands of retailers, it was only a matter of time before content from the scrapped issue wound up on social media.

That finally occurred over the the weekend, when an Instagram user posted a photo of Kylie and Travis’ cover, along with some excerpts from their interview.

Now, the article is creating some confusion among fans, thanks to a claim by the magazine that Scott and Jenner are no longer a couple.

“Travis and Kylie seemed very comfortable under the sheets, but even though they will soon have two children together — their daughter, Stormi, is 3 — they are not a couple, and haven’t been in two years,” the author of the article writes.

“As they expect their second child together, former couple Kylie Jenner and Travis Scott are creating their own definition of family.”

The article later states that Kylie is following in Kourtney and Khloe’s footsteps, both of whom created families with male partners, “without necessarily ever marrying them.”

Despite the fact that the interview took place before the Astroworld tragedy, the confusing chronology of events led to rumors that Kylie broke up with Travis because of what happened at the concert.

Now, however, multiple sources have come forward to set the record straight:

It seems that Kylie and Travis did break up back in 2019, but they got back together shortly thereafter, and they’ve been together ever since.

One insider tells TMZ that Scott and Jenner are “legitimate lovebirds” who are “100% together at the moment.”

The insider points out that “neither Kylie nor Travis is ever quoted directly about defining [their relationship],” though there is a point at which Kylie hints at the possibility of one day marrying Scott:

“I’m still only 24. And Travis and I are happy where we are. But who knows?” she’s quoted as saying.

“I’m pregnant now and when I wear a wedding dress, I don’t want to be pregnant.”

Khloe Kardashian also shot down the rumors that Kylie and Travis have broken up:

“They are very much a couple,” Khloe commented on a TikTok post showing portions of the article.

So Scott’s family situation is as stable as ever — but in every other respect, the rapper’s future is very uncertain.

Multiple families of victims have declined Scott’s offer to pay for their loved one’s funeral, and legal experts say the forthcoming lawsuits could leave Scott on the hook for hundreds of millions of dollars.

At the moment, it doesn’t look as though Scott will face any criminal charges, but a police investigation into the matter is still ongoing.

As for Travis’ career, it’s anyone’s guess if it will ever recover.

In addition to the pulled magazine cover, the release for a line of Nike shoes bearing Scott’s name has been postponed indefinitely.

Needless to say, this matter is far from over.