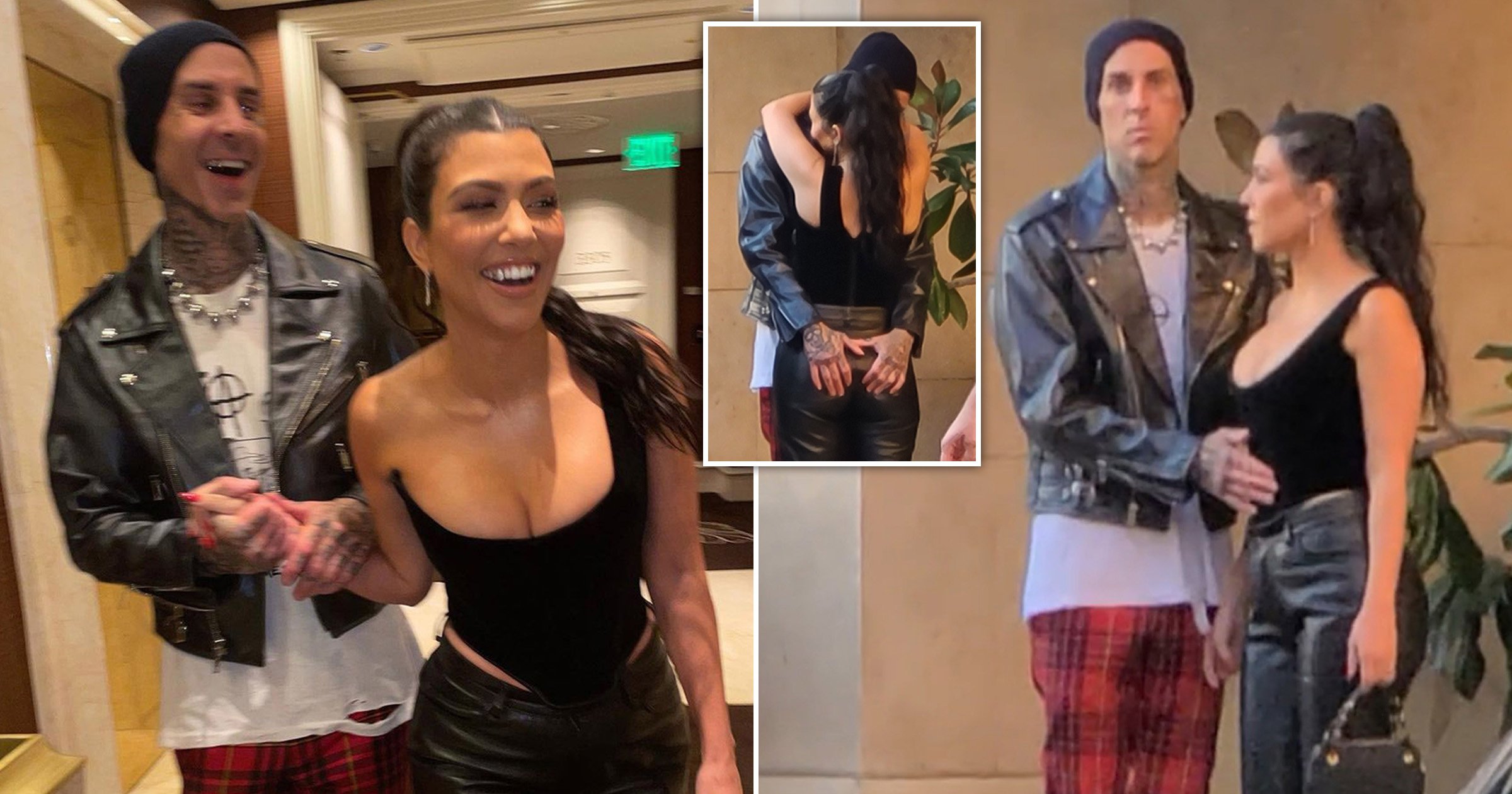 Kourtney Kardashian and Travis Barker have sent the rumourmill spinning over their recent trip to Las Vegas.

The Keeping Up With The Kardashians star and Blink 182 musician went public with their relationship in February, and have been inseparable ever since.

Pictures emerged of the couple, Kravis if you will, looking seriously loved up and unable to keep their hands off one another as they left their hotel for the UFC fight.

In one snap, the All The Small Things singer was seen with his hands on his girlfriend’s stomach as they waited for their car.

In another photo, he could be seen grabbing her bum as she reached up to hug him.

They caused quite a stir when they eventually took their seats at the fight, ready to watch Conor McGregor take on Dustin Poirier in the ring.

The camera panned to the pair as the commentators remarked on the star-studded audience, and they used the moment to not just kiss, but went full tongue with the embrace.

It may have been a very important weekend for the lovebirds – who have been close friends for years before making their relationship official.

In fact, a pal of the mum-of-three raised eyebrows with a snap of the lovebirds on Instagram, making a joke about Las Vegas weddings in the caption.

Hair stylist to the stars Glen Oropeza, aka @GlenCocoForHair, set tongues wagging when he penned alongside the post: ‘…NOWWW I understand why ppl tie the knot in Vegas.

Well, they wouldn’t be the first showbiz couple to take the plunge in LV, with Sophie Turner and Joe Jonas saying their ‘I dos’ in 2019.

Although we would seriously be all there for a surprise Kravis wedding, most of Kourtney’s supremely famous family didn’t appear to be in Vegas over the weekend and we doubt any vows would be said without every sibling, grandmother, niece, nephew and pet in the room.

Metro.co.uk has contacted reps for Kourtney and Travis for a comment.