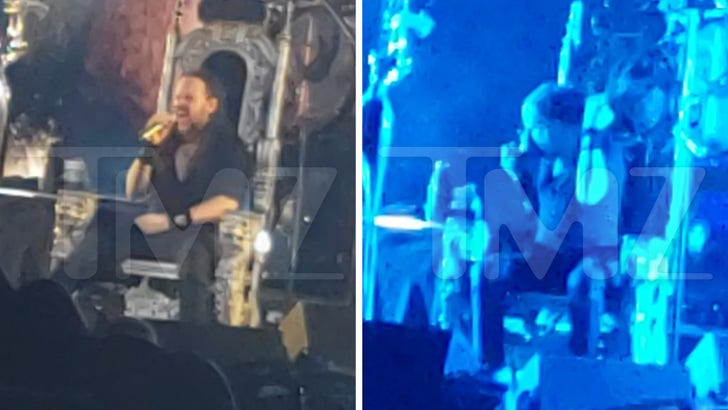 Korn lead singer Jonathan Davis is gutting it out onstage as he continues to recover from the coronavirus — he needed an oxygen mask onstage just to get through a performance.

Jonathan and Korn returned to the stage Friday night in the Chicago suburb of Tinley Park after canceling a bunch of shows when he contracted COVID-19 earlier this month — and it’s clear he’s still struggling with the lingering aftereffects. 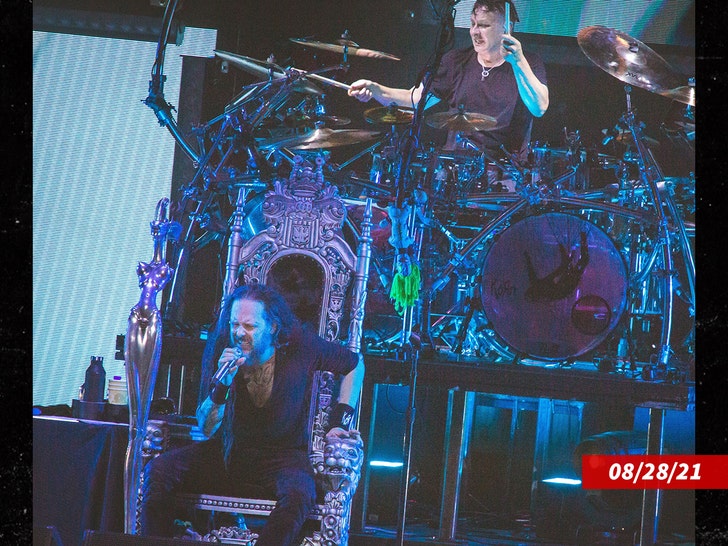 Video shows Jonathan taking occasional breaks to suck in SOME pure O2 between songs, and he spent the majority of the concert sitting down on a huge throne.

Korn guitarist Brian Welch says Jonathan’s still feeling “physically weak and having a mental battle” … and he’s drawing on the energy from fans.

Worth noting … Cook County, Illinois recently issued a new indoor mask mandate due to surging COVID cases — but bands are playing on, as you can see.