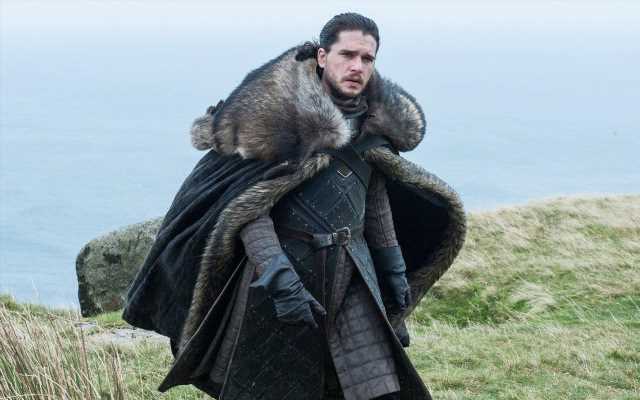 During an appearance on ‘The Tonight Show Starring Jimmy Fallon’, the ‘Game of Thrones’ star shares his belief that the Second World War has compelled men to have mental blockage.

AceShowbiz –Kit Harington is keen to leave his “Game of Thrones” character in the dust, insisting that’s a role he no longer wants to play.

The Brit shot to fame as stoic Jon Snow on the hit fantasy series, but admits the world doesn’t need any more emotionless macho roles, and he’s looking for parts that take him far away from “Game of Thrones”.

“I feel that emotionally men have a problem, a blockage, and that blockage has come from the Second World War, passed down from grandfather to father to son,” Harington said during an appearance on “The Tonight Show Starring Jimmy Fallon“.

“We do not speak about how we feel because it shows weakness, because it is not masculine. Having portrayed a man who was silent, who was heroic, I feel going forward that is a role I don’t want to play any more. It is not a masculine role that the world needs to see much more of.”

In his latest role in the Amazon Prime anthology series “Modern Love“, Kit plays an Irish tech boffin who falls in love with a student on a train. There’s even a “Game of Thrones” gag in the episode when the brother of Harington’s character tries to understand what a medievalist studies.

When speaking to E! News about the particular scene, the husband of actress Rose Leslie assured that it was not an improvisation from co-star Jack Reynor. “No, that was in the script,” he stated. “And it’s one of the main reasons I did the piece. You know, I read that and I pissed myself laughing.”