Editors note: Deadline’s Read the Screenplay series debuts and celebrates the scripts of films that will be factors in this year’s movie awards race.

Richard Williams became King Richard because of the lineage he cultivated. Will Smith plays the father to tennis sensations Venus (Saniyya Sidney) and Serena Williams (Demi Singleton) in the Warner Bros biopic. The real Williams sisters are executive producers along with their sister Isha Price.

Before they were born, Richard wrote a 78-page plan to train his daughters to become tennis champions. When Venus and Serena were children in the ‘90s, they practiced in Compton. The film shows how they made the most of rundown neighborhood tennis courts, and coped with nearby gangs interrupting their practice.

King Richard shows Richard approaching coaches and managers with videotapes of his daughters. Paul Cohen (Tony Goldywyn) and Rick Macci (Jon Bernthal) were two who took a chance on Venus. By 1994, she was competing with pros. That’s when Richard decided she’d take a break to focus on her education while she trained with Macci in Florida. By then, the sport was already hooked on her.

Meanwhile, Richard’s wife Oracine (Aunjanue Ellis) keeps training Serena. The film touches on some of the tensions Richard’s plan caused within the family, though history proved them validated. King Richard ends before Serena goes pro, but previews how she would exceed even her sister’s breakthroughs in the sport.

Zach Baylin wrote the script for director Reinaldo Marcus Green’s film, which opened November 19 in theaters and on HBO Max after playing the Telluride, BFI London, Chicago and AFI Fest among other fall festivals. Baylin’s screenplay is nominated for a Critics Choice Award. Smith won the Golden Globe and earned a SAG Award nomination today for his performance; the actors guild also nominated the ensemble for its Cast award. 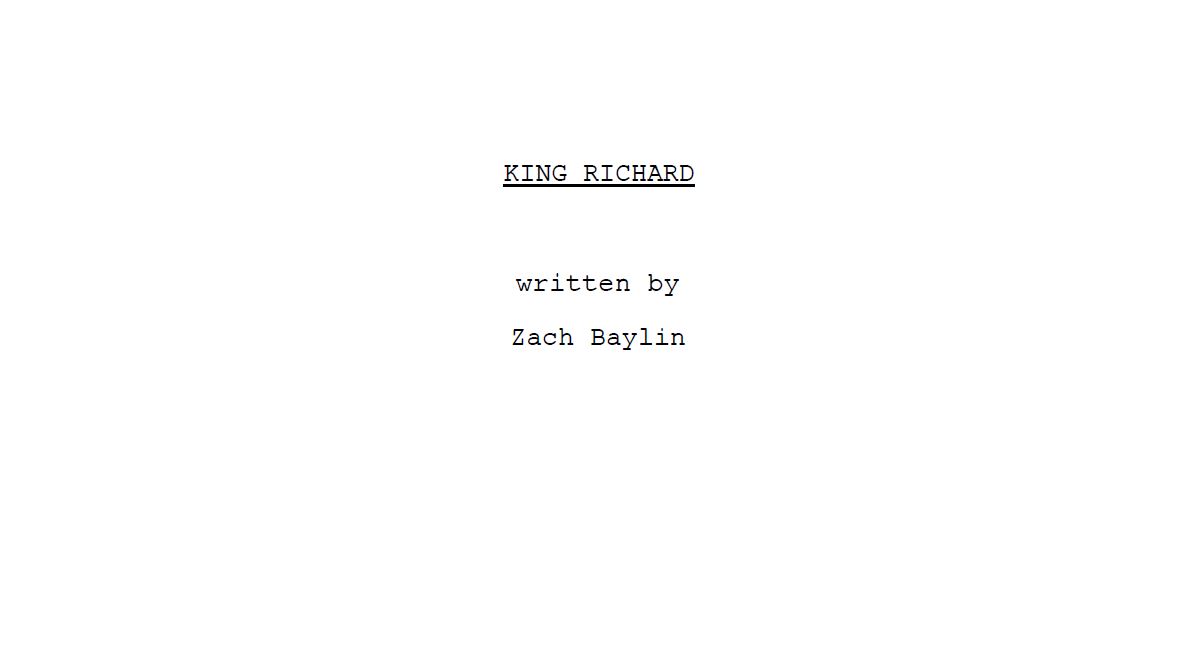 ‘Dune’: Read The Screenplay For Denis Villeneuve’s Revival Of A Sci-Fi Epic Penned With Jon Spaihts And Eric Roth

‘Being The Ricardos’: Read The Screenplay For Aaron Sorkin’s Snapshot Of Lucille Ball-Desi Arnaz Love Story

‘C’mon C’mon’: Read The Screenplay By Mike Mills Inspired By His Own Take On Fatherhood