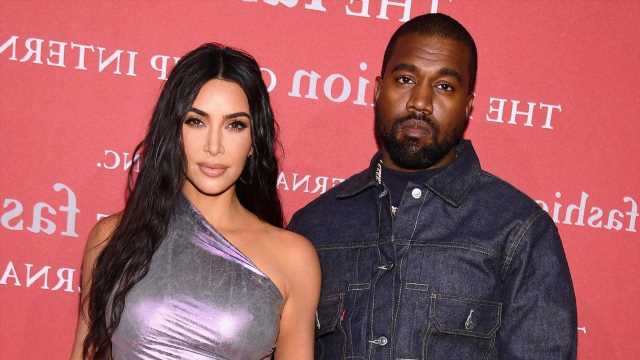 Kim Kardashian is wishing a Happy Father’s Day to the dads in her life — including Kanye West. The Keeping Up With the Kardashians star included her estranged husband in her Father’s Day post on Sunday, sharing her “unconditional” love for all those pictured.

“Happy Father’s Day to all the amazing dads in our lives! Love you unconditionally!!!” she wrote alongside a slideshow of images of sweet moments with her late father, Robert Kardashian, Kanye, Caitlyn Jenner, Rob Kardashian, Scott Disick, Tristan Thompson and Travis Scott.

Later on Sunday, fans will see part 2 of the Keeping Up With the Kardashians reunion. On part 1, Kim addressed her split with Kanye, though wouldn’t reveal the reason they went their separate ways.

“I honestly don’t think I would even say it, here on TV,” she said.

“It was not one specific thing that happened on either part,” Kim explained. “I think it was just a general difference of opinion on a few things that led to this decision.”

“In no way would I want someone to think that I didn’t give it my all, or really try. You know, we have four kids. There’s nothing that… kids want more than to see their parents together. I lived that myself,” she noted.

As for their relationship now, the reality star said the rapper will “always be family.”

“We have an amazing co-parenting relationship,” she added. “I respect him so much, and I think we’ll have — You know, that was my friend first, first and foremost, and for a long time, so I can’t see that going away. I will forever be Kanye’s biggest fan.”

Kim also opened up about dating in the future — and shot down rumors she was seeing Van Jones or Maluma.

“[I would want] someone that would understand what this life is about, though,” she added. “I value privacy, and I just want something that’s, like, really real.”

As for Kanye, the father of four has publicly moved on with Irina Shayk — and a source told ET Kim is happy for the pair.

“Kim is happy for Kanye and Irina,” ET’s source said. “At the end of the day, Kim just wants Kanye to be happy. She knows how incredible of a man he is, their relationship just ran its course and he deserves to be with someone who makes him happy.”

See more in the video below.