Amid what appears to be a serious bipolar episode, Kim Kardashian West is speaking out in defense of her husband Kanye West.

Taking to her Instagram Story on Wednesday, the reality TV star publicly addressed his struggles with mental health, as well as why she and her family have been unable to get him help. In an attempt to shed light on the rapper’s current state, Kim wrote:

“As many of you know, Kanye has bi-polar disorder. Anyone who has this or has a loved one in their life who does, knows how incredibly complicated and painful it is to understand. I’ve never spoken publicly about how this has affected us at home because I am very protective of our children and Kanye’s right to privacy when it comes to his health. But today, I feel like I should comment on it because of the stigma and misconceptions about mental health.”

Perhaps it was West telling the audience at a South Carolina political rally how he and Kim considered aborting North West that the momma of four felt driven to speak up today.

“Those that understand mental illness or even compulsive behavior know that the family is powerless unless the member is a minor. People who are unaware or far removed from this experience can be judgmental and not understand that the individual themselves have to engage in the process of getting help no matter how hard family and friends try.”

Further, the momma of four added:

“I understand Kanye is subject to criticism because he is a public figure and his actions at times can cause strong opinions and emotions. He is a brilliant but complicated person who on top of the pressures of being an artist and a black man, who experienced the painful loss of his mother, and has to deal with the pressure and isolation that is heightened by his bi-polar disorder. Those who are close with Kanye know his heart and understand his words some times do not align with his intentions.

Living with bi-polar disorder does not diminish or invalidate his dreams and his creative ideas, no matter how big or unobtainable they may feel to same. That is part of his genius and as we have all witnessed, many of his big dreams have come true.”

Take a look (below): 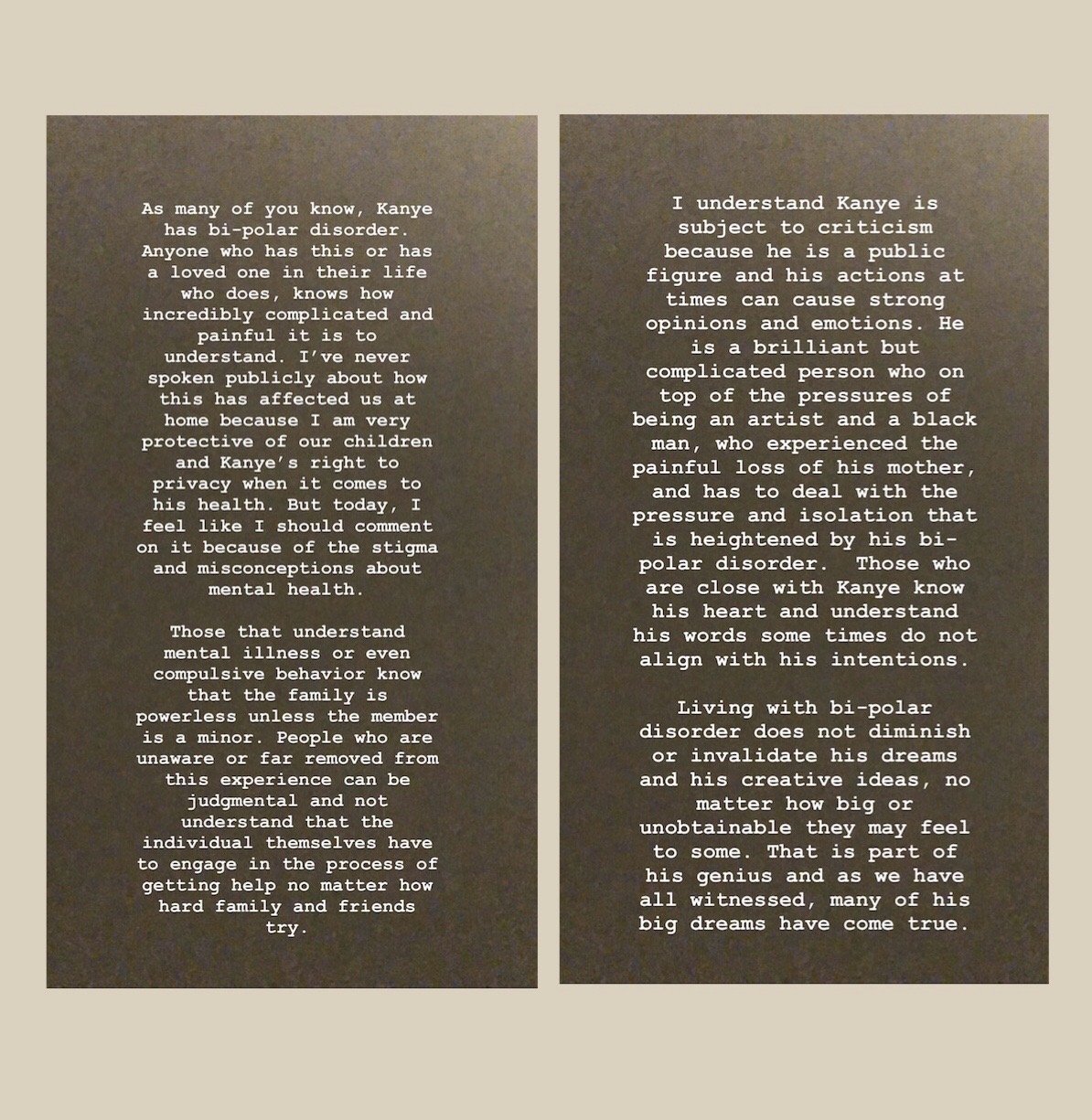 The Keeping Up with the Kardashians star concluded, writing:

“We as a society talk about giving grace to the issue of mental health as a whole, however we should also give it to the individuals whoa re living with it in times when they need it the most. I kindly ask that the media and public give us the compassion and empathy that is needed so that we can get through this. Thank you for those who have expressed concern for Kanye’s well being and for your understanding.

With Love and Gratitude, 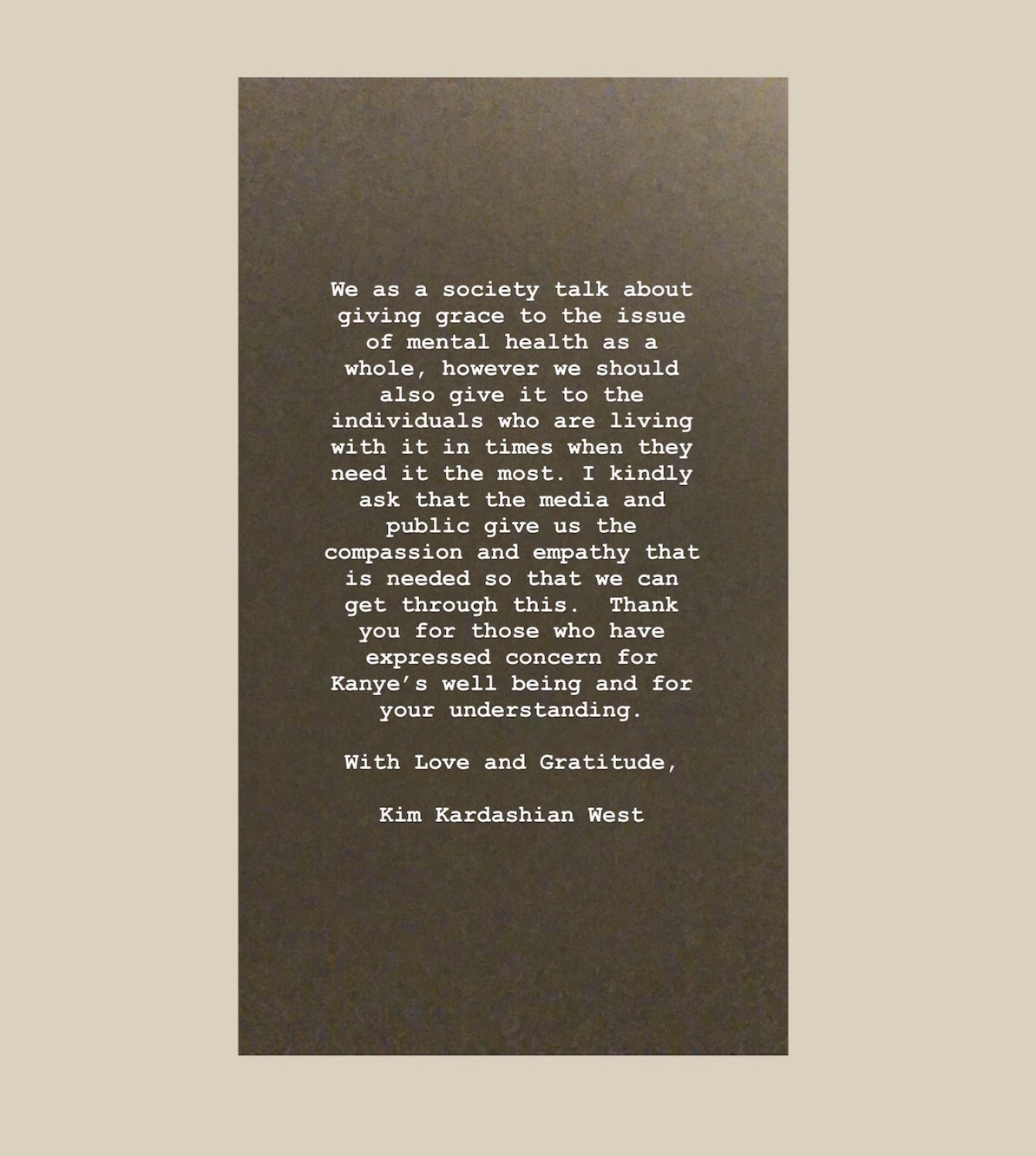