Princess Charlotte is turning six and looking so grown up.

On Saturday, Kensington Palace released a new portrait of their daughter in advance of her sixth birthday on Sunday. The photo, which features Charlotte in a blue, floral dress with her hair down, was taken by the Duchess of Cambridge.

According to a release from Kensington Palace, Kate Middleton snapped the picture of Charlotte this weekend in Norfolk.

Charlotte and her siblings—Prince George, 7, and Prince Louis, 3—are thought to be spending her birthday weekend at the Cambridge family’s country home, Anmer Hall, which is located on Queen Elizabeth II’s Sandringham Estate in Norfolk (where the royal family famously spends their Christmas holidays).

This is the second year in a row Charlotte will celebrate her birthday in Sandringham. Last year, the young royal celebrated her fifth birthday at Anmer Hall as the Cambridges self-isolated in the early months of the coronavirus pandemic.

Kensington Palace released four photos of Charlotte for her fifth birthday, which showed the young princess helping pack up and deliver food packages for isolated pensioners close to the Cambridges’ home in Norfolk.

“It’s been ups and downs, like a lot of families self-isolating,” Kate Middleton said of isolating with her kids at the time. “George is much older than Louis is and things, but they are aware, I’m always surprised. And although you don’t want to scare them and make it too overwhelming, I think it is appropriate to acknowledge it in the simple ways and age-appropriate ways.” 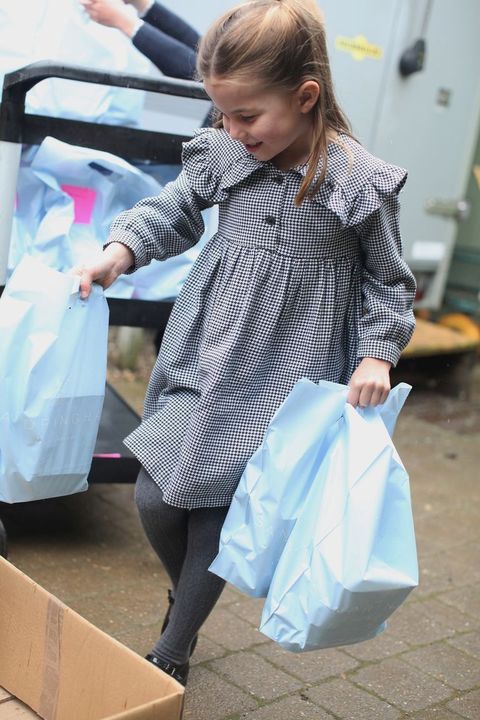 William didn’t hesitate before answering, “No, they’re about as cheeky as each other. They’re very cheeky.”