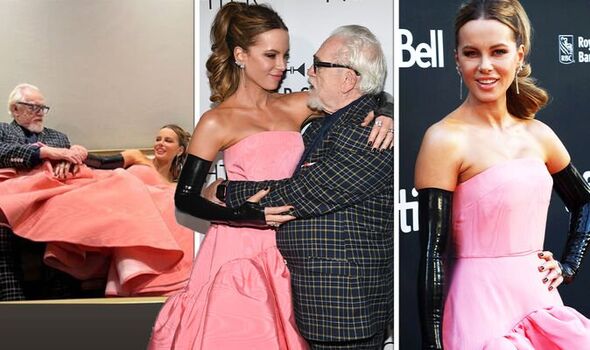 Kate Beckinsale stunned as she attended the Prisoner’s Daughter premiere at the 2022 Toronto International Film Festival.

The star, 49, dazzled in a hot pink number as she took to the red carpet alongside one of her co-stars, Succession’s Brian Cox.

Kate looked pretty in pink as she struck up a series of poses at the premiere, but it was her unusual choice of armwear which captured attention.

The actress donned a pair of black, latex fingerless gloves which went all the way up her arm.

In view of her 5.5 million instagram followers, Kate told how Brian was fascinated with the accessory, writing: “@coxusa pondering what he called my ‘arm condoms’,” while lying across his lap in the snap. 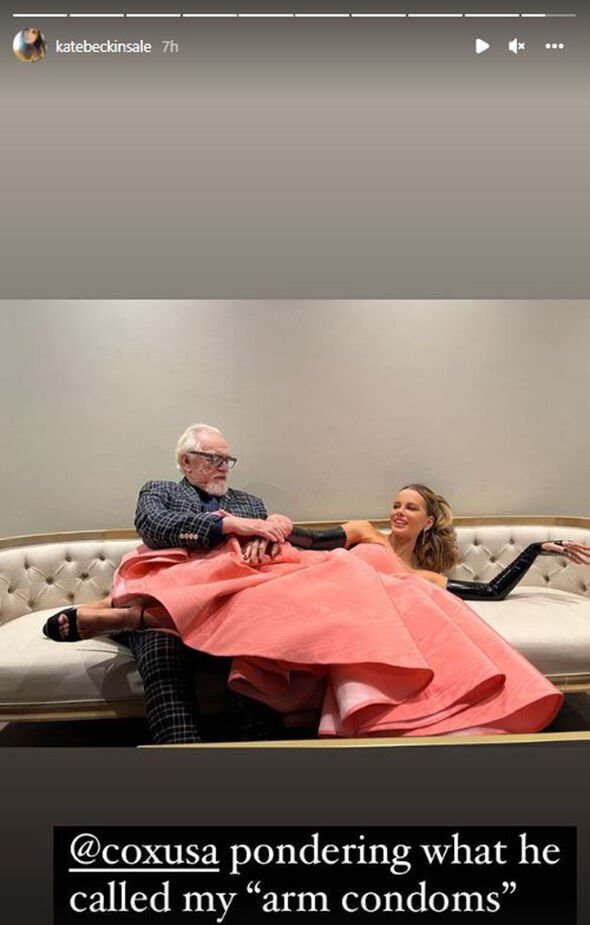 The star told how Brian Cox called them her “arm condoms” 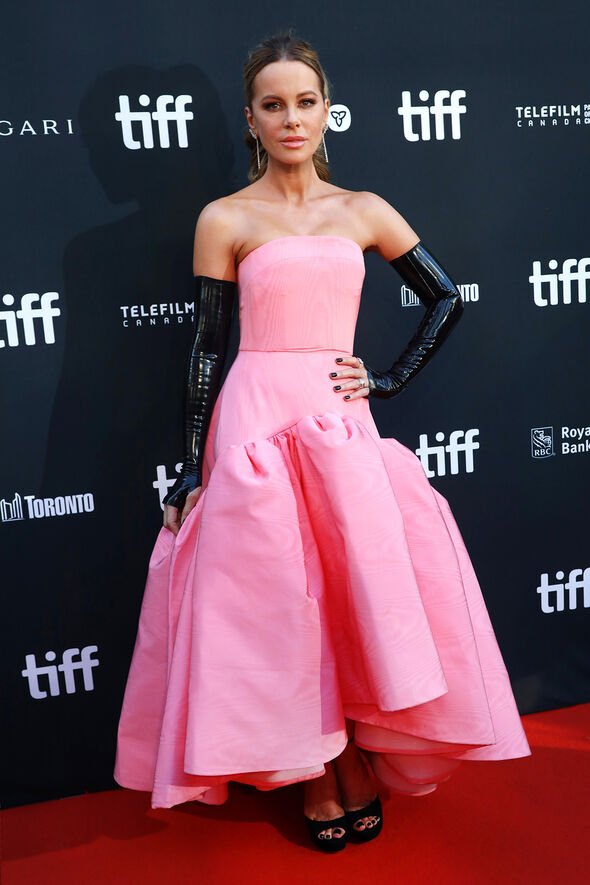 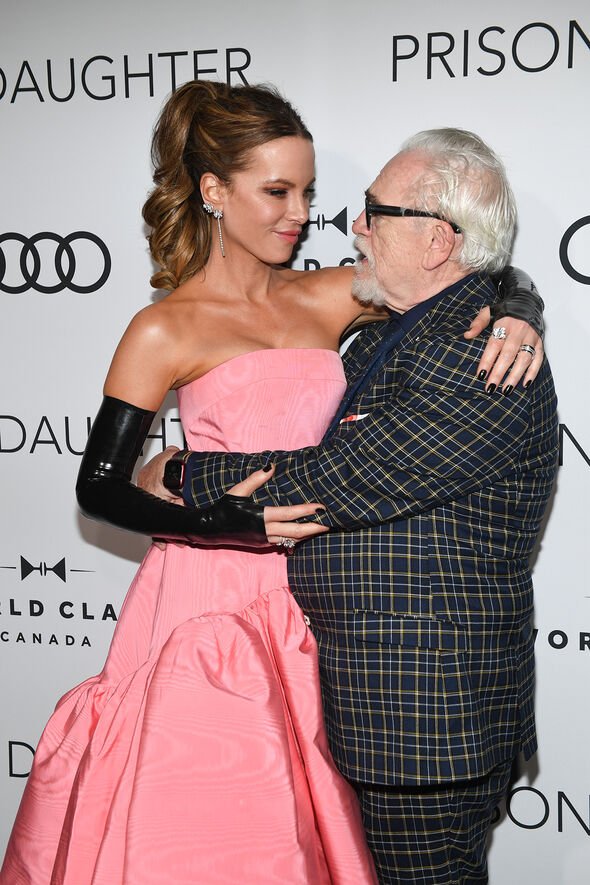 Kate Beckinsale appeared to be listening intently to her co-star 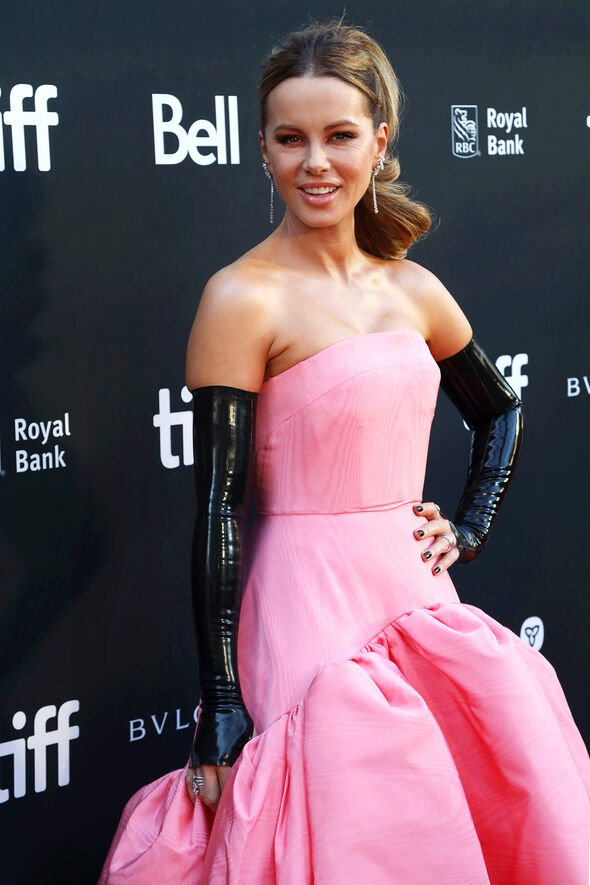 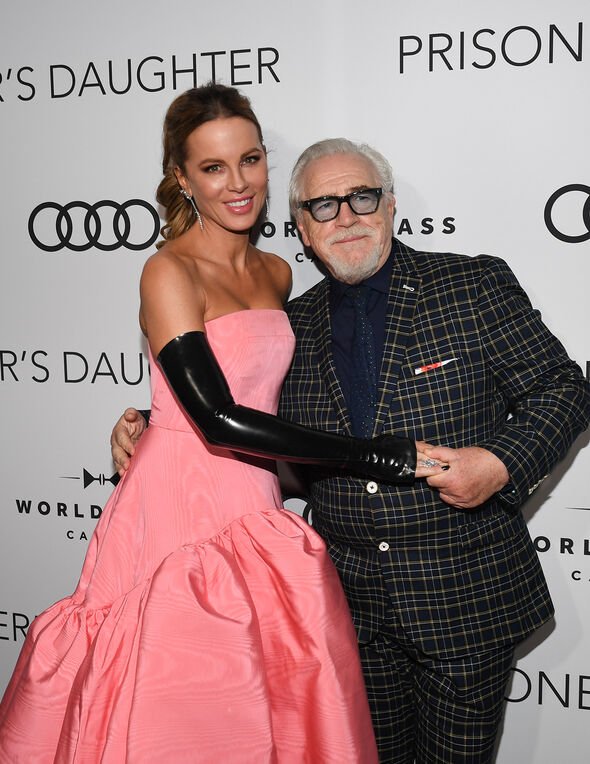