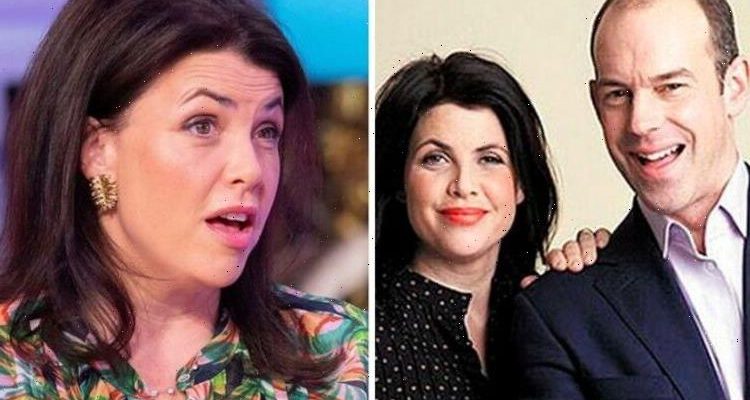 Phil Spencer, 52, has hit out at “nasty” Twitter users while defending his Location, Location, Location co-star Kirstie Allsopp, 50. The presenter said despite Kirstie having “thick skin”, she is now opting not to engage in debate as much on social media.

He explained that he feels protective over Kirstie.

Kirstie is particularly vocal on Twitter about controversial topics.

Most recently, the star hit out at parents who give their children smartphones at a young age.

Phil went on, saying she has a “thick skin” and is good at dealing with the flack.

“I’m protective of her anyway, she is a very dear friend,” he said.

“And it’s not nice to see – anybody really – being ravaged by social media totally unnecessarily.

“She’s got pretty thick skin and she doesn’t mind a debate.

“Twitter seems full of very angry people,” he added to the Metro.

TV presenter Kirstie, who is the daughter of a Baron, sparked fury in February due to her comments about people who claim they cannot afford to buy a house.

In an interview, she advised young people to move to a cheap area, quit their gym memberships and stop going on foreign holidays if they were serious about saving.

She said some people weren’t willing to make “sacrifices” when it came to finance.

In The Sunday Times article, Kirstie confessed it bothered her when people said they couldn’t afford to buy a home.

She bought her own home aged 21 with the help of a hefty payout from her family.

Kirstie wrote a tweet defending herself and posted it to her 426,800 followers in February after her remarks caused outrage.

It read: “Anyone who thinks I have spent the last 22 years pretending to understand the needs of British homebuyers must think me a very good actress indeed.

“If you don’t like the shows don’t watch them. But I’m beyond caring what the press or social media think about me, life is too short.”

Social media users jumped on to the post with their thoughts.

@CHSNotts wrote: “Put your reputation where your mouth is and make a series of programmes where 21 year olds on low to average wages are guided by your exoertise to buy their first home under their own financial steam.” (sic)

Contrarily, in agreement with Kirstie, @Johnfachiri commented: “I agree with The fact that if young people want to get on the housing ladder they should stop paying for Netflix etc and save. It is the initial step to saving a decent deposit. Don’t criticise Kirstie because she is from a titled family.”