Yankees third baseman Josh Donaldson is issuing yet another mea culpa … this time, apologizing to Jackie Robinson‘s family for any issues he may have caused them following his controversy with Tim Anderson.

As we previously reported, Donaldson was suspended 1 game by the MLB for calling Anderson “Jackie” multiple times during a Yanks’ tilt with the White Sox this past weekend.

Donaldson said he intended the remark to be in jest — saying he thought it was an inside joke he had with Anderson stemming from comments that the Chicago shortstop made in a 2019 interview. 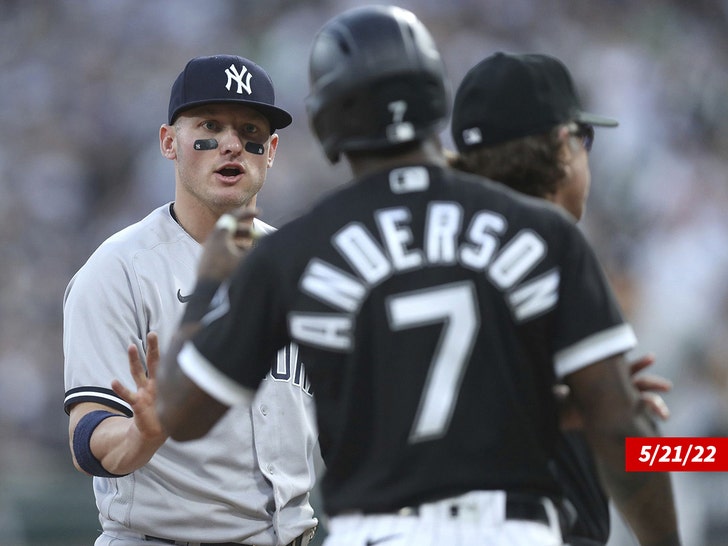 Anderson, though, said he found it very offensive, and Donaldson later said he was sorry for it all.

On Thursday, the New York slugger issued another apology, this time to Robinson’s wife and family.

“I would also like to apologize to Mrs. Rachel Robinson and the Jackie Robinson family for any distress this incident may have caused,” Donaldson said in a statement. “Jackie was a true American hero and I hold his name in the highest regard.”

In his statement, the 36-year-old reiterated he meant no disrespect to Anderson by the comments.

“I stated over the weekend that I apologized for offending Tim and it was a misunderstanding based on multiple exchanges between us over the years,” he said.

Donaldson — who is currently on the Yankees’ COVID-19 IL — is still appealing the MLB’s 1-game ban.