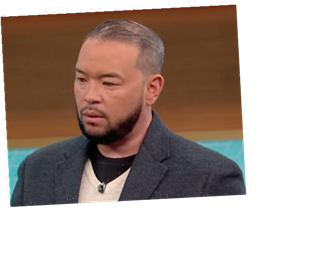 Jon Gosselin made a pair of gigantic admissions during an appearance this past Friday on The Dr. Oz Show.

First, the former reality star opened up his recent medical crisis, explaining to the host that he had been suffering severe leg and chest pain — and was then diagnosed with deep vein thrombosis (DVT).

This is a serious condition that means one has developed a blood clot in one’s leg.

Secondly, which is related to the issue above, Gosselin said that this brush with death — yes, death — prompted him to think back to his divorce in 2009.

Jon, of course, split over a decade ago from Kate Gosselin.

The two share eight kids together (a set of twins and a set of sextuplets) and have never really stopped exchanging insults.

Over just the past few months alone, both Jon and Kate have claimed the other has either emotionally or physically abused their troubled son, Collin.

On Friday, however, talking to Dr. Oz, Jon admitted that he has some regrets when it comes his ugly split from Kate.

“My biggest regret would have been changes I made before divorce,” he tried to explain on air.

“I probably still would have got divorced, but I probably would have tried to have been like, ‘hey let’s just more stay in contact’ …

“I would have made it more adamant maybe through the court system or something like that.”

We think Gosselin is saying here that he’s sad everything turned so vicious between him and his ex-wife.

They do still have a bunch of young kids together, after all, and it’s clearly been very unhealthy for these sons and daughters; to see the relationship between their parents deteriorate in such awful fashion.

“I thought we’d always be close…but that didn’t pan out the way I thought it would pan out,” Jon added of his children.

Gosselin is very tight with Collin and and Hannah, both of whom live under his roof these days.

However, Jon has been very candid about his lack of any contact at all with his other six kids.

None of them even seemed to care last year when Jon was laid up with COVID-19.

Jon said he didn’t hear from them. At all.

“There’s just a disconnect … whether it’s parent alienation or you know, I can’t really reach out to them and there’s legalities,” Jon told Dr. Oz.

“I can’t go to where they move, you know?

“It’d be trespassing and those kinds of things, so I mean, I guess my plight to them or what I want to say is I love you, my door is always open, you’re welcome anytime.

“There’s no regrets or hard feelings or any of those negative things … you can always come see me or come see Hannah and Collin.”

As for Hannah and Collin’s relationship with their mother?

Why hasn’t Jon made more of an effort to be close to the children who live with his ex?

Jon — who is now on a blood thinner and doing pretty well — swore on the program that he’s done everything he can, and that it’s hard to fight for custody against Kate, who he labeled as a “millionaire.”

“Fear plays a big part in that, you know,” Jon said.

“How am I going to maintain a household if I have to spend all this money to go to court to fight for them? Who’s going to stay?

“It’s not just one person, you’re dealing with eight different lives all the time.”