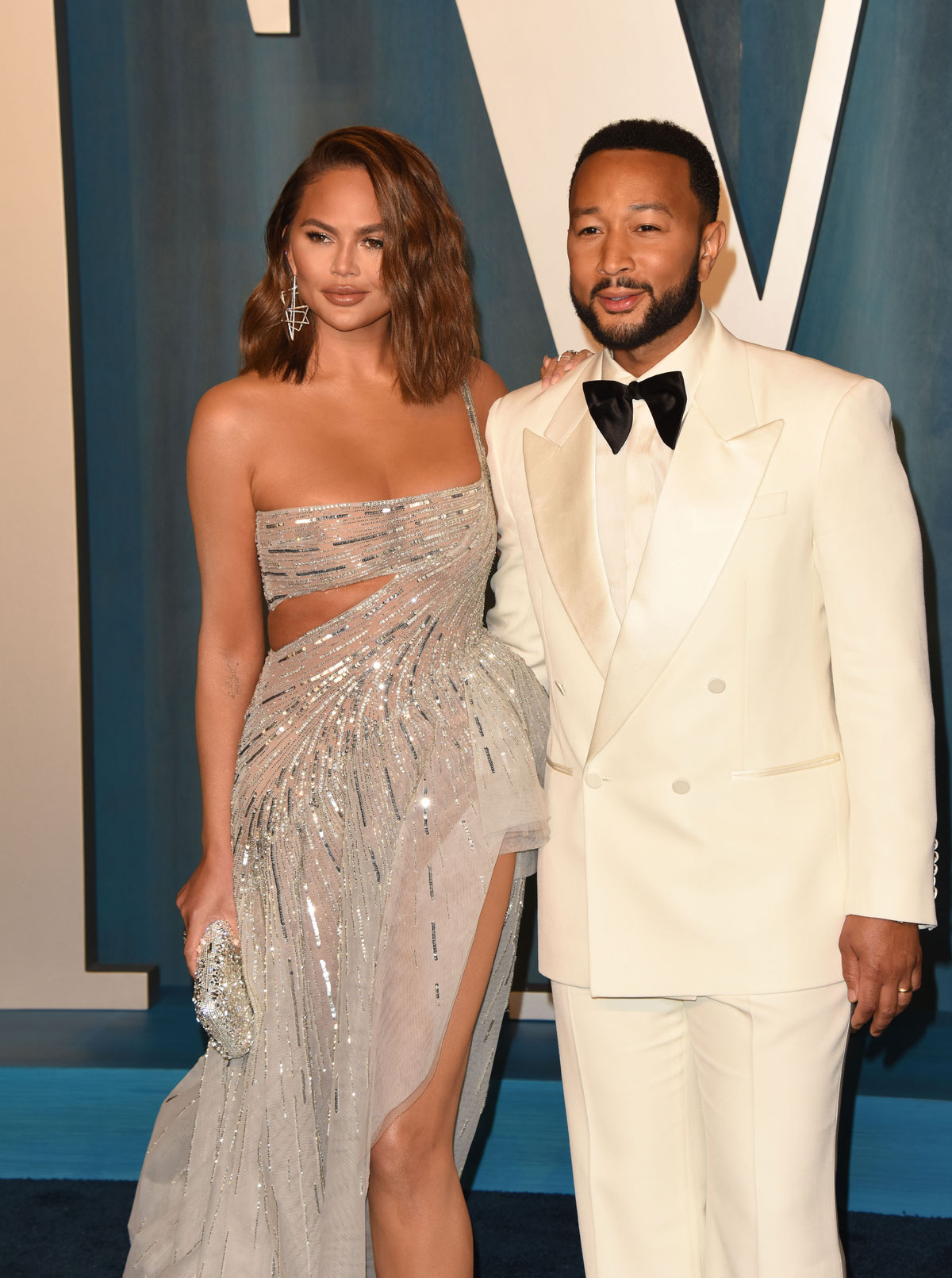 John Legend and Chrissy Teigen have been together since 2006 and married since 2013. They share two children together, lost a pregnancy, and now are expecting another child. I knew they’d been together for a long time, but didn’t realize it was quite that long. They’ve obviously experienced a lot of highs and lows, from the early days of their relationship to present. And John appeared on a podcast recently and discussed how their relationship has changed over the years and the work he’s done on himself and that they’ve done together to get through hard times and come out stronger.

John Legend is being completely honest about the highs and lows in his relationship with Chrissy Teigen. The “All of Me” singer is a guest on the latest episode of the On Purpose with Jay Shetty podcast where he got candid about his evolving relationship with his wife.

Legend, 43, and Teigen, 36, tied the knot in 2013, and the GRAMMY-winning superstar shared that at the start of their relationship, he wasn’t ready to be the man that she needed him to be.

Legend shared that with time, and working on himself, he was able to fully become the man that he is today.

The pair’s evolving love was the inspiration behind Legend’s song, “I Don’t Love You Like I Used To.” The track, Legend said, is about love not being the same with your person, and changing for the better.

One of the couple’s most challenging moments came when they lost their son, Jack, in 2020. Legend, who wrote the song “Pieces” about his and Teigen’s grief, said that one of the most important lessons came with figuring out how to live together with their unimaginable anguish over the loss of their son.

Legend — who is currently expecting another child with Teigen — noted that having their children, Luna, 6, and Miles, 4, really helped them work through the loss, and inspired them to keep going as a family.

The EGOT winner said that with time, his and Teigen’s relationship has faced highs and lows, and seeing how his wife has reacted in each situation, really helped his love for her to evolve and change for the best.

“I’ve just learned so much about her personality, how she reacts to stress, how she reacts to life, how she can find a joke even in like the craziest, even in grief, she’s able to find humor,” he said. “I think you see so many things about your partner as you grow together and as you experience adversity together and what I’ve seen from her just made me love her more and value her more. I think she’s cooler now than I ever thought she was. I just really have seen her in all kinds of situations. I just value her more, and in awe of her more than I ever have been.”

John spoke a bit about being selfish in earlier days of their relationship, which tracks with something I remember Chrissy saying back in the day about playing it cool for a while because he didn’t seem ready to commit. And the stuff he says about evolving together and learning more about her personality even at this point is sweet. People change over the years and it helps with the foundation if you have a partner that understands that and is able to either change with you or accept those changes. The fact that they’ve worked through pregnancy loss together is heart-breaking, but also heart-warming they were able to come out stronger. Also, just from the title I’d thought “I Don’t Love You Like I Used To” was a breakup song, so I’m glad it’s not. Anyway, my impression was that John is mild-mannered and Chrissy is a bit obnoxious and attention-seeking and overshares (and sometimes truly awful), but there’s a lid for every pot and even awful people want/need partners that value them. They do seem good together and I’m happy for them that they’re able to grow their family as they both clearly want. 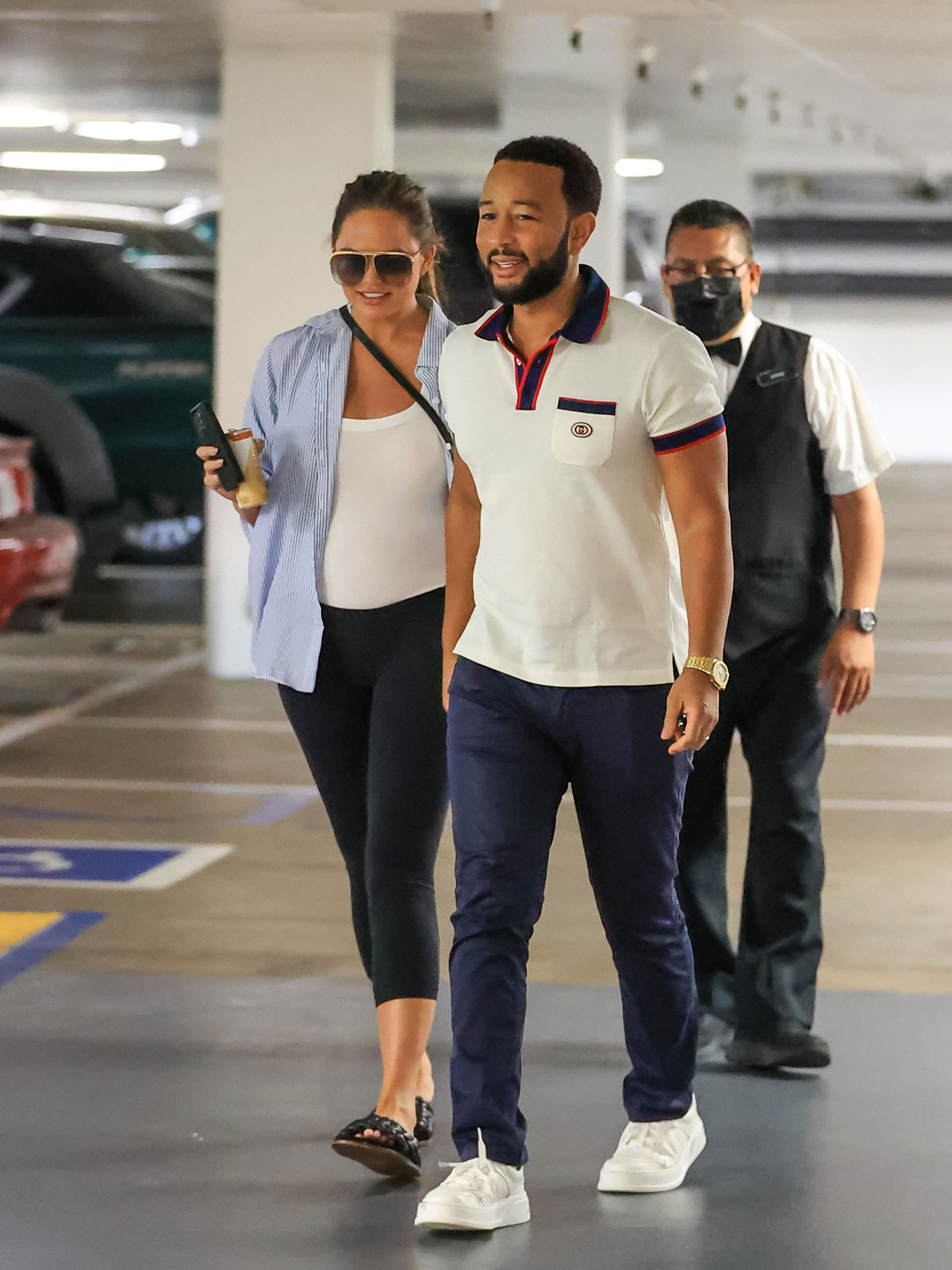