WWE has provided an excellent training ground for some of its stars who have successfully transitioned from the world of wrestling to acting. A-listers such as Dwayne “The Rock” Johnson, John Cena, and Dave Bautista have carved names for themselves outside of wrestling and become bankable stars.

Although it might seem like a good idea to imagine the trio doing a movie together, given they’ve all established their acting ranges, Bautista wants people to count him out, and Cena has a perfect response for that.

John Cena has been on a roll recently with his roles 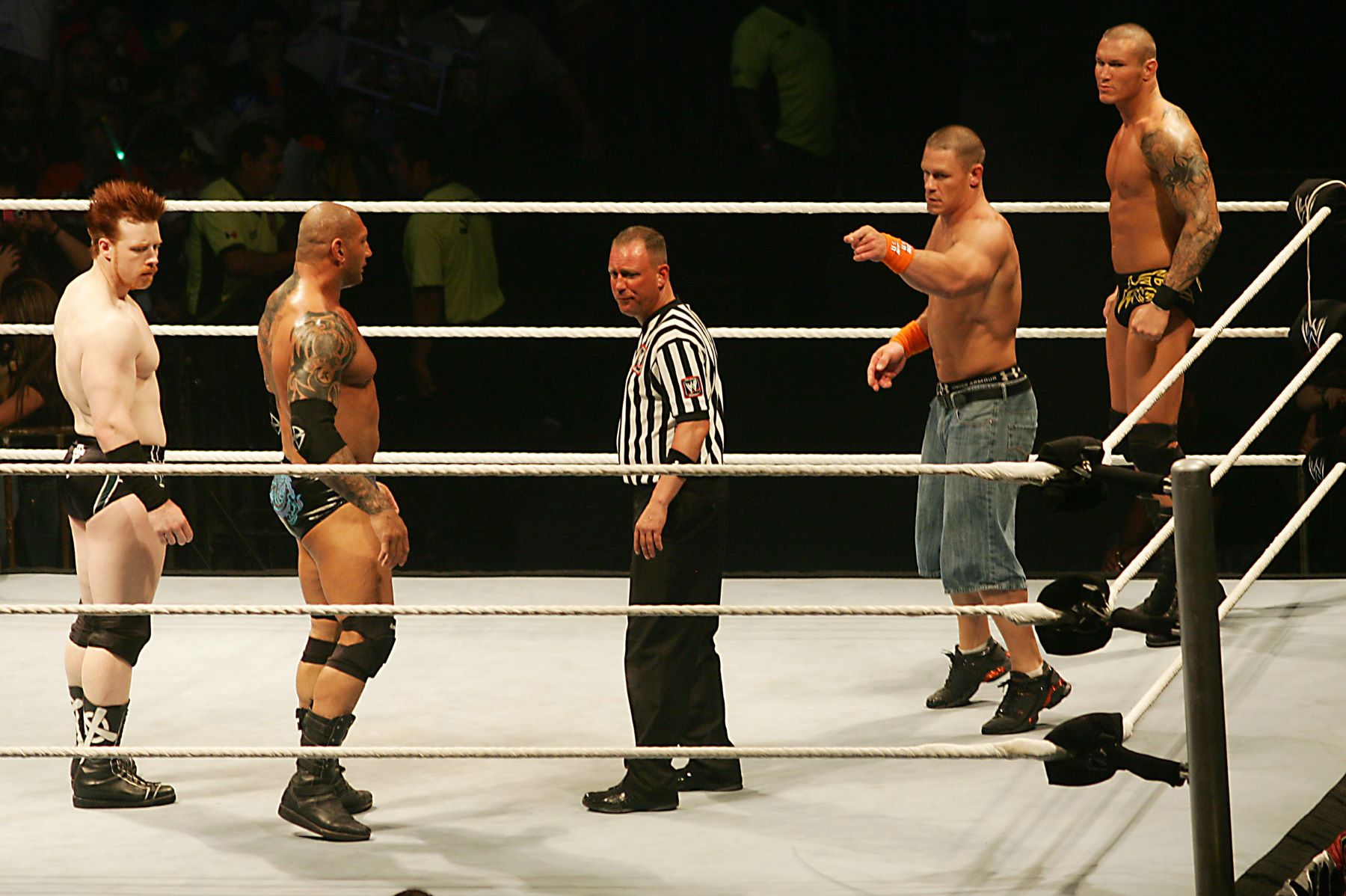 Cena gained popularity as a star in the WWE wrestling ring. He even devolved a slogan that has followed him outside of wrestling that’s become meme-worthy. The star capitalized on his WWE success by appearing in movies, and the gamble paid off from the looks of it.

Cena began acting in 2006 when he first appeared in The Marine, a film by WWE studios. He followed it up with appearances in Legendary, 12 Rounds, and Fred: The Movie. He also made a famous cameo in Daddy’s Home alongside Spencer Confidential star Mark Wahlberg and lent his voice to Dolittle, voicing Yoshi, the polar bear.

In 2018 Cena landed a leading role in the Transformers prequel Bumblebee. In F9, the latest Fast and Furious movie, he landed a role playing Jakob Toretto, Dominic Toretto’s brother. Cena also got cast as Peacemaker/Christopher Smith in The Suicide Squad. When Gunn created the role, he intended to have Bautista play it, but the latter decided to work with Zack Snyder instead in Army of The Dead.

Bautista’s career has also been on an upward trajectory. He first appeared in an episode of Smallville and followed it up with roles in Wrong Side of Town, Chuck, and Kickboxer. He is perhaps best known for his involvement in the Marvel Cinematic Universe, where he plays Drax the Destroyer in Guardians of The Galaxy and subsequent films such as Avengers: Infinity War and Avengers: Endgame.

In June 2021, a fan excitedly retweeted a post that claimed Cena and Johnson would like to partner on a film, saying, “Throw @davebautista into the mix too.” The tweet from Twitter caught the actor’s attention, and he replied with, “Nah, I’m good.” The comment divided fans which led Bautista to give context to his response.

The star gave an overview of his various roles, saying he doesn’t want to be put in the same pile with other former WWE stars-turned-actors. He insisted that he would like for his work outside wrestling to receive the recognition it does.

When Cena was asked to respond to Bautista’s refusal to collaborate with him on a project, Cena had a polite answer about it, praising Bautista’s acting talents and calling him gifted. As Esquire reports, Cena said, “Dave has worked so hard on his career. And he is so dedicated to his characters. And really wants to put forth a body of work that gives him his own identity.”

Cena also clarified that he and Bautista don’t have any beef and admitted that he appreciated Bautista’s honesty.

Cena has an upcoming spinoff and Bautista is busy as well

After appearing on James Gunn’s The Suicide Squad as Peacemaker, Cena got a lot of praise for his scene-stealing portrayal of the brutal antihero. The response was so great that he got his spinoff TV series is set to likely drop in January 2022.

Bautista also has his plate full with projects in his lineup. He partnered with Jason Momoa on See season 2 and is set to share the stage with him again on Dune. He was also announced as part of the cast of the Knives Out sequel alongside Daniel Craig.