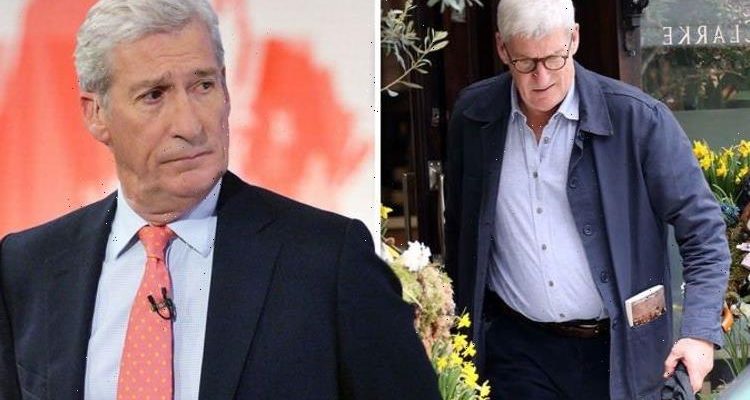 University Challenge presenter Jeremy Paxman, 71, has opened up on how he has compartmentalised his Parkinson’s diagnosis. Jeremy announced that he has been diagnosed with the degenerative condition back in May.

However, the broadcaster has now claimed he prefers to think he has gotten off “lightly” with the condition.

Jeremy explained he’s realised that by his age, most of his ancestors would have been dead already, which makes him feel fortunate, despite his disease.

The former Newsnight presenter also mused about how he had previously blamed his “wet Tory” politics on going “gaga” for years prior to his diagnosis.

Parkinson’s disease affects one in 500 people and causes the brain to become damaged as a person ages.

The condition also causes problems such as shaking and stiffness, which can get worse over time.

He penned in Saga magazine: “When I was an irritating young gob on a stick, I used to argue that conservatism was brought about by loss of brain cells.

“For years now I have happily stood up at public events and declared that the reason I nowadays confess to being a wet Tory is entirely the consequence of going gaga.

“The moment when you can’t recall your bank-card pin is the reminder that everything comes at a price.”

Opening up further on the symptoms he experiences in his day to day life, Jeremy added: “I have been annoyed enough by Microsoft while putting down these paltry thoughts that I confess to pining for the days of typewriters when mistakes were mechanical rather than existential.

’’Why do you persist in doing this to me?’ is my repeated cry.

“The screen always remains annoyingly indifferent. (How marvellous it would be, just once, if it replied by asking what I really wanted it to do.)

“But then I recall that by my age, most of my ancestors – a long line of illiterate peasants on both sides were dead.

“I’ve been let off lightly with Parkinson’s.”

Jeremy previously described his symptoms as “mild” when he first spoke out on his health.

He said in May: “I can confirm I have recently been diagnosed with Parkinson’s disease.

“I am receiving excellent treatment and my symptoms are currently mild.

“I plan to continue broadcasting and writing for as long as they’ll have me and have written about my diagnosis in more detail for the June issue of the marvellous Saga Magazine.

Jeremy’s statement came after he was seen clutching a book in one hand and holding onto a walking stick with the other, as he made his way into a building.

The broadcaster was left injured after he took a tumble while out walking his dog Derek.

Jeremy said he has “no recollection” of falling over as he blacked out, but said there was a “lot of blood afterwards”.

He went on to say he believes the fall happened after his spaniel-Dalmatian crossbreed ”must have seen a squirrel and jerked on his lead”.