Jennifer Lopez and Ben Affleck packed on the PDA when they stunned on the red carpet in New York City. See the gorgeous pics!

Ben Affleck, 49, and Jennifer Lopez, 52, looked absolutely smitten when they stepped out for the New York City premiere of The Last Duel. The duo turned heads as they shared a kiss on the red carpet, and looked lovingly into each other’s eyes. Ben, who co-wrote the drama with longtime collaborator Matt Damon, donned a classic black velvet suit, while the “Let’s Get Loud” singer opted for a two piece ensemble. 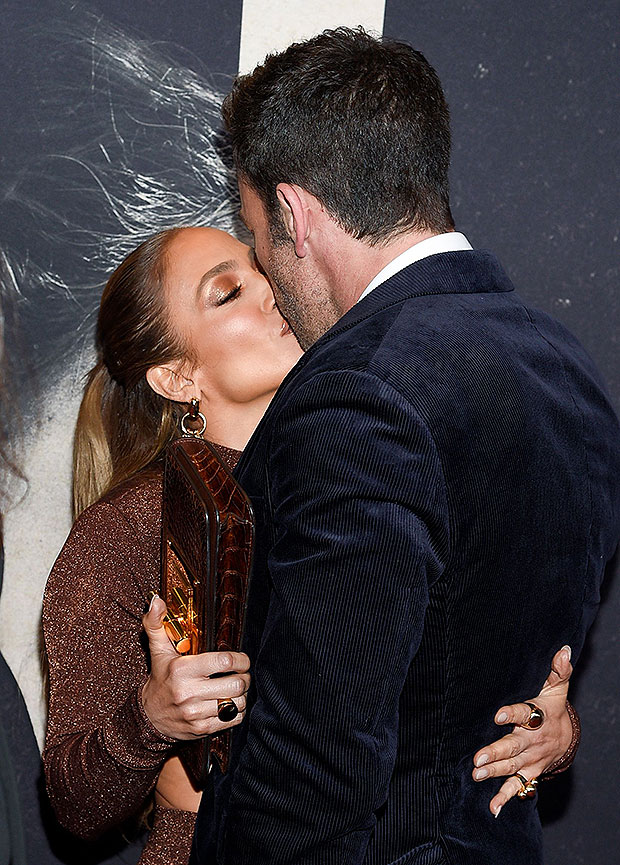 JLo stole the show in the sparkly, brown gown which featured long sleeves and highlighted her toned abs. She paired the ‘fit with strappy pumps, gold drop earrings, and a brown clutch, as she pulled her caramel tresses back into a half-up, half-down style. As fans would know, the couple recently rekindled their romance almost two decades after they were originally engaged.

In an interview earlier this month, Ben revealed that “life is good,” since getting back together with Jen. “I’m very happy. It is a very happy time in my life. Life is good,” Ben, gushed to Extra TV of his rekindled flame. The pair, who decided to give love another try 17 years after splitting, have been inseparable ever since going public for round two.

They’ve even been spotted on some family outings with all five of their children! Jen’s twins Max and Emme, both 13, and all three of Ben’s kids were in attendance at the Magic Castle in Hollywood back in August. The Hustlers actress walked alongside Ben as she stunned in a baby blue dress with lace cutouts on the hem. 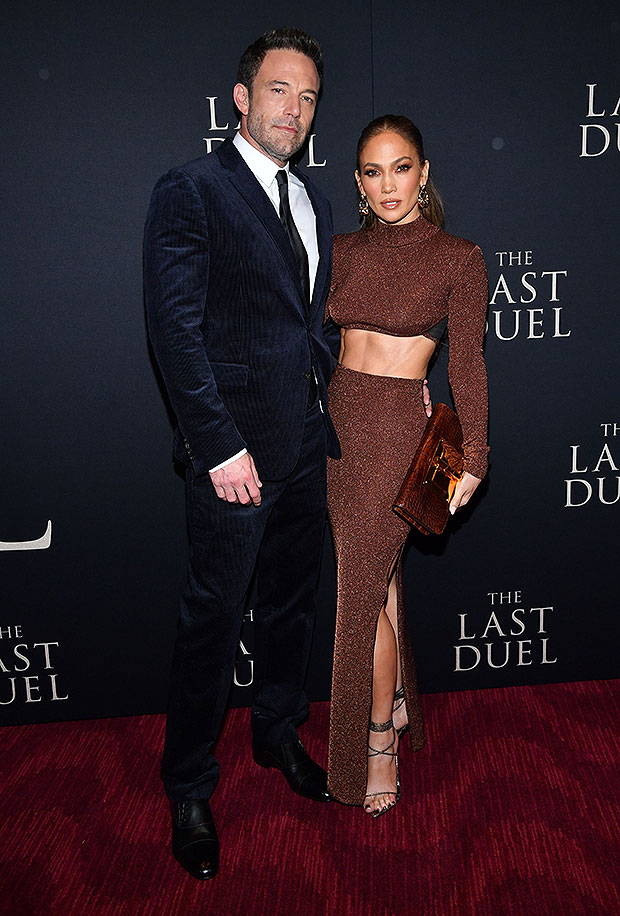 All five of their children followed behind them as they exited a Range Rover, with each of them looking just as stylish as their parents! The family outing came one day after the brood attended the Los Angeles production of the hit Broadway show Hamilton. A video obtained by TMZ showed the couple kissing as the final curtain went down. A fellow audience member told the outlet that the couple and their kids walked in as the lights went down so as not to be recognized, and Ben had his arms wrapped around J.Lo after the show as they waited to exit the theatre. So sweet!