Is your head spinning by the amount of Jenelle news that’s been in the media lately? If so, you’re not the only one.

Jenelle Evans has been in the media steadily since her dismissal from Teen Mom 2. Most of the reasons haven’t been good. From her husband allegedly killing their dog, the fallout from it and temporarily losing custody of her kids, things haven’t been…great.

David Eason has had plenty of troubles in the past when it comes to custody. And although he has primary custody (which has now been restored) of his daughter, Maryssa, he has been barred from seeing his son, Jase, for some time. 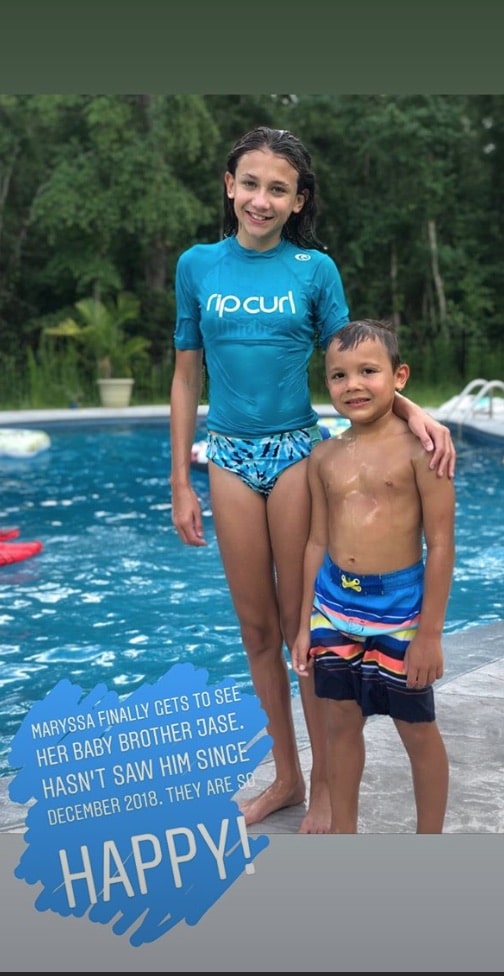 In fact, in Jase’s case (not to be confused with Jace, Jenelle’s son), David wasn’t even allowed to see him.

Although the details are murky, it seems Jenelle Evans and David Eason have at least some type of custody of him. Jenelle posted to her Instagram stories a photo of Maryssa and her brother, saying the pair hadn’t seen each other since 2018.

It’s unclear what kind of arrangement David has with his son’s mother in terms of custody, and if this is temporary or permanent. But the photos don’t lie – the siblings were reunited this weekend.