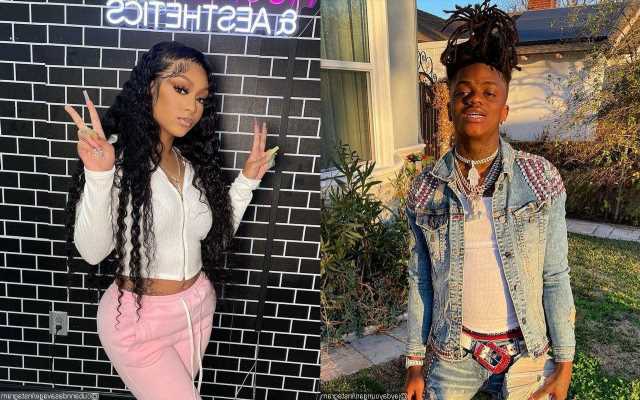 The ‘Pass Me’ femcee, meanwhile, continues to troll the ’23 Island’ rapper and her ex-beau by sending out one rainbow emoji in response to one of his tweets.

AceShowbiz –JayDaYoungan is telling his side of the story about his split from Cuban Doll. More than a week after the “Pass Me” femcee revealed that they broke up because she found “gay stuff” on his phone, the “23 Island” rapper finally fired back at her.

The 23-year-old hip-hop star, born Javorius Tykies Scott, hit back at his ex-girlfriend on Twitter on Friday, August 13. “B***h all in her feelings cus ainn give her d**k in a month now she on Twitter calling me gay,” he first argued.

The MC went on to add, “When she know I drop real good d**k & that P***y need spit so I rather her swallow my babies.” Having caught wind of his post, Cuban replied, “Look how long it took you to come up with that,” adding a crying-laughing emoji.

The exchange arrived after Cuban confirmed her single status earlier this month. “The real reason me & jay broke up I went through his phone & seen gay stuff,” she claimed on Twitter at that time. “Ain’t nothing with that I never said anything because I don’t thinks he ready to tell y’all maybe I’m wrong for even saying this but it’s honestly truth.”

The Dallas-born raptress, real name Aaliyah Keef, went on to add in a follow-up tweet, “It’s okay I’m GAY ALSO.” She further penned, “Maybe I was wrong but I’m not a liar.”

Cuban and JayDaYoungan became an item earlier this year. Before dating Cuban, JayDaYoungan was in a romantic relationship with a woman named Jordan B, whose items was destroyed and vandalized by the “Bankrupt” femcee in April.