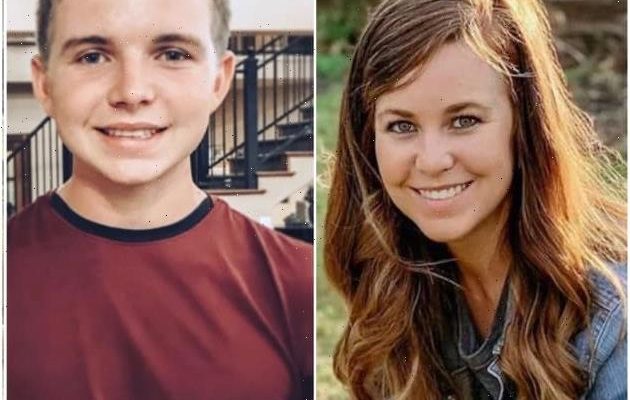 These are exciting times in the Duggar family, and not only because they can finally stop pretending to care about the pandemic as more people get vaccinated.

As you’re no doubt aware, life in the Counting On clan centers almost entirely around procreation.

And since the Duggars see premarital sex as a surefire one-way ticket to hell, weddings also loom very large in their world.

And of course, there can be no Duggar weddings without courtships.

There was a time when it seemed like we heard a new courtship announcement every other month.

So the news that we’re on the verge of not one, but two major courtship announcements is beingn greeted with tremendous excitement among the Dugar faithful.

A user on the always-entertaining r/DuggarSnark subreddit recently claimed to have inside knowledge of the forthcoming announcements.

“Apparently there are two announcements coming in the next weeks/months. The source is not mine, but is reliable,” the user wrote.

“Again, not my source, but the person said they are trustworthy. Take it as you will,” the redditor added.

After being grilled for additional information, the poster added the following information:

“ETA: The source goes to church with them.”

Okay, so it’s not the most reliable lead in the history of journalism, but we’re inclined to believe this person if only because we have reason to believe that Jana and James are both courting.

Here’s a brief breakdown of both situations and what the courtships would mean for the future of the Duggar clan.

First up is Jana Duggar.

Jana courtship rumors have been circulating for about a decade now, and fans should be overjoyed by reports that it looks as though we’re on the verge of a big announcement.

The problem is, Jana’s courtship with Stephen Wissmann has been the Duggars’ worst-kept secret for months now.

Jana spent Christmas in Nebraska with Stephen, and his entire family was in town for Jed Duggar and Katey Nakatsu’s wedding.

So it’s big news, but at this point, the announcement will feel a little anti-climactic.

Bigger news these days, is the rumor that James Duggar is courting Lauren Caldwell.

Lauren is the sister of Joseph Duggar’s wife Kendra Caldwell, and there have long been rumors that she’s attached to one of the Duggar boys.

At one point, it was rumored that Lauren was in a relationship with Jed, but clearly that ship has sailed.

Some say Jim Bob Duggar and Paul Caldwell have been arranging marriages between their kids, and that’s entirely possible.

After all, Paul is the pastor at Jim Bob’s church, and the two men are reportedly very close friends.

In any event, it seems that yet another Duggar-Caldwell love connection has been made.

Will this one be as successful as the relationship between Joseph and Kendra?

Only time will tell.

But whatever the case, Jim Bob is probably overjoyed at the prospect of marrying off two more members of his massive brood!