James Martin, 47, seemingly appeared taken aback during a moment on his ITV show where he was joined by Ainsley Harriott, 62. The Saturday Morning presenter looked forward to tucking into a meal prepared by the former Ready Steady Cook presenter. As they got ready to have a taste of the dish, Ainsley tried to feed James by holding up a fork to his mouth. But the awkward moment resulted in the ITV host trying to decline the offer.

Speaking about the food, Ainsley said: “I love the crunch James, as soon as you go in there. Really, really lovely.”

James quizzed: “So you put a whole chilli in there?”

As he used his cutlery to take a bite of the dish, Ainsley beat the chef to it as he lifted his fork to James mouth.

The television chef looked towards the former Ready Steady Cook presenter’s fork, as Ainsley smiled at him before attempting to feed the chef.

James repeated his initial question, as he chuckled: “So you really put a whole chilli in there?”

The ITV favourite then quickly took a bite from his own fork, leaving Ainsley feeding himself. 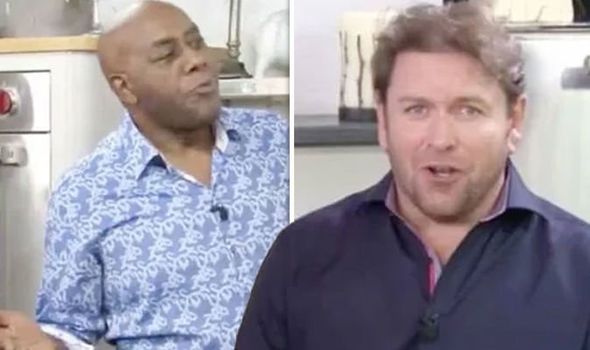 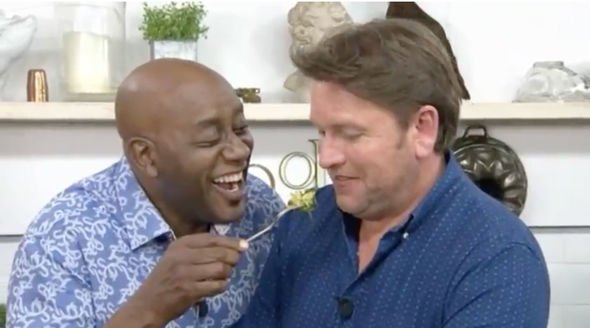 Elsewhere, James recently scolded a producer for “whinging” in his earpiece live on Saturday Morning, after they questioned the dessert he had just created on the ITV show.

He was less than impressed when an ITV producer interrupted him while he was decorating his towering dessert topped with layers of meringue and summer fruits.

The Saturday Morning host was adding the finishing touches to his dish with his guests Jane Seymour, 68, and Nick Nairn, 60, when he suddenly addressed the producer’s comments. 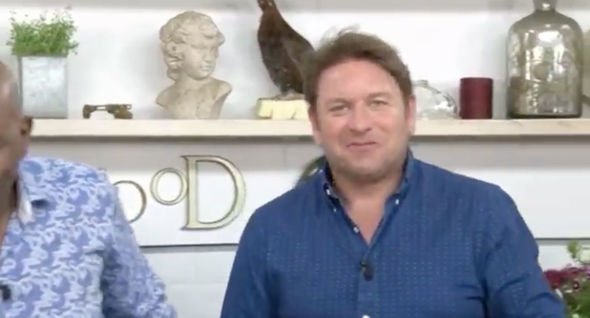 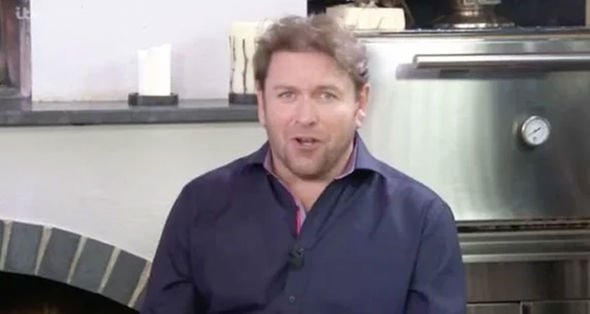 In an attempt to resolve the issue, James explained: “They have this thing in America, you know the ice box cakes they do with biscuits and cream.

“And you leave it in the fridge for two or three days. I don’t think this would manage probably getting out of this door with this crew to be honest with you, they’ll find a way.”

However, James appeared to be distracted by the producer in his earpiece.

He said: “Now if this person in my ear wouldn’t stop whinging, I would keep going.”

James Martin’s Saturday Morning airs today on ITV from 9.25am.