Marriage and a baby! Scheana Shay is engaged to boyfriend Brock Davies, Us Weekly can confirm.

The 36-year-old Bravo star sparked engagement speculation when she stepped out wearing a giant diamond on Tuesday, July 20. E! News was first to report news of the couple’s engagement on Wednesday, July 21.

Us exclusively revealed in November 2019 that the Vanderpump Rules star was dating the personal trainer. At the time, Shay revealed to Us that the pair had just celebrated their two-month anniversary with a trip to Bali. The couple were introduced by mutual friends. 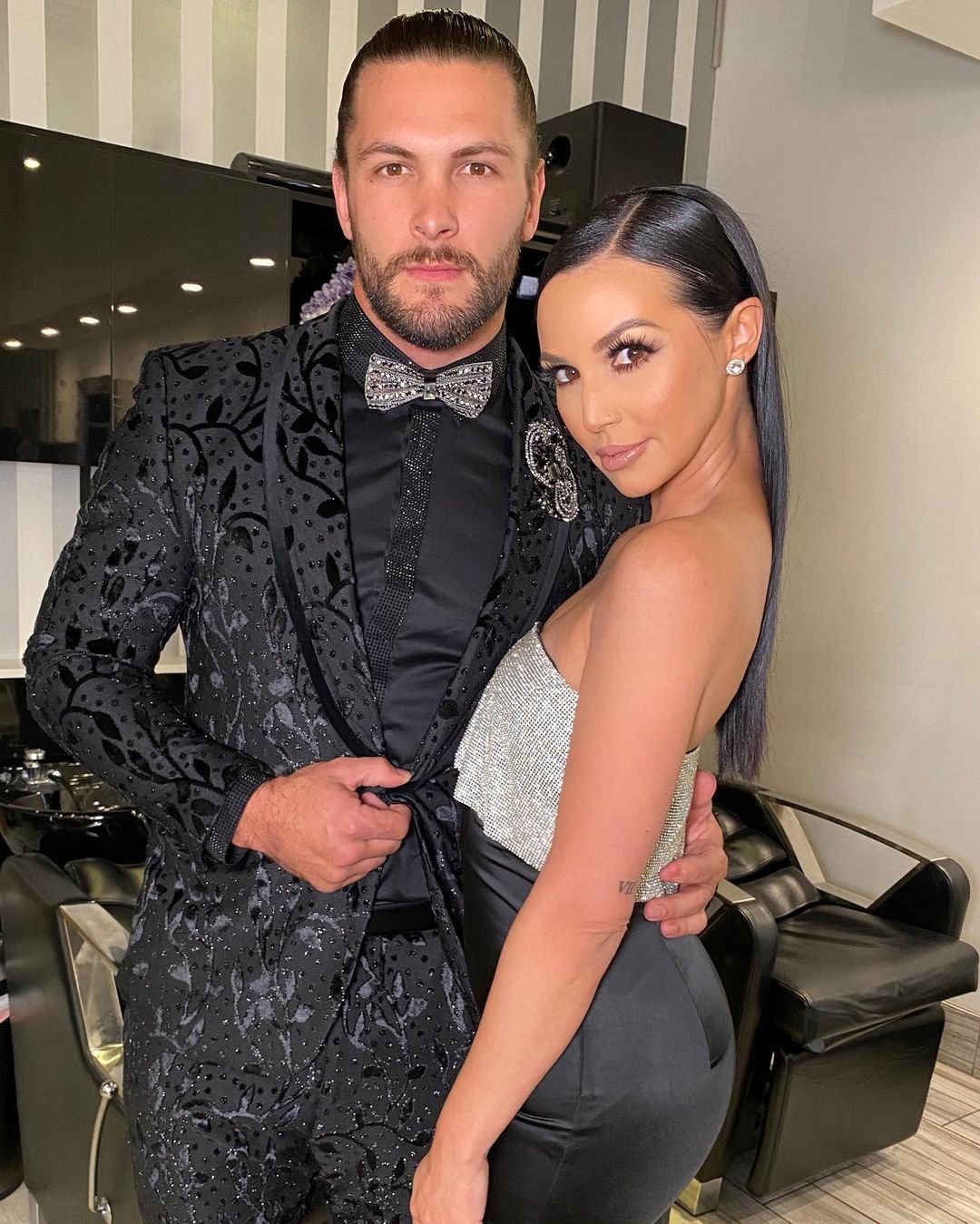 “He treats me the way I deserve to be treated, and never have been,” the Bravolebrity exclusively told Us later that month, noting that her fellow cast members approved of the relationship as well. “It’s not like one person’s like, ‘Yeah, but,’ … Everyone’s like, ‘He’s amazing.’”

In October 2020, Shay announced that she and Davies were expecting their first child together following a “devastating” miscarriage in June.

“IT’S ALL HAPPENING APRIL 2021!!!” the reality star, 35, captioned the Instagram reveal. “We are expecting our rainbow baby!!!”

Rainbow Babies: Stars Who Had Children After Miscarriages

The rugby player, who is already the father of two children from a previous relationship, commented, “We did a thing honey. I’m so happy I have you to balance me out, I love you honey. Congratulations to us.”

“My heart is SO FULL,” Shay wrote via Instagram at the time. “Thank you to everyone who has reached out and sent their love and thank you to the amazing staff here at Cedars-Sinai. We are definitely feeling all the feels and just so excited to be Summer’s parents!!!”

The model was previously married to Mike Shay from 2014 to 2017. She then reconnected with her ex-boyfriend Rob Valletta before dating Bachelorette alum Robby Hayes and her SUR coworker Adam Scott.

“I feel like I’ve been single for so long because they were the Robs and the Adams and the douchebags and all the Bachelor guys, and it’s like, I was the one putting in so much effort, and I’ve never had someone treat me the way I deserve and treat me the way I treat people,” she told Us at the 2019 E! People’s Choice Awards. “So with this one, I’m like, you know what? We’re gonna see where this goes and I’m gonna ride this out and hopefully he’s a keeper!”