Hugh Grant, 62, admittedly could not hold back his emotions as he watched Queen Elizabeth II’s funeral on Monday, September 19. The moment in particular that tugged on Hugh’s heartstrings was when one of Her Majesty’s Fell ponies, Emma, made a surprise appearance.

Emma watched at the side of the Long Walk as the funeral procession marched to Windsor Castle.

She was accompanied by the Queen’s head groom, Terry Pendry, who bowed his head as Her Majesty’s coffin passed them on the way to St George’s Chapel.

Emma is understood to be around 25-years-old and was one of the Queen’s favourite horses to ride.

In a further nod to the late monarch, her headscarf was placed over Emma’s saddle as the animal watched the procession. 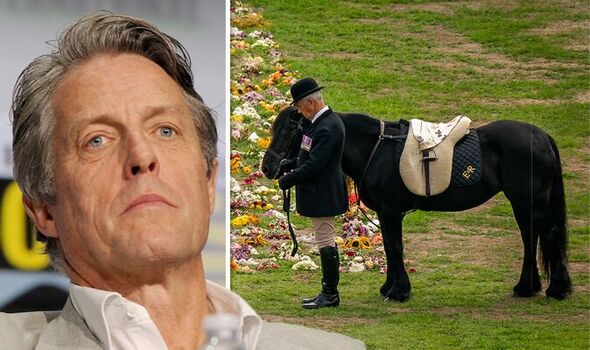 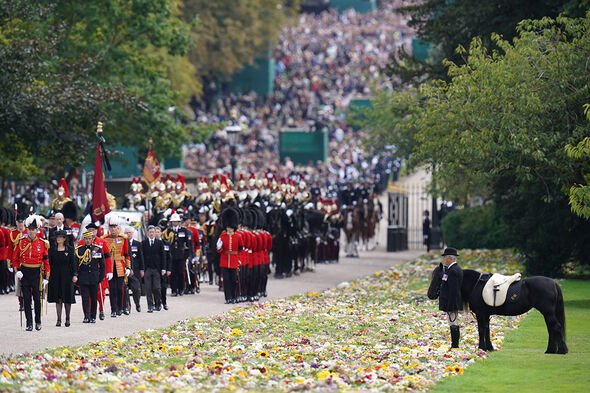 As the poignant moment was watched by viewers at home, the Love Actually star was among many to share their sadness at the touching scenes.

Hundreds of his fans then took to the comments to share their heartbreak, including Carcal who replied: “Oh blimey, this thread started me off again… little Emma with the headscarf on her saddle.”

Sarah added: “It just finished me off good and proper.” 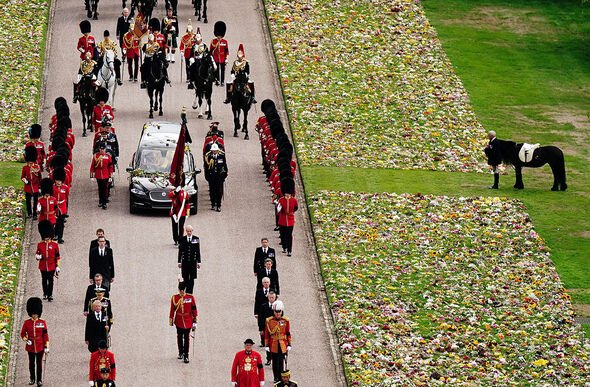 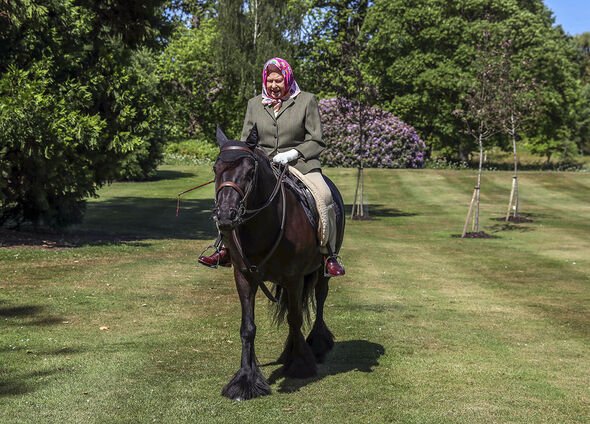 And Jacinta cried: “Emma and the corgis got me. I was coping until then. Animals mourn too.”

The Queen’s corgis, Muick and Sandy, were also waiting for the Queen at Windsor Castle as she approached her final resting place.

The late monarch famously loved corgis throughout her life after being gifted her first one on her 18th birthday.

The two dogs will now be cared for by the Queen’s son Prince Andrew and his ex-wife Sarah, Duchess of York.

The Queen’s love for riding horses did not falter in her later years and it is understood that she was still riding until just a few months before her death.

As the BBC broadcast footage of Emma watching the funeral procession, David Dimbleby narrated: “It was only a few months ago that the Queen was seen riding in the park.

“As many people have said today, her two great passions were horses and dogs.

“It’s a rather touching sight that Emma should be brought out to watch the procession go by.”