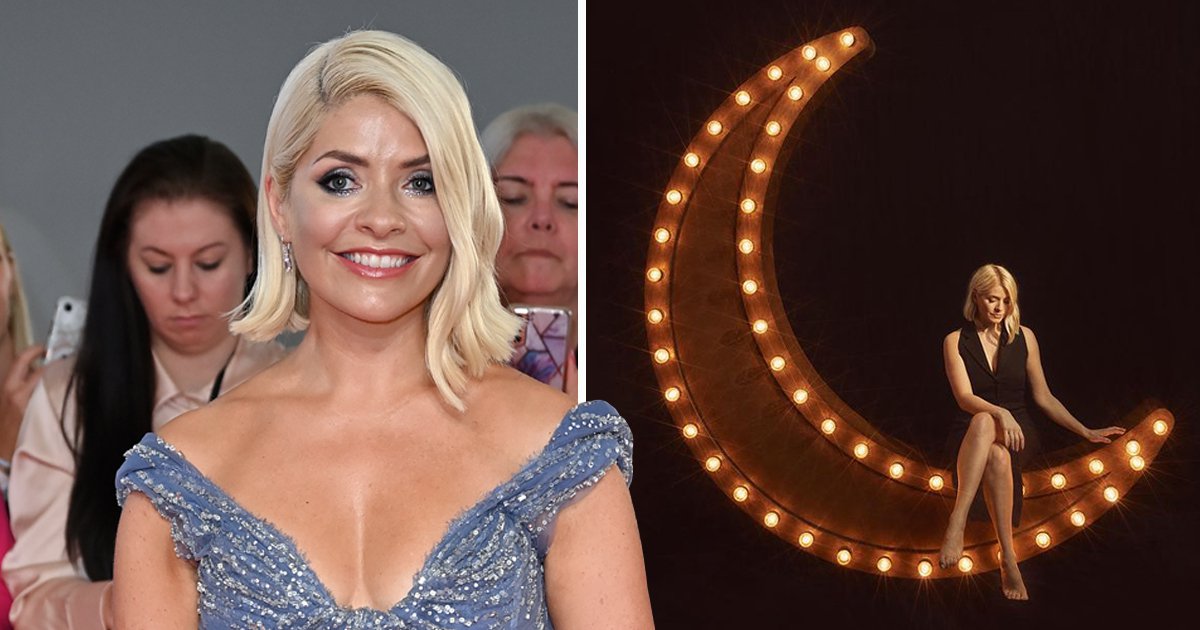 Holly Willoughby may be set for a rather large payday off the back of her newly-launched lifestyle platform Wylde Moon.

Yesterday the star announced her latest venture, which sees the This Morning presenter throw herself into the world of wellness with a focus on spirituality and, just a day in, it’s already clearly a popular move.

Holly – branded the ‘Founding Wylde Woman’ – revealed she has been working on the project over the past year which she said ‘stands as a measure of where I am in life right now’ after finding a love of spirituality while in Australia for I’m A Celebrity…Get Me Out Of Here!

In a day, the platform’s Instagram has nearly 70,000 followers, and off the back of successful celebrity-led pursuits in the wellness world, such as Gwyneth Paltrow’s Goop or Jessica Alba’s Honest, it may come as no surprise Holly’s Wylde Moon may bank the presenter millions.

According to PR expert Hayley Smith, of Boxed Out PR, while Holly has mused on the personal nature of the platform it could still bank her a tidy ‘£6-12million’ within the year, with the world of wellness only becoming more booming amid the pandemic.

‘Wellness companies are doing incredibly well over Covid as more people are becoming interested in health and fitness. And we’ve seen success stories including the rise of Peloton, and also the rise and rise of Kayla Itsines, who recently sold her wellness app Sweat for $400million (£293m), and of course the huge success of Goop and also Jessica Alba’s company Honest which has hit the billions.’

Wylde Moon has several sections including Wylde Women, Wylde Moonboard and Wylde Podcast, the latter of which launched with an inspiring conversation with Lena Dunham. Forget the moon (who is, brilliantly, listed as one of the platform’s ‘contributors’), the star power is huge.

It also has a Wylde Beauty section, collated by columnist Ateh Jewel, which features essential oils, chamomile cleansers and Gua Shua tools to mesh the billion-dollar beauty and wellness endeavours which Smith believes will work well for Holly.

‘Her beauty regime, style and lifestyle are often topics of discussion, so it makes sense that she would want to share these (and cash in on them too),’ she says. ‘She has also built a personal brand based around honesty, genuineness, and natural beauty – inside and out – and she will definitely tap into this to connect with her customer and fan base, many of whom will already be huge fans of her. People will buy into her honest recommendations and inspiration, which will set her aside from the usual BS some platforms plug in the wellness industry.’

All of this combined, plus her star power, Smith believes, have set up Wylde Moon to be a huge success, noting Holly ‘understands business, she knows her audience and she is giving them what they are looking for’ while also being her own ‘PR and marketing machine’.

When it comes to its earning power, though, that all depends on how big Holly wants to take it.

Smith explains: ‘We’ve seen with other companies, the potential for earning multi-millions is very possible. But I think Holly might want to keep things small, at least to begin with.

‘She values her fans and she’ll want to prioritise people over profit. She’s already said she wants to share her journey and what she loves and this seems a really important part of why she’s doing this.

‘I also don’t think she’ll set the company up for eventual acquirement, like Itsines, as she wants it to be very personal to her and she’s already made this clear. I don’t think that Wylde Woman will necessarily disrupt the $4trillion wellness market, but Holly will take a fair share of the profits.

‘The company, combined with her celebrity persona and network, is set to be a success and I predict, based on other companies in the space, she’ll be taking around £6-12 million straight to the bank in the first year.’

In an accompanying interview as part of the launch, Holly explained why now was the perfect time for her to start her new venture – which she managed to shoehorn alongside her presenting stints on ITV as well as a soon-to-be-published book.

She said: ‘I’ve been wanting to do something different for a long time but timing is everything, so it had to feel right. I’ve reached that place in my life where I’m ready to do something like this.

‘Wylde Moon feels very personal to me and, even though I am someone who lives a lot of their life out there for people to read about, there’s still a lot of me that I’ve kept to myself. Part of that I’ve done for protection and part of that is because I’m still working it all out.’