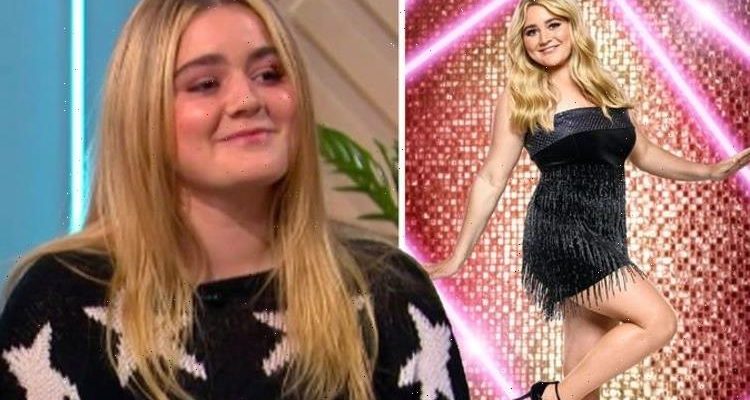 Tilly Ramsay, 19, is a contestant in Strictly Come Dancing 2021 and has been partnered with new professional dancer Nikita Kuzmin, 23. The teenager is the daughter of TV chef Gordon Ramsay and his wife Tana.

As well as cramming lots of hours of Strictly training into her day, Tilly, real name Matilda, is also starting university this Autumn.

The media personality, who has presented cookery shows like her father, said the role was “unlucky timing” as the same time as her first term at uni.

She went on to say that she has a good support system in place to keep her in check during her busy schedule.

During a chat with Radio Times, she spoke of her upcoming commitments outside of Strictly.

“I’m starting university, studying psychology! Luckily, quite a lot of that is online and the first term covers a lot of my A-level course, so it’s pretty relaxed.

“And there are no exams or anything this term,” she pointed out.

Tilly went on to say: “My main focus is dancing, but it’s slightly unlucky timing.

“I’ve got a great support system at home and we’ll learn to take everything with a pinch of salt.”

Strictly Come Dancing 2021 kicked off on Saturday evening with viewers seeing the celebrity line-up with their partner for the very first time.

Tilly seemed delighted to be dancing with new pro Nikita.

During an appearance on Lorraine earlier this week, the Latin dancer said he had received a warm welcome from his partner’s family, including notoriously fiery chef Gordon, 54.

DON’T MISS…
Jack Whitehall girlfriend: Why did he split with Gemma Chan? [UPDATE]
Charlie Dimmock had ‘no regrets’ over the Ground Force affair [INSIGHT]
Monty Don’s family were in 170-year-old feud with the RHS [INSIGHT]

Nikita said: “He’s been so lovely. He’s been FaceTiming us.”

Tilly went on to say that both of her parents were incredibly proud of her ahead of her turn on the dance floor.

“Him and mum are very proud. They kinda said, ‘Rather you, then us’ because it’s quite terrifying,” she said.

Before getting the call to appear from Strictly, Tilly starred in the own children’s television series, Matilda and the Ramsay Bunch.

She has also made several guest appearances on her father’s programmes and recently took part in the Celebrity MasterChef Australia.

When the Strictly news was announced last month, Tilly said she was “so excited and grateful to be taking part”.

“This is going to be my biggest challenge yet but I can’t wait to get my dancing shoes on and join the strictly family,” she wrote on Instagram.

The full interview in this week’s Radio Times – out now.