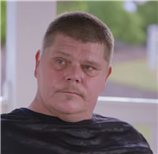 In January of this year, June Shannon and then-boyfriend Geno Doak celebrated one year of sobriety.

Since then, June and Geno broke up and Geno was sentenced to prison following his arrest in early 2019.

Suffice it to say that Geno did not have a Hot Girl Summer in any way, shape, or form.

Now, he has reportedly checked into a rehab facility.

Though reasons are unclear, we know only that he was hospitalized in Florida.

During that medical crisis, doctors referred him to a South Carolina recovery center.

On Monday of this week, Geno checked himself in to that facility.

He is reportedly currently a resident of that rehabilitation center.

According to documents obtained by TMZ, Geno will be a long-term resident.

If necessary, it has been revealed, Geno might remain there for up to a year.

His time there will not just be a sober vacation, either.

The program in which Geno will participate is designed to help him transition to sober living.

This will not be his first attempt at adopting this new lifestyle.

He made a similar effort in early 2020 following a dangerous downward spiral that could have claimed his and June’s lives.

Late this summer, Geno was sentenced to 16 months behind bars (sort of).

This was the sentence following his felony drug possession charge.

Famously, he and June were arrested in 2019 and found to be in possession of crack cocaine.

Geno’s plea deal, however, meant that his “sentence” does not have to involve actual incarceration.

Geno has been participating in this program in order to serve out his sentence.

She agreed to perform community service.

Additionally, June agreed to court supervision in order to ensure that she is abiding by the terms of her deal.

Recently, June has been linked to a 24-year-old TikToker.

Himself already a father as well as a newly sober addict, Jordan McCollum has reportedly enjoyed many financial gifts from Mama June.

A car, then a replacement car, then furniture, and allegedly even a weekly cash allowance has improved his life considerably.

June has loudly insisted that she and Jordan are only friends.

However, no one — including her family — seems to be buying that.

Even if June and Jordan aren’t boning, they say, June clearly wants that to happen … and is hoping to buy her way into his heart and bed.

This has been a source of worry for June’s loved ones, and not simply because of the age gap.

June and Jordan are both sober, and Jordan more recently so than June is.

Because of that, her family fears that he is a risk at falling off of the wagon … and he could drag June down with him.

We’re leery of condemning Jordan or assuming that he’ll inevitably fall prey to his addiction.

But it is a little weird to see him and June enter what appears to be a potentially toxic “friendship.”

We are glad that Geno is getting the help that he needs and wish him all of the best in his recovery.