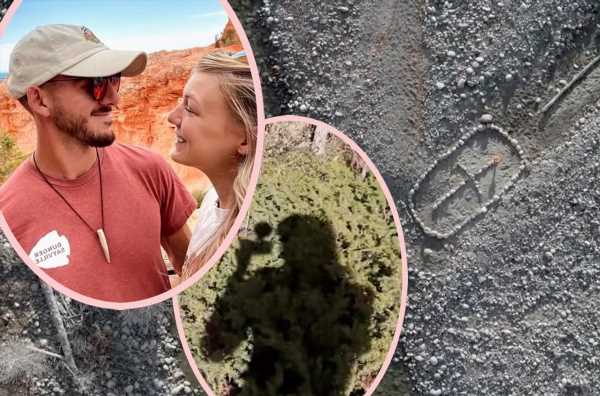 The Gabby Petito documentary on Peacock may have been more than a little divisive, but at least in some places it was definitive.

The Murder of Gabby Petito: Truth, Lies, and Social Media tackled the famous missing person/murder case by focusing mostly on the viral aspect — how the internet reacted to and even impacted the investigation. That includes, apparently, debunking at least one popular theory.

A great many conspiracy theories have sprung up around the case, mostly centered around the parts of the story we may never know — like what Brian Laundrie did in those final days of the couple’s doomed road trip. One of the most popular was that Brian had been spotted digging a hole — possibly a shallow grave for his fiancée.

See, a vlogger named Jenn Bethune was instrumental in the discovery of Gabby’s body. A video she took during her own road trip happened to capture the Nomadic Statik couple’s white van on the side of the road. That was on August 27, around the time Gabby was killed.

A lot of people who watched that video thought they saw the briefest glimpse of someone digging in the dirt a little ways away from the van. Many assumed it must be Brian, maybe digging a grave for Gabby.

Among the various reporters and internet theorists the filmmakers talked to for the doc was “social media sleuth” Brent Shavnore, who broke down the footage frame by frame through a high tech video program to debunk the theory. He explained:

“Putting the film inside of the software helped me slow things down and really show that what people were saying was happening wasn’t actually happening.”

Innerestingly, the conspiracy theory led to something real, however. When he enhanced and slowed the 4K footage, you could suddenly clearly see the door of the van being closed as the Bethunes’ vehicle approached. That in itself was powerful new information.

“I watched that video of the van and had seen the door closing probably like 100 times. I really believe that was Gabby closing the door on the van. So, I just kept watching it. I don’t know.”

Assuming it was her, it would have been maybe the last time she was ever seen alive. The existence of the video, which was only found due to the attention on the case, did help authorities find her daughter. Gabby’s stepdad Jim Schmidt explained:

“Law enforcement were already in that area searching, but it basically just helped them pinpoint the site where the van was.”

He said of the phenomenon of internet sleuthing:

“I always say it’s like a blessing and a curse, but in this instance, it was a blessing for us.”

That is, they do when they follow the evidence — and allow theories to get debunked instead of clinging to them because it’s what they want to believe!

Speaking of which, remember when Brian supposedly “accidentally” activated his Instagram Live while on the run? That 2 second video of someone in a boat? Another social media sleuth named Riley Lively was able to debunk that rumor as well — as she found the original video was from some other TikToker from 2020.

Once again, a curse — but also a blessing sometimes.