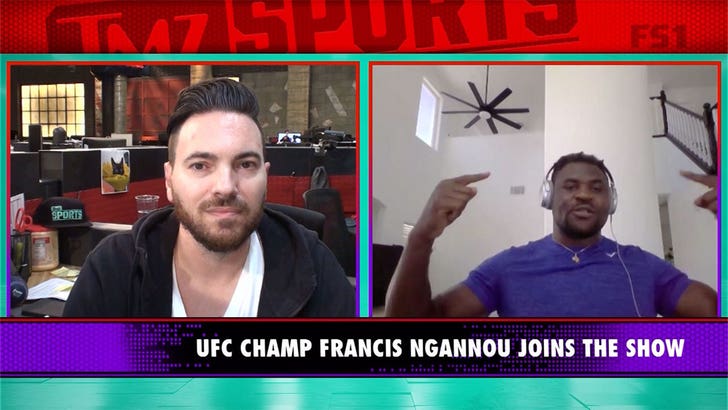 Francis Ngannou says Derrick Lewis vs. Ciryl Gane is a great fight … but what it’s not?? A title fight, ’cause there’s already an undisputed UFC heavyweight champ — and it’s him.

TMZ Sports talked to 34-year-old Ngannou on Friday … ahead of tonight’s interim heavyweight title fight between Lewis and Gane at UFC 265.

So, not for an interim title in “The Predator’s” mind … but that doesn’t mean Francis doesn’t think it’s a kickass matchup.

Of course, “The Black Beast” has crazyyyy power (he’s KO’d 20 MMA opponents) …while Gane is an incredible athlete for a man his size, and has great fundamentals.

The winner will presumably face Ngannou sometime in the near future.

We asked Francis if he had a message for the rest of the division … and he left us with this.

“The UFC undisputed heavyweight champion is here, and the belt is mine. It’s home, that’s all. I don’t know what they’re cooking out there, but the belt is home. It’s sitting in my mom’s kitchen right now. I own it cause I earned it. It’s not something they gave me.”