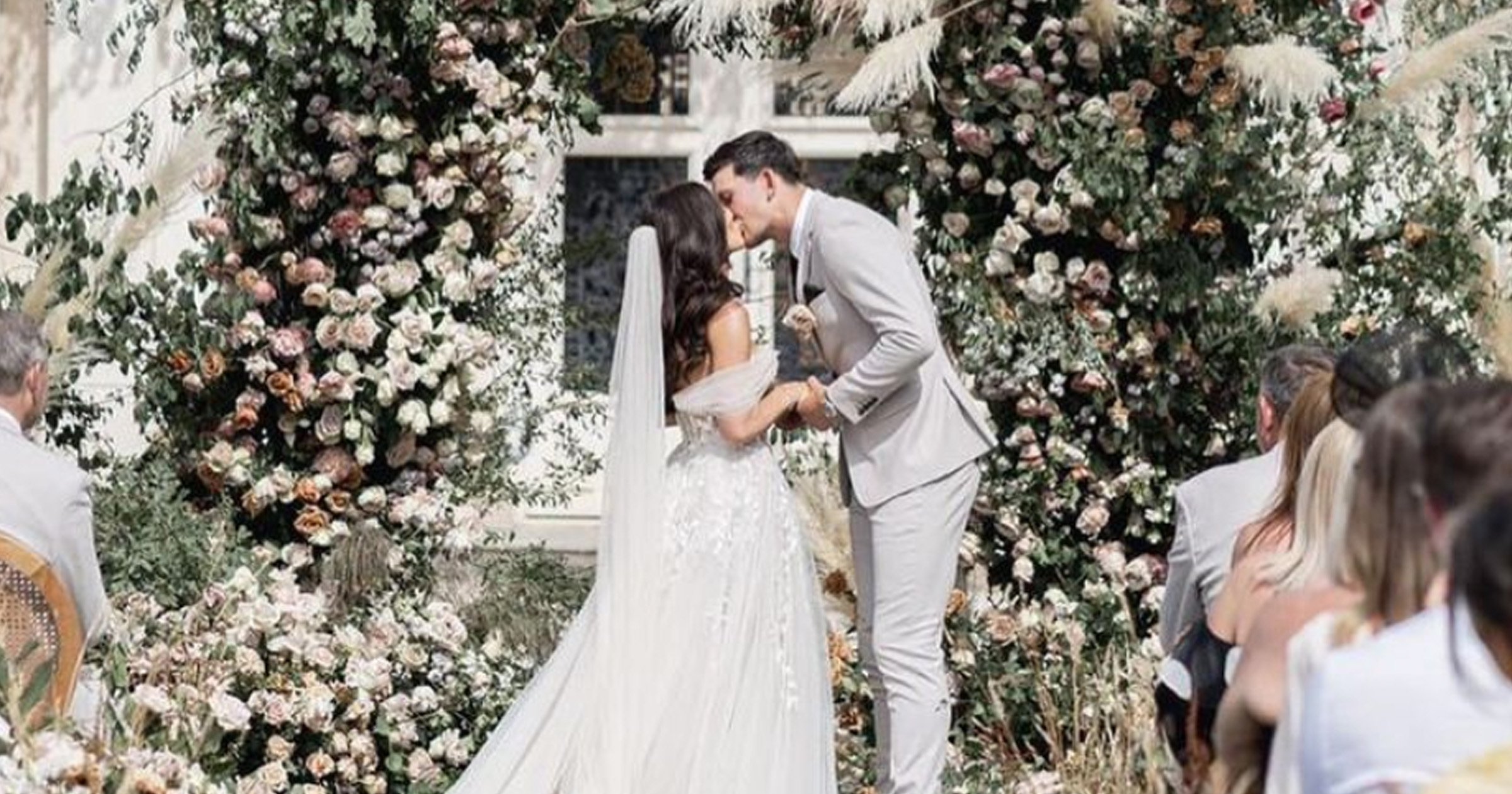 England football star Harry Maguire has tied the knot, marrying his childhood sweetheart in a lavish ceremony held in France.

Harry and Fern Hawkins, who have dated since they were teenagers, held their nuptials in a luxury chateau, with the romantic affair attended family and friends, having previously had a private ceremony at a registry office to exchange their vows earlier this year.

The couple, who are 29 and 27 respectively, celebrated at the historic Chateau Varennes, which was once named one of the top 10 wedding venues in the world.

Harry shared a picture on Instagram of him kissing Fern after saying ‘I do’, writing their wedding date in the caption while adding: ‘A day I’ll never forget.’

The bride wore a stunning off-the-shoulder gown, with her hair styled in a loose, tousled do with an elegant veil attached.

According to The Mirror, the couple wrote some of their own vows, and began their celebrations with cocktails among their loved ones on Friday evening.

The festivities are set to continue throughout the weekend, with a pool party planned for Sunday before they return to the UK.

‘Harry wanted everything to be perfect for their big day,’ a source said. ‘It was for close family and friends, and there was no expense spared.’

It’s understood that guests were asked not to use mobile phones, with the task of taking the official wedding photos going to one of Fern’s friends.

France is a particularly special place for the couple, with Harry having proposed to Fern in Paris in 2018.

Following the proposal four years ago, Fern – who’s worked as a physiotherapist and is also a photo blogger – said: ‘Harry made me the happiest girl in the world and asked me to marry him in the most perfect way.’

Last month, Fern shared a photo on Instagram of herself wearing a veil, presumably on her hen do.

‘Future Mrs Maguire,’ she wrote in the caption, while Harry commented with a heart-eyes emoji.

In May this year, the couple made their marriage official at a registry office before their big party of this weekend.

An insider told the Daily Mirror at time: ‘It was a closely guarded secret to all but their closest family and friends.

‘They wanted to be officially married in the UK before they head to France. That will be a fairytale wedding day for Fern.’