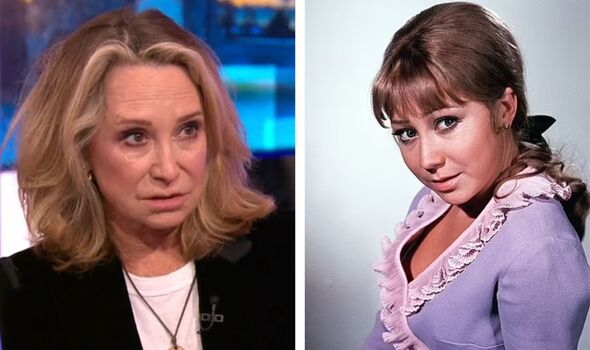 Felicity Kendal has revealed that she has given up the doses of Botox that she once indulged in every six months, and no longer cares about her appearance. The 76-year-old actress, well-known for her age-defying looks, added that the reaction to her beauty treatments back when she was using them was “shocking”.

Back in 2010, viewers gasped when they saw her radiant and ageless appearance as a contestant on Strictly Come Dancing, something which has been attributed in part to her documented love of Botox.

However, Felicity has since done a U-turn on her use of the treatment and admitted she is more concerned about looking “presentable” than looking younger.

“I like to look presentable, as my mother used to say, but that’s good manners not vanity.”

She added nonchalantly: “I have talked about using Botox in the past and it seemed to cause such a fuss — as if it’s some shocking modern phenomenon!

“Humans have been preening themselves for thousands of years: tattoos, corsets, the dandies with their powdered wigs.”

She previously told the Sunday Times magazine that she had used Botox in the past to prevent “terrible” frown lines from appearing.

In spite of that, she still looks youthful for her age, after a recent appearance on The One Show left viewers in disbelief when they discovered she is 76, and they took to Twitter and praised the actress.

Felicity, who recently took on her first ever musical role, appearing in sell-out performances of Anything Goes, now has a more natural strategy for maintaining her looks.

She told the Lady magazine that she indulges in workouts, pilates, press-ups and weight-lifting three times a week, and although she has experimented with fillers around her mouth, she has never gone as far as a facelift.

She also declared that the fear of exposing “crinkly knees” wouldn’t stop her from flashing her legs in a miniskirt if the occasion arose.

“There was a time when you’d think: ‘I’m over 60, I can’t possibly wear a short skirt again because of my knees!'” she lamented to Good Housekeeping Magazine.

She told the Daily Mail while she was still in her late 60s that she hadn’t tried Botox “for ages”.

She also had a cautionary tale against fillers for those with certain face shapes, to prevent their cheeks looking excessively swollen.

“Don’t have fillers when your cheekbones are high! It’s chipmunk time!” she warned.

Meanwhile, she has prevented crows’ feet and wrinkle lines around her eyes from progressing by having a lens implant.

At one time, severe astigmatism had left her squinting, and struggling to apply her own makeup without the use of a magnifying glass.

When she made the decision in 2009 to get help from an optometrist and have the implant, she said the transformation was “magical”.

“I see more now than I ever did before,” she exclaimed in praise of the procedure, adding: “You go from being blind to actually seeing!”