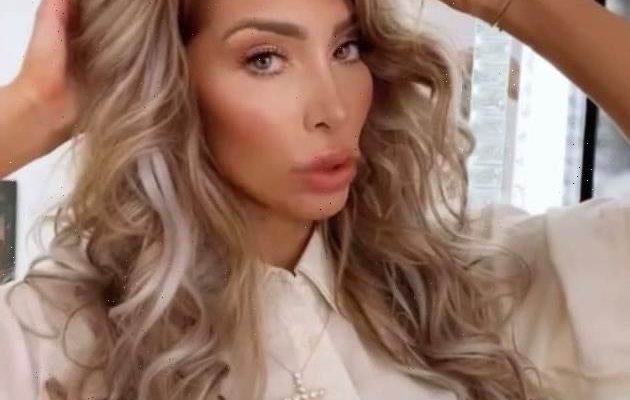 Farrah Abraham is not the type to keep anything to herself.

The former Teen Mom star’s entire “career” is predicated on the fact that if she remain relevant by broadcasting every aspect of her life to her ever-shrinking audience of social media followers.

It’s super unhealthy and mildly depraved, but to her credit, Farrah is one of the few reality stars who’s continued making tabloid headlines years after getting fired from her show.

Anyway, we assumed we knew just about everything there was to know about Ms. Abraham, but she just proved us wrong in a big way:

Earlier this week Farrah released a memoir, and amazingly, it contains a treasre trove of new information about the controversial mother of two.

So if you can get past the fact that Farrah misspelled “memoir” on the cover, and the writing is god-awful throughout, it might be worth your time to pick up a copy.

Or you can just trust us to keep you infomed of all the mildly interesting parts.

You’ll save a lot of time, and you won’t be put in the morally dubious situation of helping to fund Farrah’s bizarre lifestyle.

Anyway, the passage that seems to be garnering the most attention has to do with Farrah’s claim that she wanted to take the Plan B pill to prevent her pregnancy, but her mother, Debra Danielsen, wouldn’t allow her to do so.

As Farrah reminds us, in those days, minors needed permission from their parents or guardians to buy the so-called “morning after pill.”

“More so the blame falls on the government, schools, look what they get more funding for, why wasn’t there a preventative, Plan B sooner?” she asks.

“Birth control pills are not reliable as I found out but I also freaked out and my mom would not sign off on a plan B form, back when parents were needed to do so.”

Okay, so it’s not exactly Shakespeare, but those sentences are downright eloquent compared to the usual word salad that Farrah spews from her mouth.

Besides, at least we know she really wrote this thing.

“So I cried for a day, I grieved the life I was going to be moving on from, and even though I lost my daughter’s father I never gave up and fought hard to be the best mother and father to my daughter,” she continues.

“I’m grateful to see the shows I took part in 16 and pregnant and Teen Mom that play a role in children, teens, adults having better health care today, we still deserve even better care, especially at walk-in clinics.”

We’re not sure if there’s any evidence that MTV reality shows have ever resulted in anyone receiving better healthcare, but we’ll take Farrah’s word for it.

“Cheers to our next generations having more confidence, less vulnerability, and knowing more about the truths of their health care and the effects on their livelihoods and education,” Abraham added.

Debra — better known to some as the rapper Debz OG — has yet to respond to Farrah’s allegations, but we’re sure this situation will culminate in a situation where they both wind up accusing the other of lying.

Meanwhile, Farrah’s 12-year-old daughter Sophia is old enough to read that passage and memorize it for the sake of her future therapist!