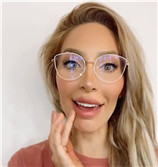 What started as an apparent joke by Farrah Abraham has turned into something a lot more serious.

If anything it turned even funnier over the last couple days.

Way back in April, Abraham claimed she was attending Ivy League institution Harvard, despite seemingly not knowing how to spell Harvard.

As it turned out, Farrah wasn’t technically tellling a lie at the time, as she had signed up to take an online creative writing class as part of Harvard Extension School.

Good for her, right?

“Farrah is doing online classes at Harvard to further her entertainment career,” Farrah’s mother explained awhile back to The Sun.

“It’s not to be an actress. It’s to do production, writing, storytelling, directing and more.”

We later learned that Farrah was taken a “Writing in the Humanities” class via Zoom, which, again, great, right? Well done.

But it’s all gone downhill ever since.

(No, that’s not a reference to the Farrah Abraham sex tape.)

Farrah is now claiming that she’s a victim of “educational abuse,” using this unusual term in an interview with TMZ.

The mother of a 12-year old named Sophia, Farrah says she was given the boot from her class by a professor… without ever being given an explanation.

She even called this professor out by name upon leaving the course a one-star revew on Yelp.

Reads a section of the review:

“After attending Harvard and #1 being discriminated to the highest level by being locked out of my zoom for a course I payed for by the teacher Patricia Bellanca and Dean Robert Neugenboren with no one answering emails, setting calls, nor the XXI, diversity, disabilities and admissions directors stepped in being cc’d from day 1 on the teachers misconduct, these are not responsible professionals these are bulling student tactics that are illegal and sexist.”

Yes, that was all written as one long sentence.

Farrah also misspelled the word paid in it.

Abraham went on to say the whole program was a “scam” and “fraud,” continuing as follows:

“I would advise Harvard is not a safe nor credible school to attend.

“Their own teachers do not know how to teach online! Hypocrite, scam , illegal ivy league joke.”

Farrah continued by trashing the university as “pathetic” and saying it is “educationally abusive to students.”

Speaking to TMZ, the former Teen Mom OG star alleged that her teacher played mind games with her by telling her to turn in an assignment without checking it over.

The professor then used this scheme against Abraham by trying to convince her to drop the course… according to Abraham.

The problem, though, is that we’ve gotten a look at the email sent to Farrah by the professor in question and, well, it reads as being pretty fair to us.

As you can see above, the teacher urges Farrah to drop the class and switch to a less challenging course that would give her “additional practice with reading and writing.”

She also says she’ll do all she can to help Abraham succeed.

But if a student’s “lack of preparation impedes” her progress, then that student may face expulsion.

At that point, no tuition refund would be offered.

We have no doubt this sort of thing is included in the fine print when one signs up for a class.

Harvard is a private university and can set any rules it sees fit.

But try telling that to Farrah!

Upon sharing her professor’s email with the world, Farrah wrote:

“The teacher was mentally unstable. Declining a masters degree student an education that is payed for is illegal according to the constitution.”

She makes up for it, though, by apparently having unique insight into the U.S. constitution.

If any scholars are out there, please help us out and point to the clause in this document where it guarantees an education to a masters degree student who has paid tuition.