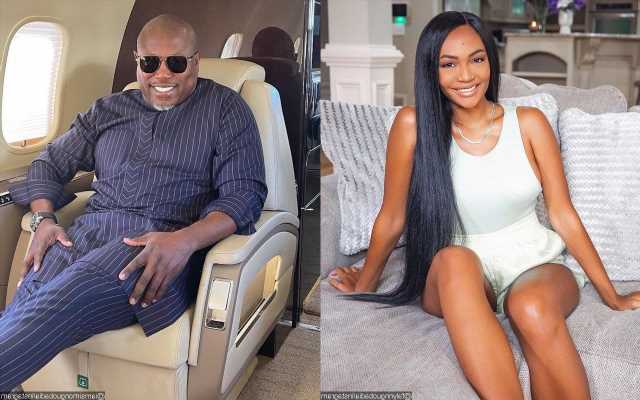 The former star of ‘The Real Housewives of Atlanta’, who finalized her divorce from Simon in July, argues that Instagram cannot change her handle because her account is verified.

AceShowbiz –Falynn Pina clearly wants nothing to do with Simon Guobadia. The former star of “The Real Housewives of Atlanta“, who called it quits with Simon earlier this year, announced that she will delete her Instagram account to remove her ex-husband’s last name from her handle.

The reality star shared her announcement on Wednesday, December 8. “I’ve been patiently waiting for Instagram to change my IG handle since May. Over the course of several back and forth emails, they’re still saying there’s nothing they can do since my IG is verified. So f**k a verification badge,” she first argued.

“I’ve created a new IG @falynnpina_,” the mother of four went on noting as she promoted her new account. “Please follow that one as I will be deleting this page.”

Falynn and Simon went public with their separation in April and finally finalized their divorce in July. At that time, the TV personality exclaimed on Instagram Story, “I am officially divorced! It’s a party! It’s a partyyy!!!”

The exes have moved on, though. While Simon is now engaged to Falynn’s former “The Real Housewives of Atlanta” co-star Porsha Williams, Falynn is also engaged to her then-boyfriend, Jaylan Banks.

Despite Simon and Porsha’s controversial relationship, Falynn has made it clear that Porsha was not the homewrecker. “No one has that power over my life, my husband’s life and our marriage,” she said in an interview. “Simon and I were the ones who are married to one another, we’re the ones who created a family together and built a life with one another. I blame the both of us. He’s to blame, I am to blame and that is all.”