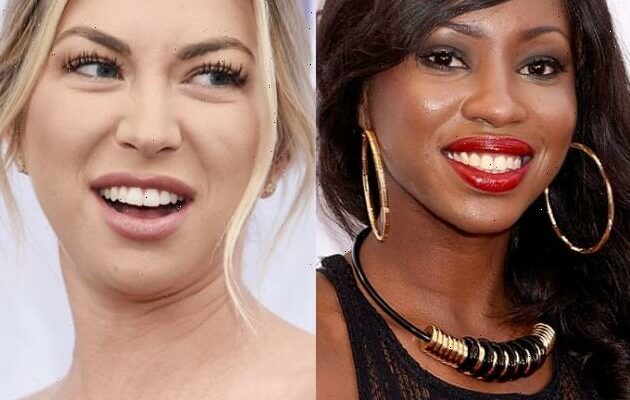 The former Vanderpump Rules star didn’t say very much after Stassi Schroeder was fired by Bravo in June 2020 for her racially-insensitive past.

Most notably, it came to light two years ago that Schroeder and Kristen Doute had called the police on Stowers in 2018 for a crime she didn’t commit, presumably due to the color of her skin.

Schroeder sort of apologized in a number of post-firing interview, seeming to own up to the many mistakes she made in the past.

Then, in January of this year, Schroeder announced the release of a new book, writing as a caption to an Instagram photo of the memoir’s cover:

“It’s no secret I’ve made some big mistakes and have been called out for them, but I’ve also done a lot of reflecting and learning…and writing.”

“By writing this book, I hope to shed some light on what happened with me, but my real hope is that my stories can help someone else find their way out of their own worst times…and maybe laugh at my expense along the way.”

“Besides getting engaged and feeling like she was on top of the world career-wise, she bought her first house and was planning her dream Italian wedding,” read a statement from the Simon & Schuster imprint.

“The future showed so much freaking promise — until it all went to hell.”

Yes, some would argue.

It went to Hell because Schroeder acted like a close-minded bigot.

Leading up to the release of this new book, Stassi appeared on a handful of podcasts, recounting her “rock bottom” year and even telling her side of the incident involving Stowers.

In response, Faith finally let loose via her Instagram Story earlier this month.

“I think it’s a sad, sad time for our community when someone can use white privilege and try to destroy you and then use that same privilege to try and make money off you,” Faith wrote in this social media post.

Stowers also posted a photo to her grid with the caption:

The caption no longer appears on her page… but it went on to quote Stassi from an episode of her former podcast, Straight Up With Stassi, in which the host questioned why “African Americans” wanted to be the center of a movement.

Stowers, meanwhile, hasn’t been the only person to criticize Schroeder for the release and promotion of this book.

“Rock bottom? You’re healthy, have a beautiful family, and more than enough money to live,” one person wrote in response to Stassi’s summary of the memoir.

“I’ve been really rooting for you- although I was super hurt by what went down with you..this doesn’t feel right,” another added.

A third Internet user them summed things up rather well, writing: “Your ability to profit off of your cancellation for acts of racism is astounding!”