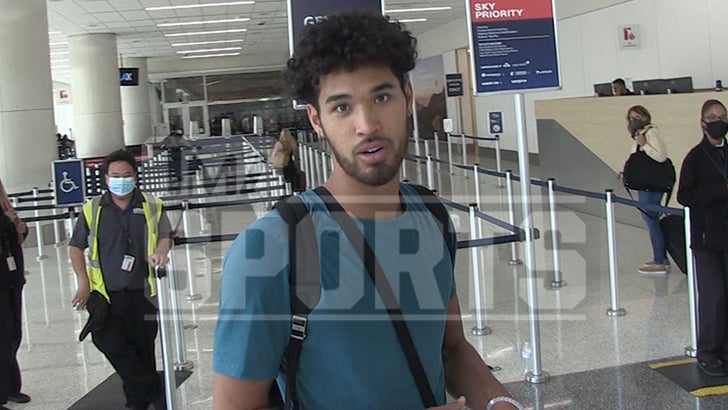 Johnny Juzang didn’t hear his name called on NBA Draft night — however, the former UCLA product tells TMZ Sports he’s looking forward to making the most of his opportunity with the Utah Jazz … saying, he’s “got something to prove.”

We spoke with the 21-year-old — who spent the last 3 seasons as a member of the Bruins — out at LAX this week, and he told us despite the disappointment he felt on Draft Day, he’s thrilled the Jazz signed him to a 2-way contract, and he’s now promising to bust his ass on the court for the team.

“I always feel like I got something to prove, but I’m so excited about being with Utah,” Juzang said. “Jazz are a great organization. I’m really excited. Great opportunity.”

Under Juzang’s current contract, he’s eligible to play in 50 of the team’s 82 games next season, which means he’ll likely spend some time with the team’s G League affiliate — The Salt Lake City Stars.

“At the end of the day, that’s all you need,” Juzang said. “[To] get your foot in the door, but I always feel like I got something to prove.” 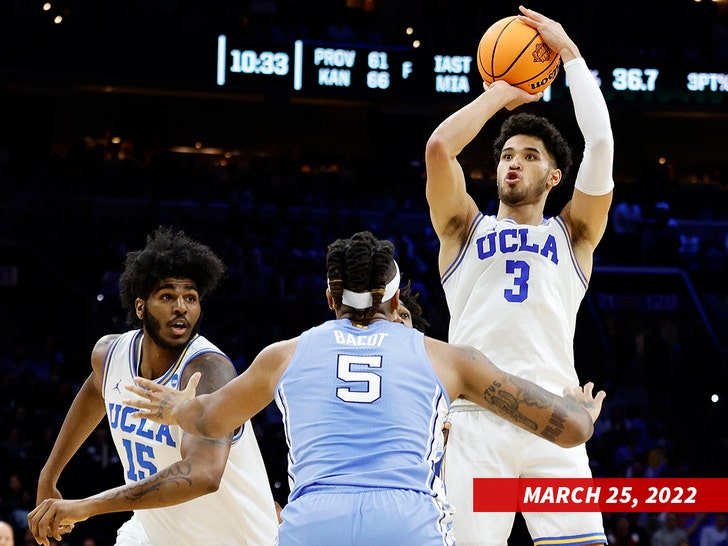 “It’s all about what you do when you hit the court. The number, whatever, don’t mean anything. I’m just lucky to be in a great situation with a great organization.”

Johnny also congratulated Shareef O’Neal and Scotty Pippen Jr. — who both signed deals with the Lakers as undrafted free agents as well — and he expressed a mutual level of respect for them.

“We all root for each other,” Juzang said. “You wish everybody the best of luck.”