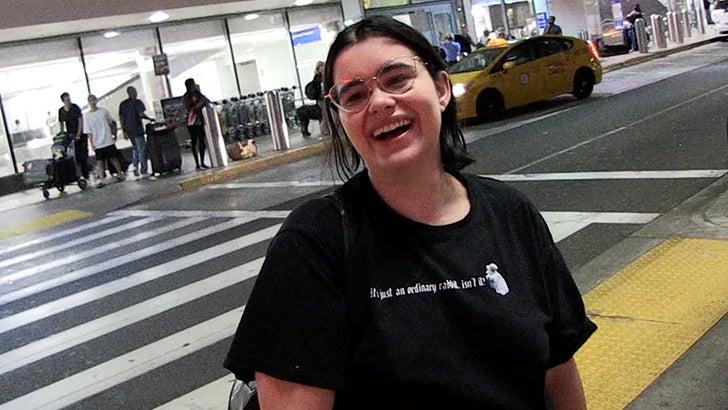 Barbie Ferreira — who plays the the sexually reborn (and empowered) Kat Hernandez on the show — was leaving LAX Sunday night, when our camera guy ran into her and had a bit of a fanboy moment. As he told her, if he wasn’t working … he’d be watching the new episode.

Speaking of that … we asked the 22-year-old if she runs back her own work and takes it in as a regular viewer. Turns out, she does! But, there’s a catch about how she has to watch.

Considering the extremely graphic nature of the series — involving sex, drugs and LOTS of other stuff — we don’t blame her for turning down the volume based on her neighbors.

Now, here’s something too. Our guy asks if her life has become anything like that of her character’s — with guys throwing themselves at her to solicit her, um, services. Doesn’t sound like that’s happening though … if anything, Barbie says it’s the opposite.

It’s all good though — Barbie’s a real-life sweetheart. And, like our photog mentions, “Euphoria” is well on its way to legendary status for its brutally honest and raw look at high school life … even if the nudity includes prosthetics.