Five-time Emmy Award winner Jane Lynch will compete for another golden statuette this fall following Tuesday’s nomination for Outstanding Guest Actress in a Comedy Series for her role in Hulu’s Only Murders in the Building. 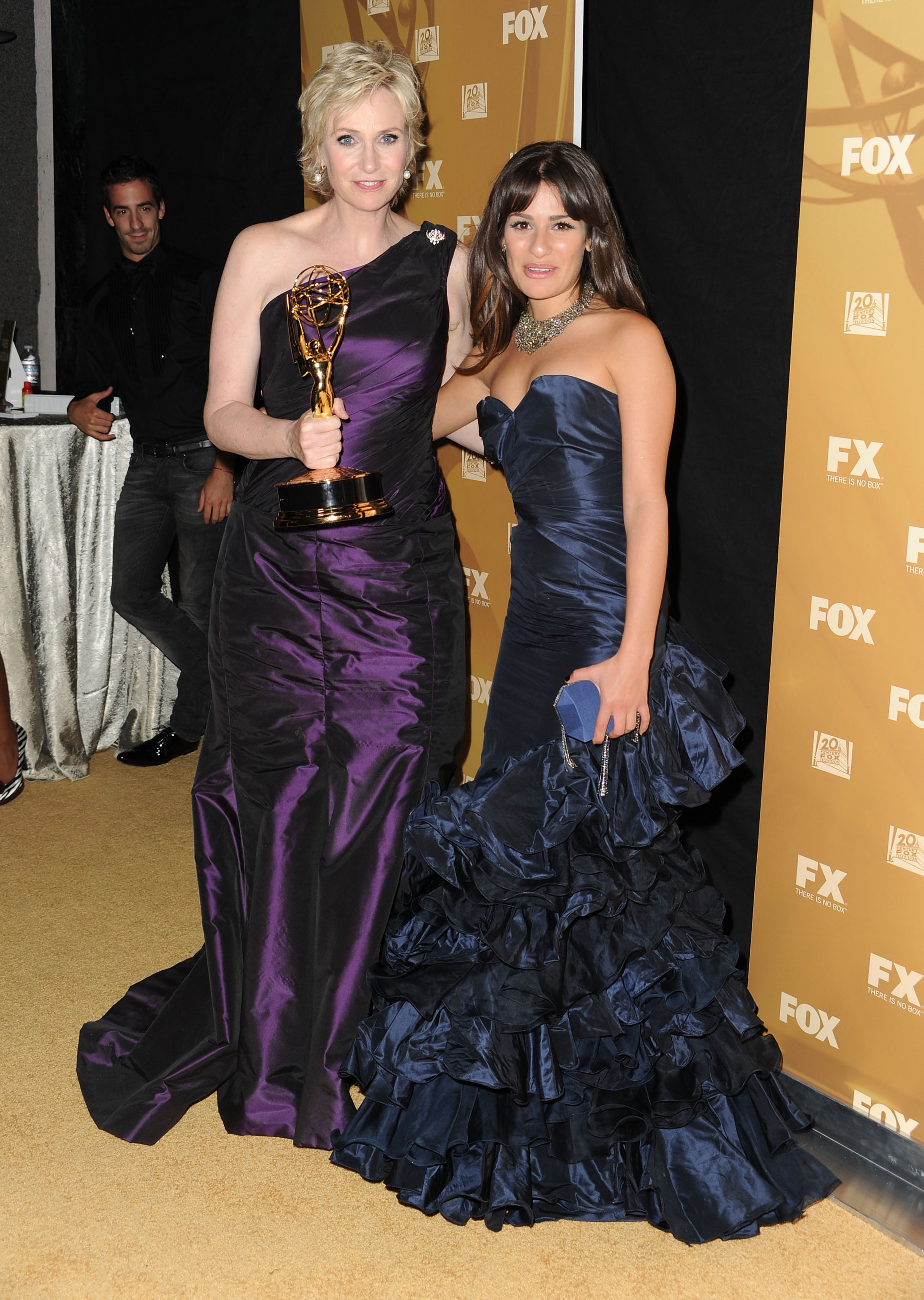 The live awards celebration on September 12 is set just 6 days after Lynch will depart from the Broadway production of Funny Girl along with her costar Beanie Feldstein. Taking over performing duties is Lynch’s Glee costar Lea Michele as Fannie Brice and Tovah Feldshuh in Lynch’s role of Mrs. Brice.

And while fans will be disappointed Lynch and Michele won’t work together in Funny Girl, there’s a reason for that.

“We have been in touch about it,” Lynch tells Deadline of Michele. “You know, it was just a really strong idea to have Feldshuh and Leah premiere together. That’s the only reason [we won’t appear together.] I adore her. She’s just going to take this show and make it her own. I’m so glad she’s getting the opportunity in real life to do the show and not just on Glee.”

With Only Murders in the Building‘s Season 2 in full swing, Lynch confirms her character Sazz Pataki will return. Sazz is Steve Martin’s character Charles-Hayden Savage’s body double from back when Savage portrayed small-screen detective Brazzos in an eponymous series.

“You might see Sazz this season—well, yes, you will,” Lynch says with a laugh. “She reunites with Steve Martin’s character to help him with a relationship issue. He’s so passive and he needs to me do something for him that he can’t bear to do himself.”

She adds of working with Martin, “This is the first time we’ve worked together so I watched him closely to see how he moves. He would suggest what we would do with our glasses. We were in sync and worked like we were identical twins. Now I do it unconsciously.”

Lynch recalled the funny way the role arrived at her doorstep.

“I rented a house from Kristin Bernstein, one of the producers and writers on the show about 10 years ago and we became friends. She texted me like two or three years ago asking if I would be up to playing this part, Steve Martin’s body double, and I said, of course! I mean, I’m the obvious choice.”

The series earned an early Season 3 renewal on July 11 after only 3 episodes of Season 2 had aired. New episodes are released on Tuesdays.