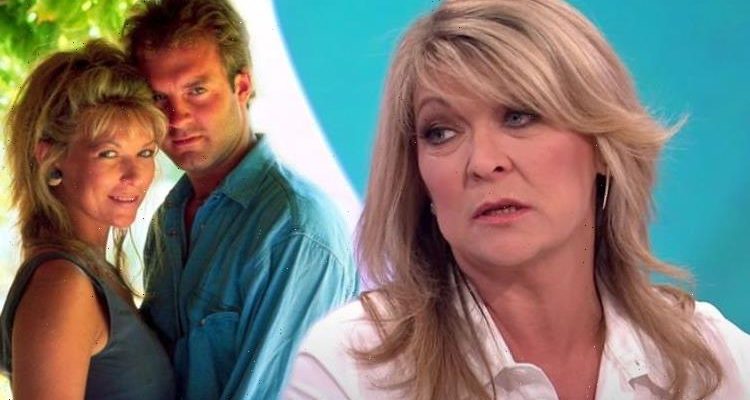 Claire King reveals all about her ex-husband's gambling addiction

Many fans of Emmerdale will be stunned to hear that actress Claire King had been married to her on-screen stepson, Peter Amory. The once-happy couple wed in 1994, just five years after they both joined the popular ITV soap.

I met Sam at a funeral of a close friend of ours, and she said, ‘Look I’m really sorry’.

Claire, 59, joined Emmerdale in 1989, taking on the role of Kim for ten years, while Peter bowed out in 2003 after his character, Chris Tate, was killed off.

Behind the scenes, Peter, 56, and Claire had been secretly dating and married five years after they first met.

However, their marriage lasted just ten years after she was left devastated following the scandal that Peter had cheated on her.

To make matters worse for the Bradford born actress, Peter’s extramarital lover was one of their co-stars.

At the time, it was claimed that Peter was having an affair with actress Samantha Giles, 50, who plays the role of Bernice Blackstock.

Following the revelation of their affair, Peter claims that both he and Samatha were estranged from their respective partners, a claim Claire has since hit out, claiming she believes the affair began before their estrangement.

Speaking in 2005, Claire claimed that after questioning her now ex-husband, he confessed that he had been engaged in an affair.

Claire told The Mirror: “He told me it was over but then it started again.

“At that point, I said, ‘Well, you have to go with her then because it obviously isn’t going to stop.'”

The actress went on to add: “She was there when I was in Emmerdale and you can’t help those thoughts going round in your head — did he fancy her, did he… It’s all that c***py teenage stuff.”

While Claire had initially taken her cheating ex back, the initial revelation came as a shock when Samantha’s husband wrote to the former’s agent, sharing details of the sordid affair.

She previously spoke about her marriage, saying she had a “two strikes and you’re out” rule, which she kept to with Peter.

While the horse lover knew her marriage was heading towards a shattering ending, she admits that she found it “scary” as “everything seemed to implode”.

Discussing the now infamous letter during an appearance on Loose Women, she said: “I found out about it through a letter from the girl’s husband.

“My agent rang me saying, ‘There are bits and pieces in the paper’, it wasn’t anything to do with her.”

Speaking on Channel 5’s In Therapy, Claire disclosed: “The distance thing was not great, we split up due to his infidelity what hurt was the fact that every b****r knew.”

She went on to add: “I suspected but everyone knew who because it happened in my house, in the local pub, the workplace, I did suspect and I did suspect who but officially I was the last to know.”

While Claire may have been heartbroken at the time, she has since put the devastation behind her and is now friends with both Peter and Samantha, with who she still works alongside.

She added on the ITV daytime show: “I met Sam at a funeral of a close friend of ours, and she said, ‘Look I’m really sorry’.

“After all these years it’s water under the bridge but we are friends.”