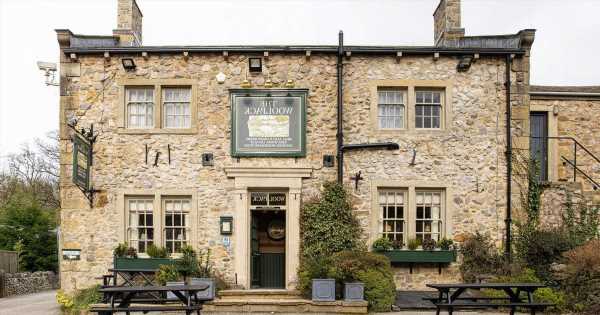 Emmerdale is set for dramatic storylines in special episodes for the soap’s upcoming 50th anniversary that will leave the village forever changed, bosses have exclusively revealed.

The Yorkshire-based soap will celebrate its big anniversary throughout the entire month of October, showcasing a series of episodes that will focus on the programme’s most beloved and iconic characters.

Emmerdale bosses told OK! and other reporters that the village will “never be the same again” after a massive storm takes place within anniversary month, leaving characters hugely impacted by the event.

Series producer Kate Brooks said: “The big 50th week will focus on a massive storm that is going to rip through the village and absolutely leave a massive trail of destruction in its wake.

“Some of our best loved villagers will be in peril. And it's safe to say that literally the village won't be the same after this, and it will never be the same again, because the impact this storm has on people's lives. It’s just massive.

Kate teased the short return of one family in the highly-awaited special episodes, as she continued: “And, as if all that isn't enough, we also have the return of some very familiar faces to the Dales — Diane, Aaron and Tracy will all be making a reappearance.

“They'll be kind of at the heart of some really big stories that will impact their lives, and not just their lives, the lives of the characters they leave behind. So, it's all it's all really exciting!”

Executive producer Jane Hudson teased the soap’s “most epic” stunts to come as she explained that several storylines will play out in October, leading to emotional outcomes for all characters involved.

“It's all going ahead as we speak. It was really important to us to not just celebrate our wonderful characters in the village, but also celebrate our village itself. So, our whole month will be set in our village.”

Actor Jeff Hordley, who plays Cain Dingle, spoke on his involvement in the Faith storyline, as actress Sally Dexter makes her exit.

He said: "There's a whole lot going on which I personally am saddened at losing the brilliant Sally Dexter but it will give us some great stories going forward. I look forward to doing that. And that's as much as I know!

While there will be the happy occasion of Kim Tate and Will Taylor’s wedding, along with pregnant Amelia Spencer perhaps having her baby, producers have also hinted at likely tragedy and a possible murder happening.

“On the 16th, we will be having our special birthday episode, which is our Kim and Will wedding. And of course, it's not going to go smooth that week,” Jane said.

“Amelia does play a very big part in the storm and when she needs to be found, she's stuck on her own.

Jane added: “There is always potential for a murder in Emmerdale. This is Emmerdale. You know, it's famous for its murders.

“So there’s normally a murderer lurking around the corner somewhere…”

Which character is possibly set to leave? Viewers will have to wait until Emmerdale’s 50th anniversary episodes air in October to find out.