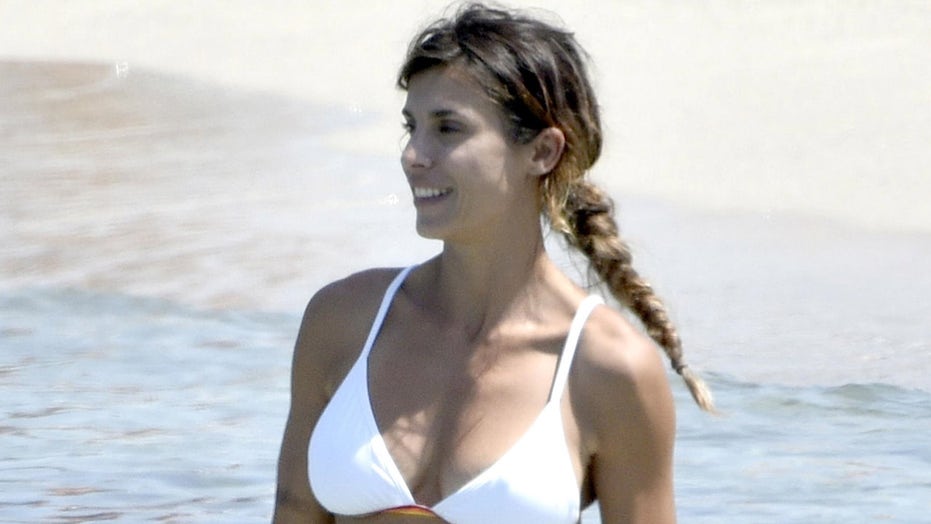 Elisabetta Canalis is back at it.

The 42-year-old actress was recently spotted out-and-about soaking up some sun on the beach.

For her outing, the Italian star donned a white bikini with red and yellow striped trimming as her hair was pulled back into a long braid.

Over the weekend, Canalis was seen enjoying more time on the beach in Sardinia with her daughter Skyler. At the time, she wore a sparkling smoky-hued string bikini.

Outside of her film career, Canalis is known for having previously dated actor George Clooney. 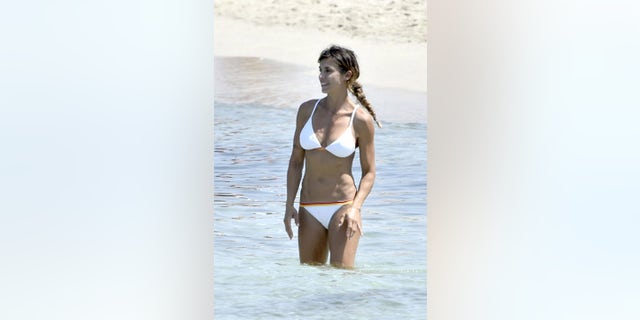 Elisabetta Canalis soaks in some sun during a beach day in Italy.
(Ciao Pix / BACKGRID)

The two were together for two years before calling it quits in 2011. They originally made their romance official in September 2009 at the Venice Film Festival, People magazine reported.

In 2014, Clooney married his wife Amal, a barrister specialized in public international law, international criminal law and human rights. They welcomed twins in 2017.

Canalis has successfully led a decades-long career. In 2011, the “Dancing with the Stars” contestant told Shape magazine she had a no-nonsense rehearsal schedule of six hours a day, seven days a week for the competition. Prior to that, she relied on kickboxing and swimming to stay in camera-ready shape. 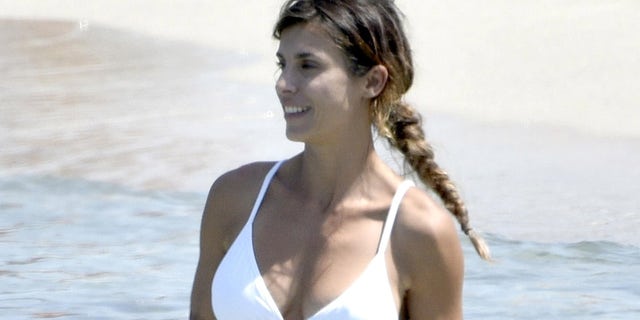 The star wore a pristine white bikini for her outing.
(Ciao Pix / BACKGRID)

“I love variety in my life,” she told the outlet. “Kickboxing and swimming are like boot camp in the water. It’s very hard training but so good for circulation; when you swim you use all of your muscles and it’s great.”

The self-professed carb addict insisted she has always been against diets. Instead, Canalis said she focuses on eating carbs in the earliest part of the day and enjoyed more protein for lunch and dinner. She also prefers to cook traditional pasta dishes from home.

“For me, it’s about the way you eat,” she explained. “You can eat a lot of things, but eat good things. I can’t accept the fact that I would have to be starving all day long… it would put me in a bad mood and I wouldn’t advise it to anyone!”