The Duke and Duchess of Sussex excitedly brought a giggly five-month-old Archie to the city’s Old Granary building, where they were greeted by the archbishop and his daughter Thandeka with open arms.

Dressed in a light blue pair of dungarees, white romper, and tiny grey socks, Archie couldn’t stop smiling and baby-talking as mom Meghan tickled his hand to keep him entertained. “You’re going to meet Arch, Arch,” Harry smiled, looking over at his son.

Details of the visit were kept quiet by Buckingham Palace until the morning of the engagement, which acknowledges the incredible work being done by the Desmond & Leah Tutu Legacy Foundation. The organization, which was founded in 2013, contributes to the development of youth and leadership, facilitates discussions about social justice and makes the lessons of Archbishop Tutu accessible to new generations.

Upon arrival to the foundation’s headquarters, one of the oldest buildings in Cape Town, the trio met Tutu and daughter Thandeka. “It’s such an honor to meet you,” Meghan, who wore a Club Monaco dress, said to the archbishop as the bounced Archie in her arms.

After taking a group photo overlooking the building’s courtyard area, the group went inside for a private meeting over freshly brewed tea. While Archie looked around the room, Thandeka joked that he would have to get used to the cameras. “I have cameras in my genes,” she said of her own childhood. “I think he’s used to it already,” Harry laughed. “He’s an old soul,” said Meghan.

Archie left with a basket of gifts from Tutu and Thandeka, including a book of bible stories and the children’s book Desmond and the Very Mean Word, both written by the archbishop. Harry and Meghan also left with goodies—beaded bracelets by local designer Ikamva Labantu and a copy of The Book of Joy, signed by Archbishop Tutu and the Dalai Lama. Harry received two framed pictures of Tutu and his late mother, Princess Diana—one for him and one for William.

Today’s meeting marks a rare appearance for 87-year-old Archbishop Tutu. Prior to the engagement, details of the visit were kept brief due to recent health troubles. “He has been looking forward to the meeting,” Thandeka told reporters at a September 25 British High Commission reception, which the Sussexes also attended.

Tutu is one of South Africa’s most revered icons, and was the recipient of the 1984 Nobel Peace Prize for his efforts in resolving, and ending, apartheid. Although he retired from public life in the late 1990s, he continues to draw attention to social justice issues in the country.

The Duke of Sussex previously met with the Anglican cleric in November 2015, when he was presented with the Insignia of an Honorary member of The Order of Their Companions of Honour on behalf of the Queen, in recognition of his services to British communities and international peace reconciliation. 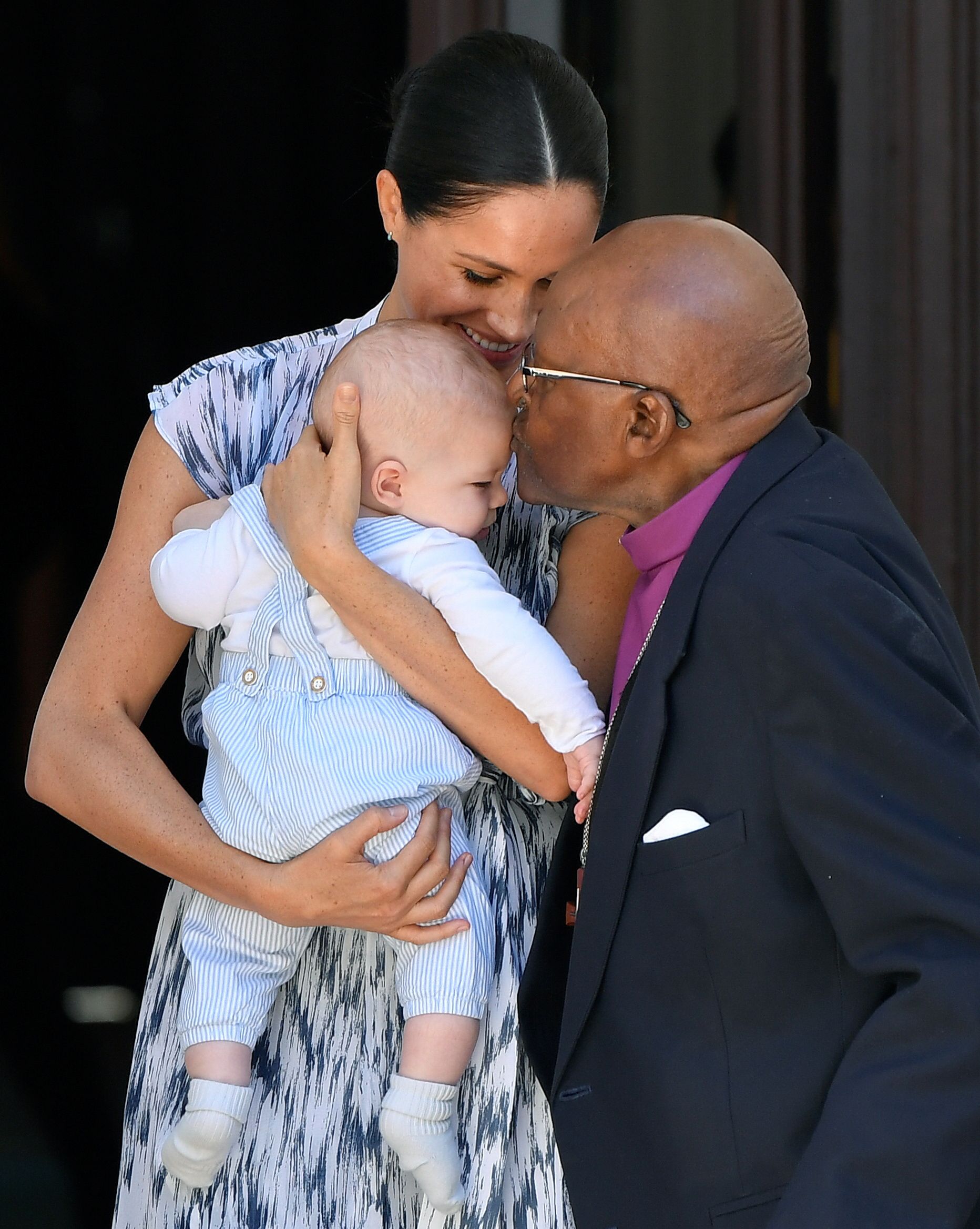 Harry and Meghan have closely followed Archbishop Tutu’s work and recently shared his inspiring words on their Instagram account. “Do your little bit of good where you are,” the quote, which the couple personally selected, read. “It’s those little bits of good put together that overwhelm the world.”