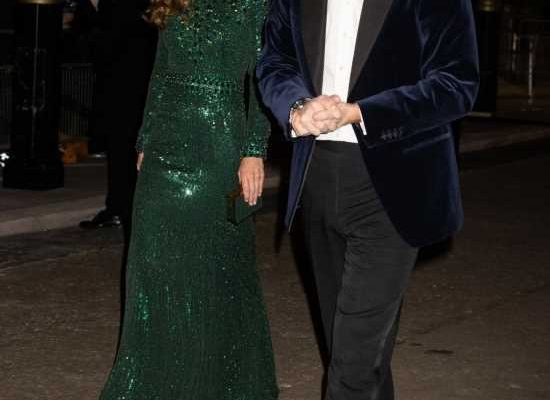 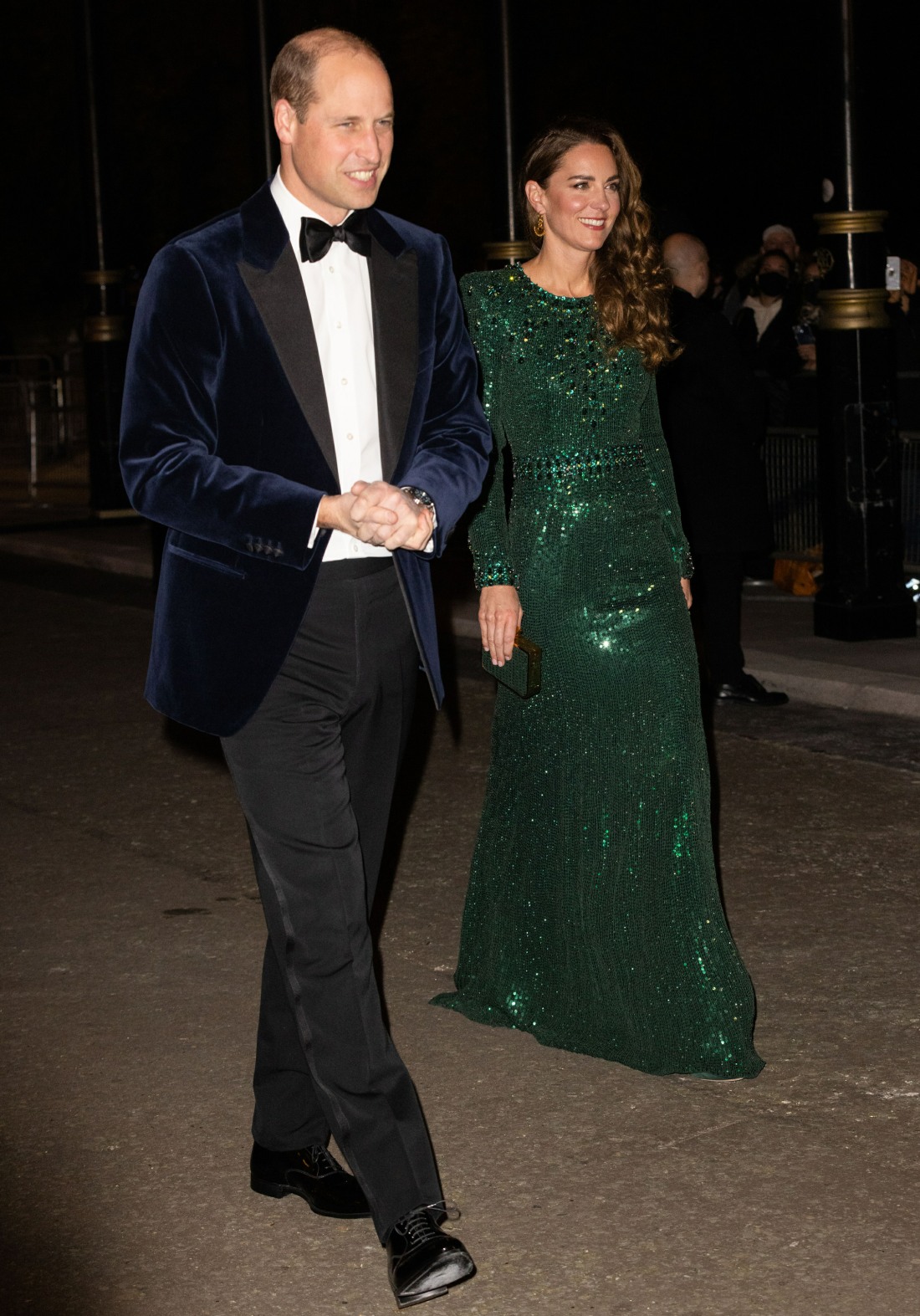 The Duke and Duchess of Cambridge were the royal guests at last night’s annual Royal Variety performance in London. Their appearance was announced ahead of time and it marks one of the very few joint appearances they’ve made since their two-month summer off. The Royal Variety performance benefits the Royal Variety Charity, which takes care of elderly actors and entertainers involved with Britain’s theater and film industries. William and Kate have been the royal guests several times before, but rarely does Kate ever try to look glamorous or sophisticated. She usually wears some fussy doily.

This year, Kate once again went with a repeat. She’s been repeating a lot of looks lately! It’s weird because we *know* she spent the pandemic shopping online, and she probably has tons of new stuff, just sitting there, waiting to be worn. But instead we get a repeat of this dark green Jenny Packham gown. She wore this for a pseudo-state dinner in Pakistan in 2019. The dress itself is fine, kind of whatever, a typical Jenny Packham. But the way Kate styled it… well well well. Suddenly a deep side-part and side-swept waves and curls? Actual lip color? Some cute dangly earrings? It looks like someone read all of the online comments about how old and washed out she looked on Remembrance Sunday. Maybe that’s what she was doing all week – getting some Botox top-off, a facial, a new makeup artist and hair stylist.

Honestly, I wish she had been doing fun stuff with her hair this whole time. All it took was ten and a half years of duchessing and a hateful campaign to exile her glamorous sister-in-law. 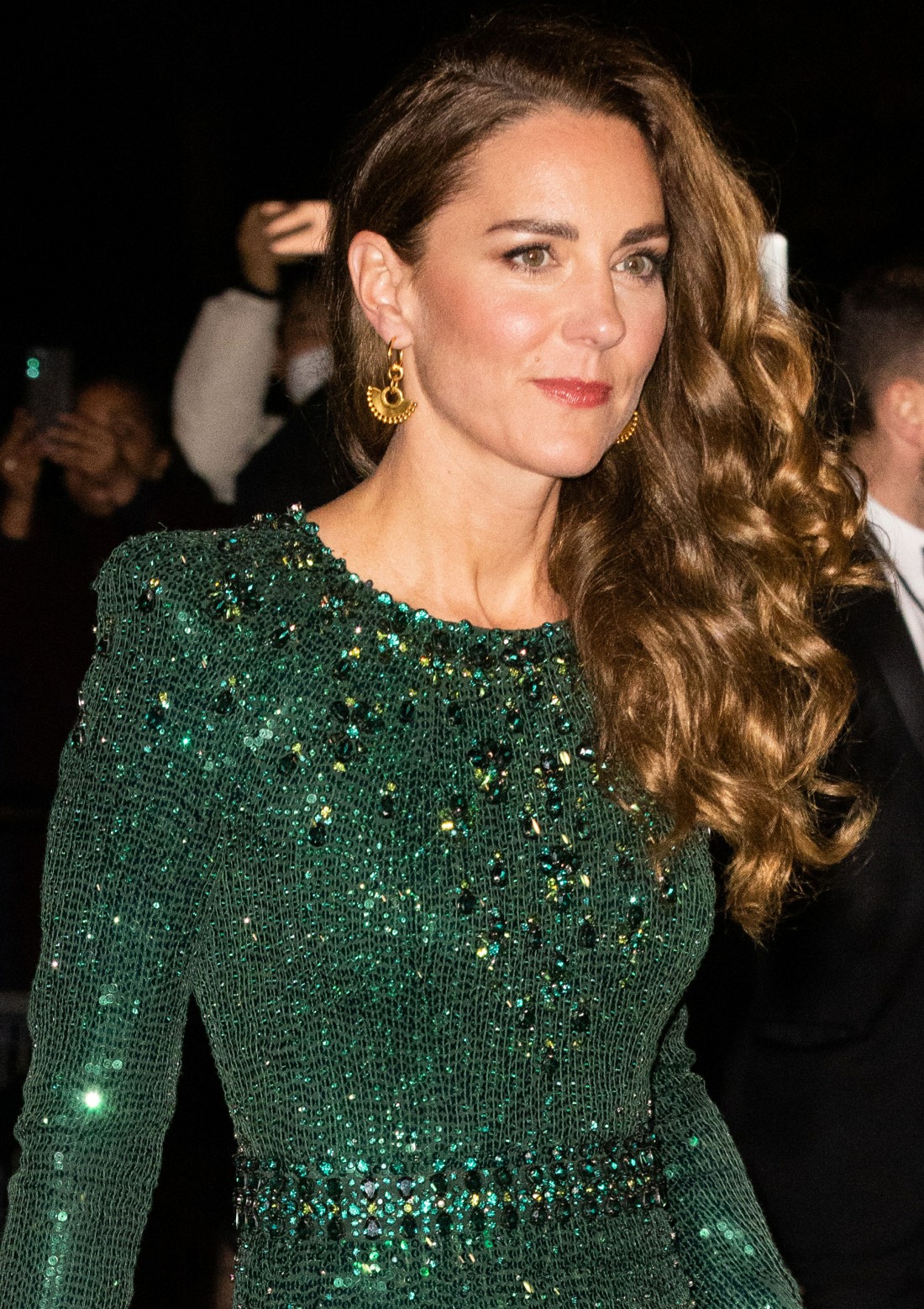 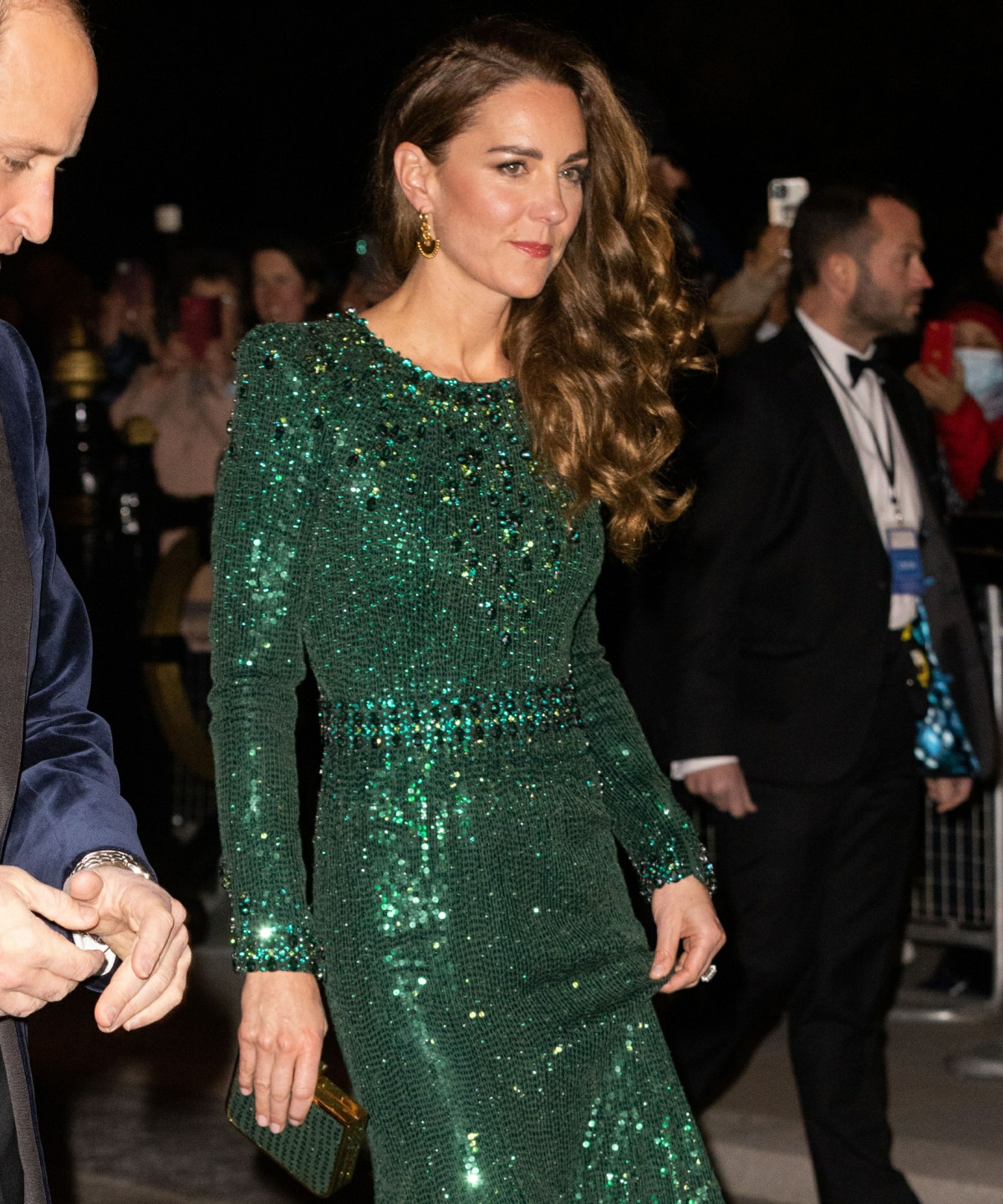 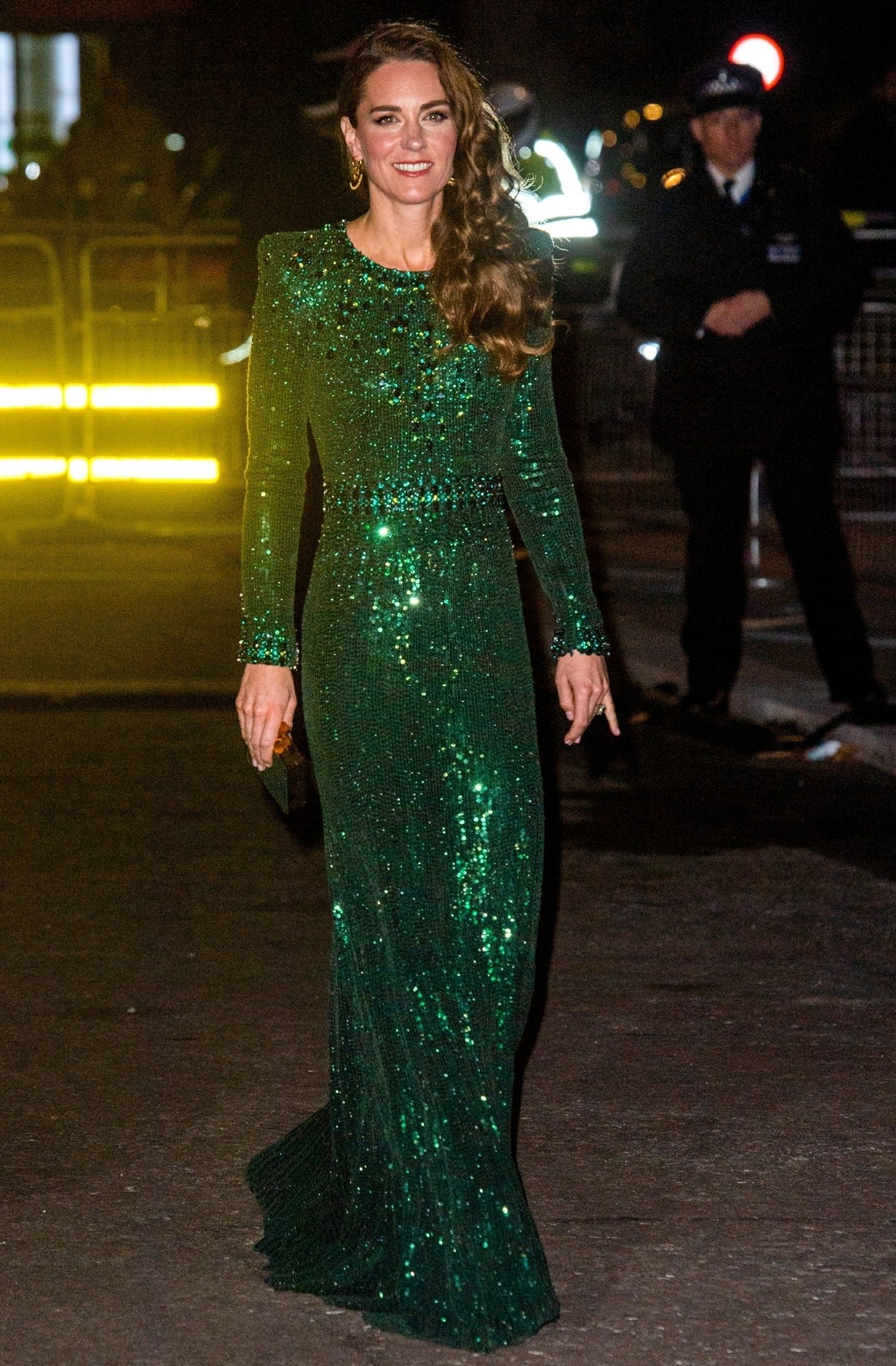