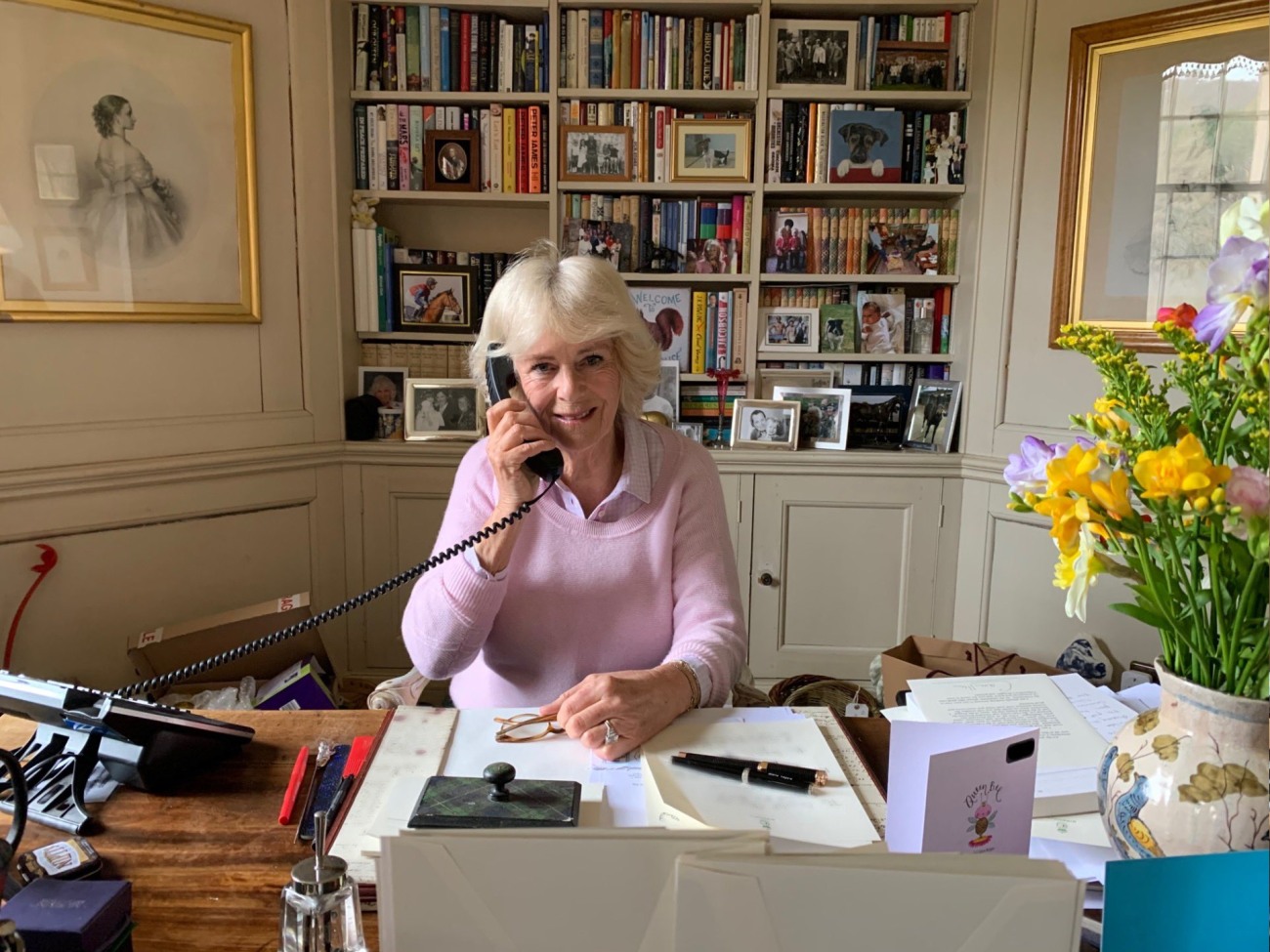 While I still believe that the Windsors reacted poorly to the coronavirus pandemic in various ways, I have to admit that I’ve been somewhat moved by Prince Charles and the Duchess of Cornwall in their isolation in Scotland. Yes, they never should have traveled to Scotland in the first place, especially since I’m 100% positive that Charles was already showing symptoms when he flew there. But in isolation, Charles has done some good stuff, like remotely opening up a field hospital, making a video where he spoke compassionately about the loneliness seniors feel in isolation, and reciting a Wordsworth poem for Radio 4.

Meanwhile, Camilla is out of isolation too, and Clarence House posted a photo of Camilla in her office, at her desk at Birkhall, and I LOVE it! Look at that messy, personal office! I was concerned by how little stuff is on royal desks – William and Kate’s desks looked basically unused, and Charles’ desk seemed remarkably clean (especially for a man who is known for his reams of correspondence). But Camilla’s office is a MESS! Look at the boxes and bags by the bookcase! And all the photos and photo frames! And all kinds of books and stacks of papers! That’s a real office which gets used all the time. Ten bucks says she has at least one flask hidden in a drawer! Not only that, Camilla apparently called some random senior lady (Doris Winfield) to chat about what the isolation has been like.

Items on Camilla’s crowded desk include a fun card with the words “Queen Bee” on the back, a bouquet of spring flowers on the right and a tin of Simpkins Nipits Licorice Pellets, a U.K. confection that is said to “clarify the voice and clear the throat.” Camilla, 72, came out of self-isolation on Monday. Despite not having COVID-19, she had to remain in isolation for 14 days after husband Prince Charles, 71, tested positive for the virus. She has been using the Houseparty app to connect with her two children and five grandkids.

Camilla, who is staying at her Scottish home Birkhall home with Charles, told Winfield that the most difficult thing about being in isolation was not being able to “hug” her grandchildren, Camilla and Charles’s office revealed Monday. The two women also talked about how much they both enjoyed a good book — particularly those by crime writer Agatha Christie.

Doris told Camilla that she speaks regularly to her three daughters, but that she lives alone and misses her friends and the active social life she used to enjoy.

“Having a chat with the HRH The Duchess of Cornwall meant the world to me. I’ve been incredibly lonely over the last couple of weeks and it was wonderful to talk to her. We talked about life in isolation and shared hobbies, she was very interested in my family and how I was coping without them. It’s really cheered me up!” Doris said in a statement.

The call came from Camilla in her role as President of The Royal Voluntary Service (RVS).

Who would you rather have a phone chat with during your coronavirus isolation: Charles, Camilla, William, Kate or the Queen? I know who I would choose – I’d much rather speak to Charles or Camilla. Anyway, this is what the royals *should* be doing as they isolate. Making real calls, contributing what they can remotely, keeping up morale and showing off their messy offices. 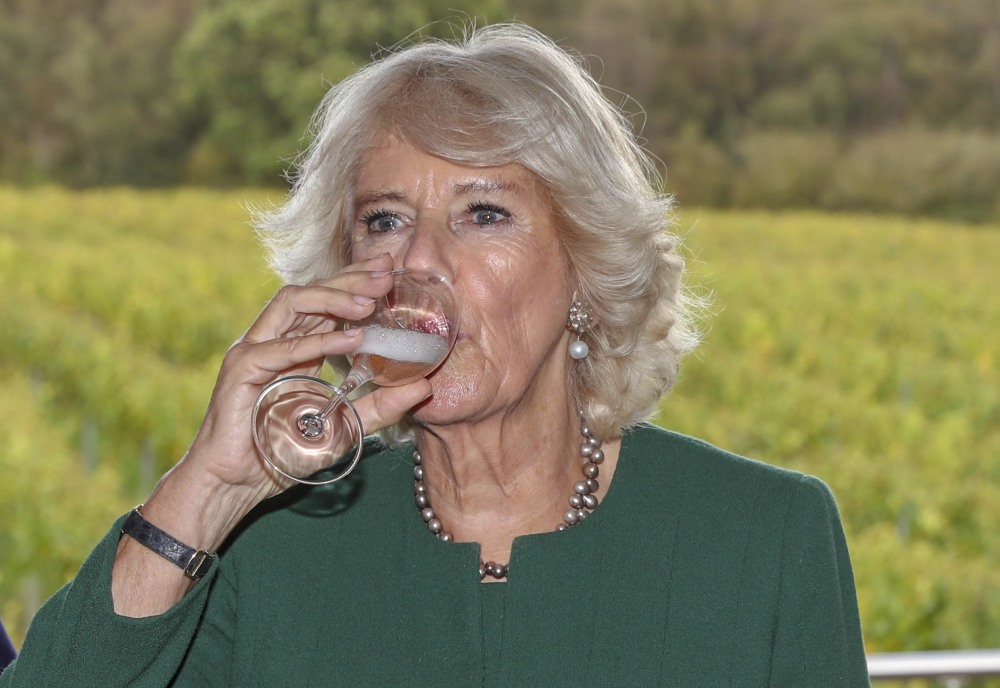 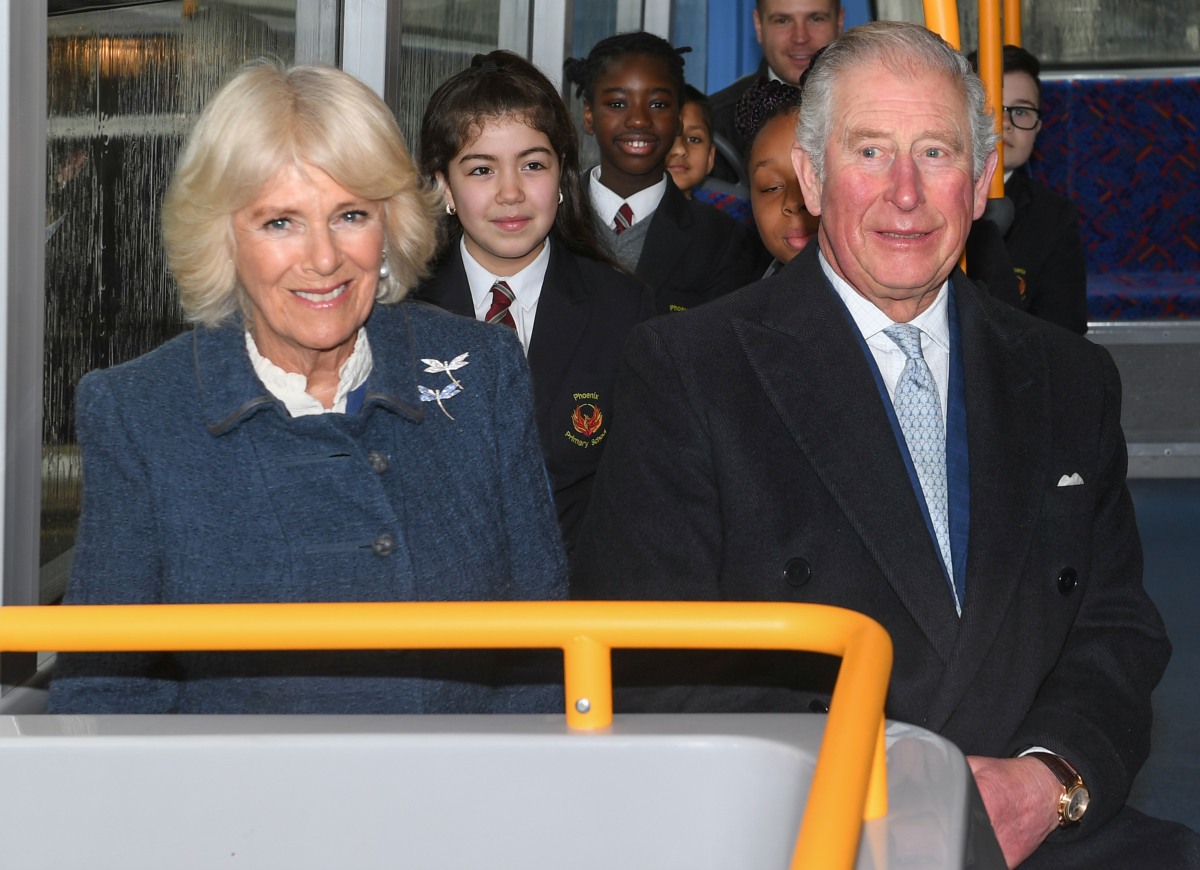