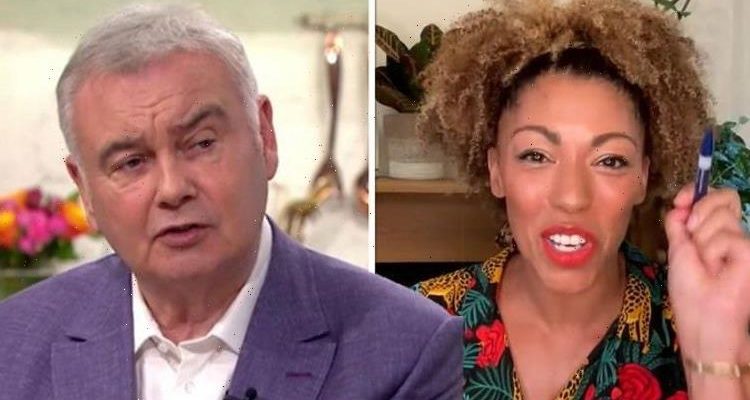 Dr Zoe Williams has posted about her “biggest stress reliever” as she returned to Instagram after finding herself at the centre of a racism row. This came after comments This Morning presenter Eamonn Holmes made about her hair on yesterday’s show.

Eamonn made a joke during Thursday’s episode when speaking to Zoe.

He said: “Your hair reminds me of an alpaca today.

Zoe then responded with laughter before warning: “Don’t touch my hair!”

Many took to social media to complain about the exchange following it airing on ITV.

One tweeted: “Did @EamonnHolmes just tell a black woman her hair reminds him of an alpaca and he wants to pet her or am I hallucinating?! #ThisMorning.”

A second wrote: “@thismorning did @EamonnHolmes just compare the doctor’s Afro to an alpaca?!?”

Actor Alan Turkington added: “Just a normal day on @ITV and @ThisMorning with Eamonn Holmes telling a woman of colour her hair ‘reminds him of an alpaca’. Nothing to see here.”

Eamonn then took to Twitter to apologise for the moment in view of his one million followers.

He said: “Hey everyone out there.

“If my attempt at being humorous with my friend @DrZoeWilliams was misjudged I am mortified and humbly apologise to anyone who was offended.”

Now Zoe has posted on Instagram for the first time since the incident.

In view of her 104,000 followers, she uploaded an adorable photo of her baby last night.

She shared a picture of the youngster with a card reading “Today I am ten weeks old”.

Writing alongside, she said: “Because this face is the biggest stress reliever in the world.

“Limitless hugs and kisses for his mummy! Life is good.”

The post racked up more than 4,000 likes with several followers sharing their support.

One posted: “Too cute they always make things better don’t they. sending love and hugs.”

A second added: “He is one of the most beautiful babies I’ve ever seen!”

“Soak in the oxytocin,” wrote another of the TV physicians’ followers.