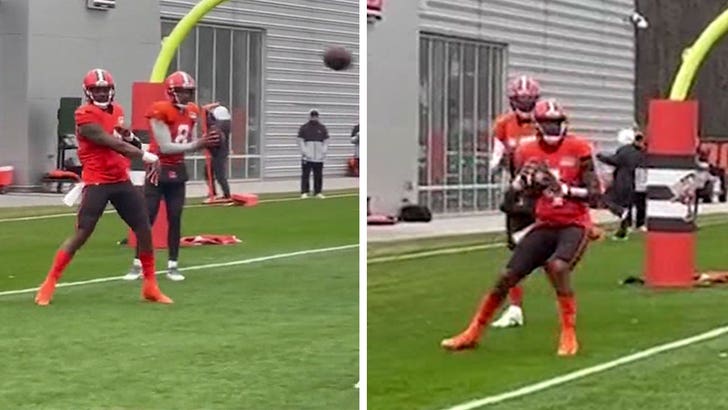 Deshaun Watson has taken another huge step toward finally returning to NFL gameday fields … he just made his way back to Browns practice Wednesday — as his 11-game suspension is officially set to end next month.

The Cleveland quarterback wore full pads for the workout … and was seen throwing balls at full strength. He appeared to be in good spirits — at one point, seemingly pointing into a camera that was filming his drills.

Wednesday marked the first day Watson was allowed back at practice since he was initially hit with the ban following retired judge Sue L. Robinson‘s ruling that he was inappropriate with multiple female masseuses.

Watson was able to play in the preseason for Cleveland as part of the stipulations of the suspension — though once the regular season began, he was forced to get lost until this week.

Deshaun still has to sit for the Browns’ next two games … but he’ll finally be eligible to come back in Week 13.

Cleveland coaches have already said he’ll be the starter when kickoff time rolls around for the Dec. 4 game.

As for who the Browns will play in that first week back? None other than the Houston Texans — who traded the signal-caller to Cleveland earlier this year.