Demi Rose Mawby is rarely spotted without her swimwear, and it’s not hard to see why she loves it so much.

The 24-year-old model has been commanding attention ever since she stepped into the limelight, after dating Kylie Jenner’s ex-boyfriend Tyga in 2016.

In the years since, she’s become the ultimate bikini mogul, parading her curves in teeny two-pieces on a daily basis.

Providing the ultimate sex appeal in her latest shot, Demi wowed her fans in a strappy golden ensemble.

The brunette bombshell paraded her hourglass figure in the world’s skimpiest swimsuit.

Turning up the heat in the bondage style swimwear, a series of belts fell across her torso, grazing her underboob.

Risking major overexposure in the teeny outfit, she managed to avoid flashing too much of her chest – but her groin soon came on show.

Although she managed to avoid a mortifying wardrobe malfunction, it didn’t stop her leaving very little to the imagination. 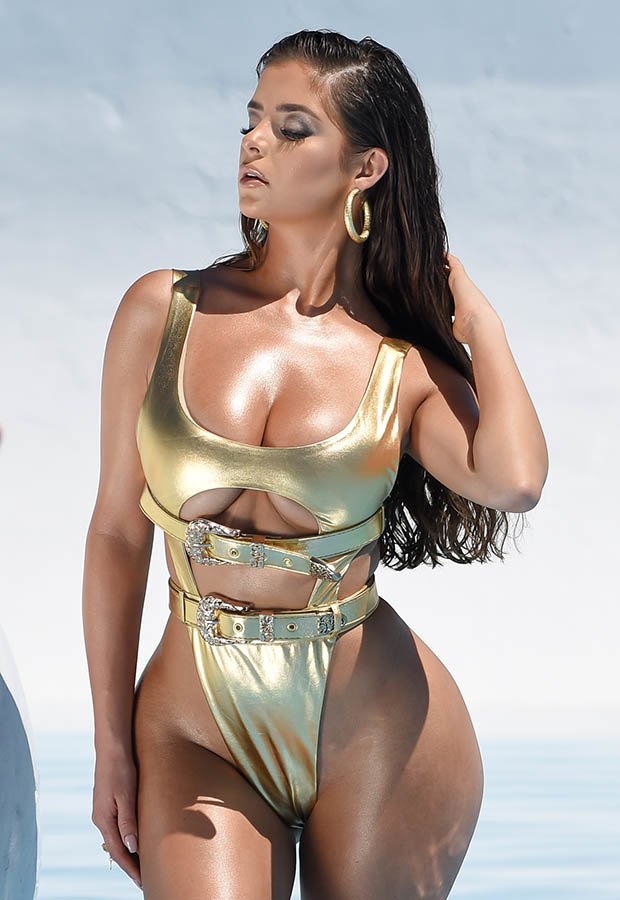 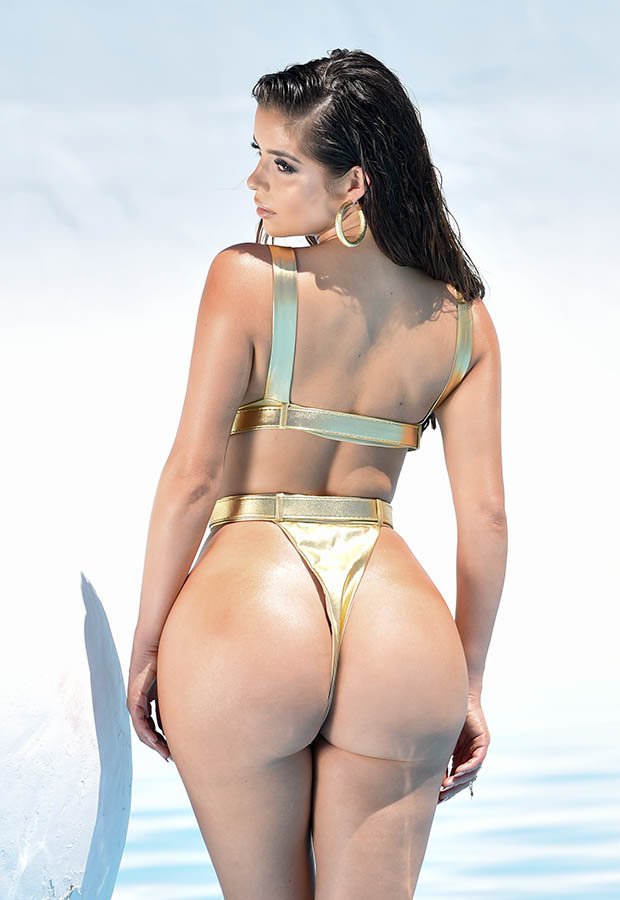 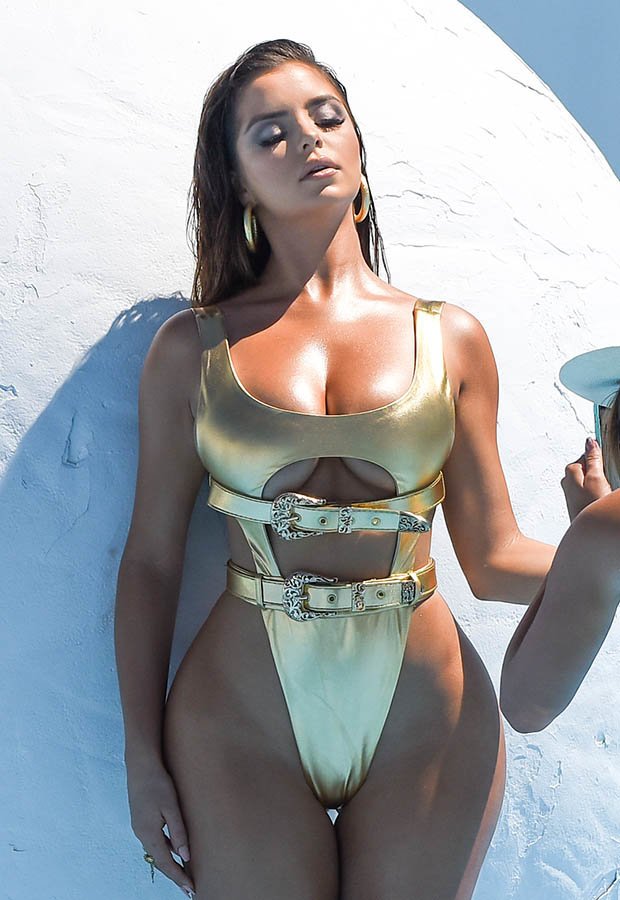 Turning around for the ultimate belfie, Demi flashed her bare booty in the thong bottoms as she strutted her stuff for the shoot.

With her long locks taking on a damp exterior as they fell down her back, the beauty definitely commanded attention.

Opting for dark eyeshadow, the brunette was dolled-up to the nines as she added a pair of golden hoop earrings to finish the look. 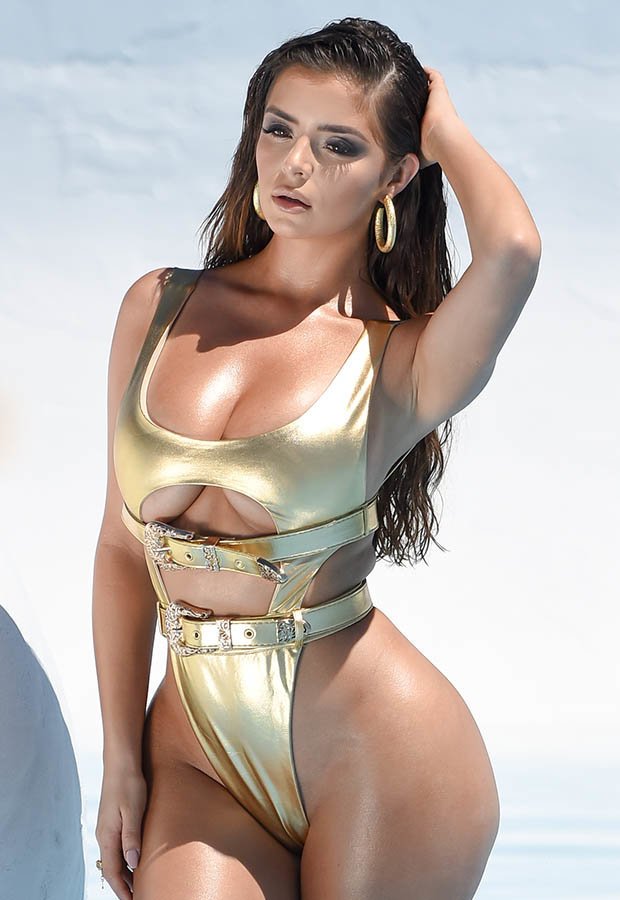 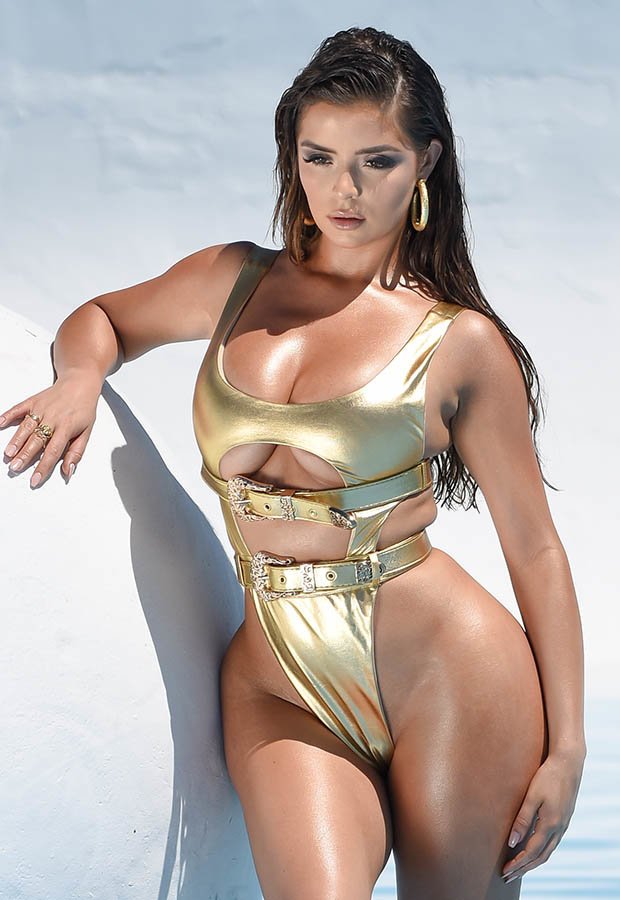 Putting on the ultimate poses for the camera, it’s not surprising the babe has gained a whopping 9.2million followers on Instagram since stepping into the limelight.

The bombshell shares snaps in a bikini on a daily basis, and she’s always turning up the heat.

Commanding attention in almost every shot, Demi’s followers can’t help but come back for more – and it’s not hard to see why.