Courteney Cox and Coco played a game of ‘Who Knows Who Best’ where the hilarious ‘Friends’ related question came up.

Courteney Cox, 57, put her daughter Coco Arquette in the hot seat! The Friends star and her 17-year-old played a game of “Who Knows Who Best” via Instagram, where one burning “bonus” question came up: “Would you rather have a date with young Joey or young Chandler?” The question, of course, referred to the fictional friends characters played by Matt LeBlanc and Matthew Perry, respectively.

Courteney — who played Monica Gellar on the series for a decade — guessed that Coco would probably go with the lovable but dimwitted Joey. “Correct,” Coco replied to her mom with a nod. Of course, Court’s on-screen love interest was Matthew’s character Chandler: Monica and Chandler’s friendship took a romantic turn after Ross’ wedding in season four, with the pair eventually marrying in season 7.

In the hilarious video, the mother-daughter duo tackled a slew of topics — including their favorite crunchy snacks, meal, and pet peeves. Coco confessed her go-to “crunchy” snack is Fritos, before noting that her mom’s fave meal is steak and broccoli. Coco’s? “I’m going to say is…well, you eat pasta every day but I’m going to say sushi,” Courteney added. “Correct,” Coco answered back, pointing out her mama also loves a bowl of pasta. 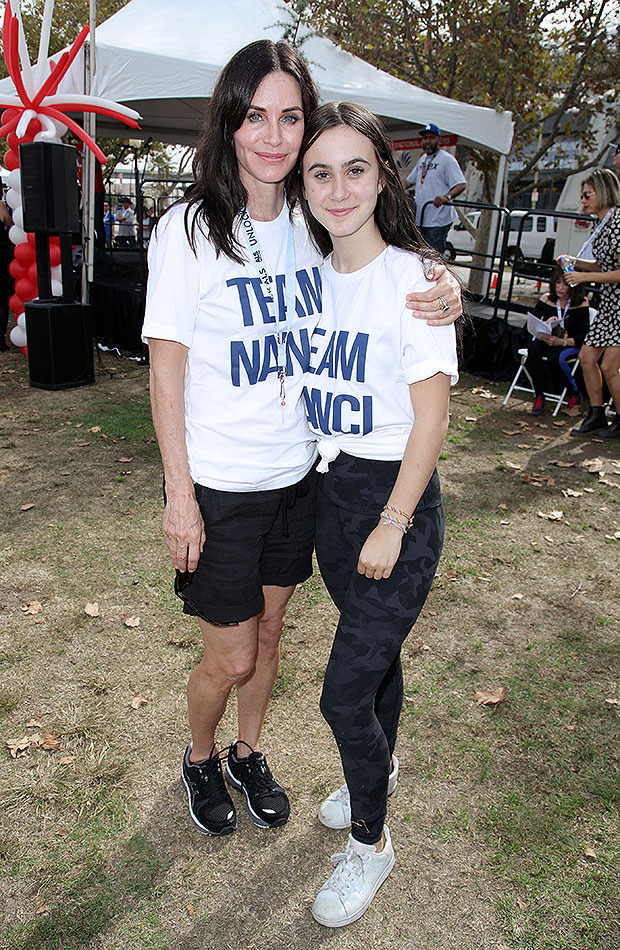 Towards the end, it turned out that mom knows best: “Apparently I know Coco more than she knows me!” the Birmingham native said as a score flashed up, revealing that Courteney only one by one point. “That’s not true!” Coco argued back.

“Who knows who best?” the Friends star wrote in her caption. “Here’s to another great season of @9MonthswithCourteneyCox! To celebrate, Coco and I thought we’d play who knows who best. Check out the season finale tomorrow on @FacebookWatch,” she added.