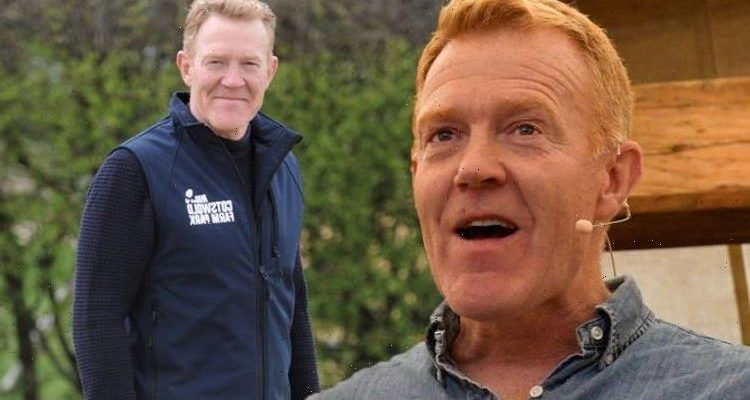 Adam Henson, 55, has reflected on the importance of his farm during lockdown in an unearthed interview. The Countryfile presenter struggled in lockdown, like many other families, but thanked his farm for keeping him sane.

Adam broke into television in 2001 when he was successful in gaining a presenting position on BBC’s Countryfile.

He runs the Cotswold Farms Park, which his father started, with the site attracting over 70,000 visitors per annum.

He and his friend Duncan Andrews also took on the lease of Bemborough Farm from his father in 1988, with the pair now jointly running the 1600 acre estate.

On the estate they grow wheat, spring barley and oilseed rape, alongside a flock of 350 commercial ewes and numerous breeds of farm animals.

The farm was first opened by Adam’s father in 1971, with the aim to protect rare breeds of farm animals.

Adam thanked his farm life for keeping him sane during lockdown in an unearthed interview.

He said to the Radio Times: “I’m a big open-spaces person; being stuck indoors would have been a nightmare.

Adam continued that without his farm he would have “really struggled” in lockdown.

He also had to shut his Cotswold farm park in Cheltenham for several months during lockdown, leading him to stress that his business may not survive.

“I was crying thinking, ‘This is it. We’ve lost the business.’

“But thankfully the furlough scheme came in. But it’s been a tough 18 months.”

Adam sparked a frenzy online on October 27 as he wore a dapper suit on Instagram, a far cry from his farm wear attire.

Posing in front of a large statue of the ionic red Welsh red dragon, he looked coordinated with his red tie, which he paired with black smart shoes.

“I’ll be on stage very soon and looking forward to sharing my farming experience.”

Rushing to the comments section, his loyal following wished him well at the event.